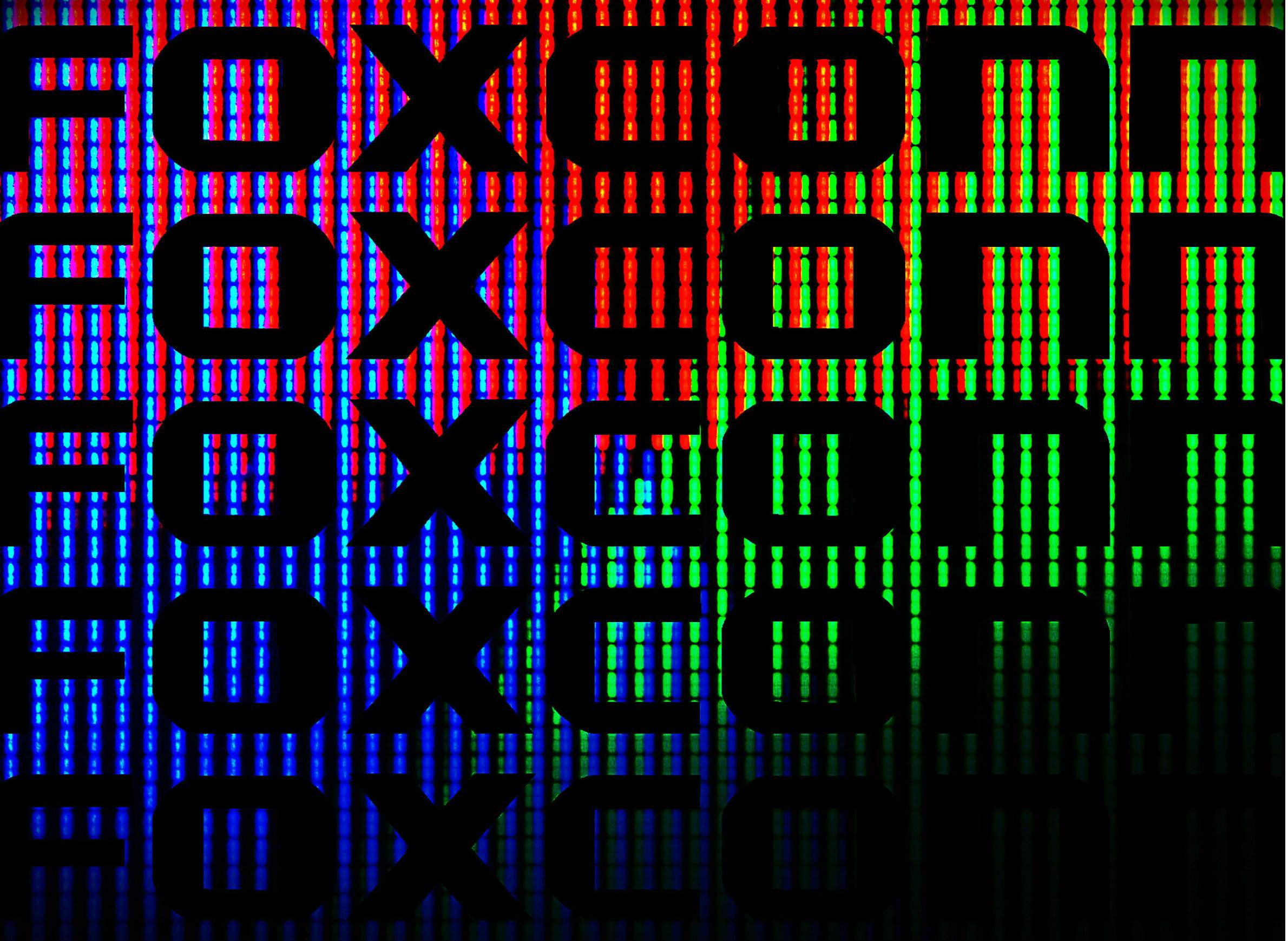 Illustration by Will Cushman and Kristian Knutsen; photo via Daniel Parks (CC BY-NC 2.0)

A bubbling sense of uncertainty enveloping Foxconn's plans for its manufacturing and research operations in Wisconsin has sparked considerable speculation around the state in the opening months of 2019. Industry analysts and other observers are wondering to what extent the company's promises would, or even could, come to fruition as its public commitments evolve at a fast clip.

What's driving this renewed uncertainty? Identifying any single factor as the root cause would be an oversimplification, at best. Many variables are likely to influence an economic development proposal of this scale, which spans continents and cultures and is unfolding during a volatile time in state, national and global politics. Still, distilling the sundry forces at play, four key factors are contributing to the questions about Foxconn's future in Wisconsin.

1. Foxconn's priority is its bottom line.

Various observers of the LCD industry were skeptical from the outset that Foxconn would generate up to 13,000 manufacturing jobs in Wisconsin. Reports that the company was scaling down its manufacturing plans in the state seemed to confirm such doubts.

Einar Tangen, a political and economic affairs commentator based in Beijing, said in a Feb. 8, 2019 interview on Wisconsin Public Television's Here & Now that higher labor costs in the United States make the prospect of bringing thousands of manufacturing jobs to Wisconsin a non-starter for a global firm like Foxconn.

"For what is in essence a one-hour wage [in Wisconsin], you can hire somebody in Vietnam or India or Bangladesh for an entire week," Tangen said. "So from a productivity point of view and labor, it does not make any sense."

Meanwhile, the market for Apple's iPhones, a core component of Foxconn's business, softened in 2018. If Foxconn's plan for a smaller manufacturing facility in Mount Pleasant comes to fruition, it would be producing screens for tablets, smartphones and other smaller products as opposed to big-screen TVs.

Paul Semenza, an independent technology consultant based in Silicon Valley who is an expert in display panel manufacturing, said on the Feb. 8 episode of Here & Now that the slowing market for smartphones was likely affecting Foxconn's plans in Wisconsin.

"I think it’s clear to lots of people that Apple’s been tremendously successful in pushing out the iPhone around the world," Semenza said. "And sometimes that success can, you know, eventually come back to bite you because you basically sell your product to everyone who’s willing or able to buy it and then your sales slow down."

iPhone sales are slowing just as LCD manufacturers around the world are slowing investments in new capacity, he added.

On top of that factor, Semenza said that with the great bulk of the smartphone supply chain and assembly process remaining firmly in Asia, the prospect of manufacturing LCD displays for smartphones in Wisconsin would likely never make much business sense.

"And that's why you, if you're Foxconn, you’re looking for quite a big subsidy, such as they've negotiated for with the state, to try to make it make sense," Semenza said. "And I think even with the scope of the subsidy that they've negotiated, maybe now they're realizing, or really putting pen to paper, and saying 'Can we still make this a profitable venture?'"

Another way Foxconn could seek to make the venture profitable might be to fast-track its current push toward greater automation, which would mean fewer workers in Wisconsin.

2. Foxconn is caught in the crossfire of trade volleys between the U.S. and China.

Complicating Foxconn's business calculations, the cross-currents of the international trade war — in particular the tariff tit-for-tat between the U.S. and China — adds a layer of political and economic unpredictability to its Wisconsin investment.

The Foxconn deal was called "a pawn" in the trade dispute by an international economist quoted in a Milwaukee Journal Sentinel report about the ongoing uncertainties. However, a desire to shield itself from a threatened trade war between the U.S. and China may have been one of Foxconn's chief motivators when it announced its plans for Wisconsin.

Austin Carr, who investigated what Foxconn is doing so far in Wisconsin for a Bloomberg Businessweek cover story, said in a Feb. 8 interview on Wisconsin Public Radio's Central Time that Foxconn officials were almost certainly considering looming tariffs when they struck the deal to invest $10 billion in Wisconsin in 2017.

"When they're setting up these deals, they’re thinking longer-term about what’s going to benefit them," Carr said.

Announcing a major investment in the U.S. just as a trade war was ramping up could have been considered a strategic way for Foxconn to insulate itself from the trade dispute, Carr added, by building goodwill with powerful politicians, including President Donald Trump, and then-Speaker of the House Paul Ryan, whose former district includes the the company's campus in Mount Pleasant.

That goodwill was tested, however, when Reuters reported on Jan. 30 that Foxconn was considering a major scale-back of its investment. Soon after that news broke, Trump and Foxconn founder and CEO Terry Gou reportedly spoke on the phone, and plans for a manufacturing facility in Wisconsin were quickly restated.

As summarized in the Milwaukee Journal Sentinel, "The implied bargain is clear: Foxconn will keep alive its Wisconsin investment as long as Trump ensures Foxconn continues to have wide-open access to American consumers for its Chinese-made imports — and as long as Wisconsin taxpayers subsidize the project with the most expensive package of subsidies ever from a U.S. state to a foreign company."

3. Foxconn may not have expected the American public's high expectations.

Another factor that could be adding to the confusion are cultural differences between Foxconn's leaders who run manufacturing facilities in Asia and the U.S. government officials who negotiated the deal (as well as the American taxpayers footing the bill).

Harvard Business School professor Willy Shih, in an essay for WisContext, noted that Foxconn's splashy entry into Wisconsin, followed by a reality check and change of plans, tracked closely with how large economic development projects often unfold in China. Essentially, politicians and business leaders use their announcement to achieve political and public relations goals and then work out the details later, Shih wrote. Sometimes projects are scrapped altogether, but often they're reworked until they make economic sense.

"It seems possible that this adjustment was what Foxconn was trying to do — shift the project to a sounder economic footing," Shih wrote. But in the U.S., where such massive public-private economic development deals are not as common, shifting plans may seem like breaking a pledge, he added. 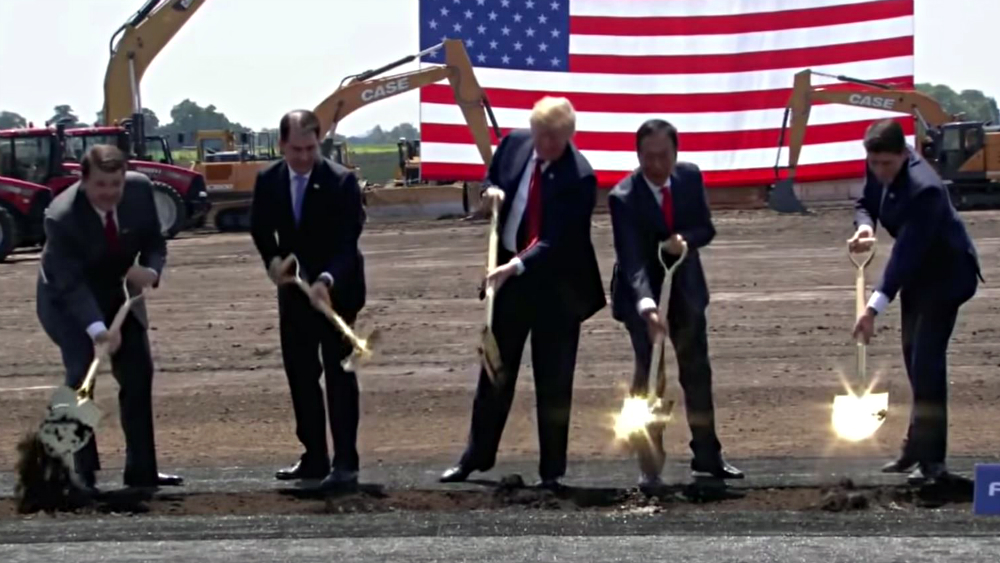 Einar Tangen made a similar point, saying that the Taiwan-based company's leaders "are very, very Eastern in the way that they approach things. And that means that you've signed the paper and then you start to figure out how it can be done. And there's an expectation that you'll give a little bit in order to get something that you desire. From the Western perspective, that is ... not seen as cricket, as they say. It's more something where they think that this is bad faith."

That perception of bad faith could lead to misunderstanding, and ultimately, conflict, Shih wrote.

"In the U.S., the view leans more towards 'holding their feet to the fire' and making sure the party who got the subsidies delivers on what they promised to do," he noted.

Indeed, during the 2018 election campaign in which he criticized Wisconsin's deal with Foxconn, Gov. Tony Evers, a Democrat, said he hoped the state would "hold Foxconn's feet to the fire going forward."

Evers came under criticism himself from Republican leadership in the state Legislature who blamed the governor for the January 2019 report that Foxconn was reconsidering its manufacturing plans in Wisconsin. The ensuing tumult set off a flurry of denials by state and local officials, as well as by the company, while PolitiFact Wisconsin deemed the Republican accusation to be "ridiculous."

Expectations in Wisconsin have helped fuel the deal's effect on the state's politics. With Foxconn's hiring progress slower than projected in its first year, and the 2020 U.S. presidential race heating up, the project could continue to be an unpredictable hot-button political issue for the foreseeable future.

Another variable making it difficult to know where exactly the Foxconn project will land is the company's business and public relations practices.

Austin Carr, the Bloomberg Businessweek reporter, interviewed nearly 50 sources for the story about Foxconn's early workforce in Wisconsin. Its depiction of the operation was not glowing, describing "chaos" and confusion among many of the employees who have so far been hired.

Carr recounted stories from former temporary workers and interns, who described low wages and layoffs after they said Foxconn initially led them to believe they would eventually be hired permanently. He also noted that Foxconn missed its 2018 hiring goal, and that the workers it had hired in Wisconsin were often little more informed about the company's next steps than the public.

"We sent them 135 fact checking queries ... and they didn’t respond to 66 of them," he said. "A lot of their answers were extraordinarily opaque."

Meanwhile, in a separate interview on Feb. 8, Carr told WPR's Brady Carlson that Terry Gou has a history of altering the course of major investment plans with little warning.

"A lot of the former executives we talked to for this story, who were involved in a number of these deals, just describe him as almost unsentimental about being willing to renege or all-out abandon some of the commitments he's made," Carr said.

WisContext has reached out to a Foxconn spokesperson for comment.