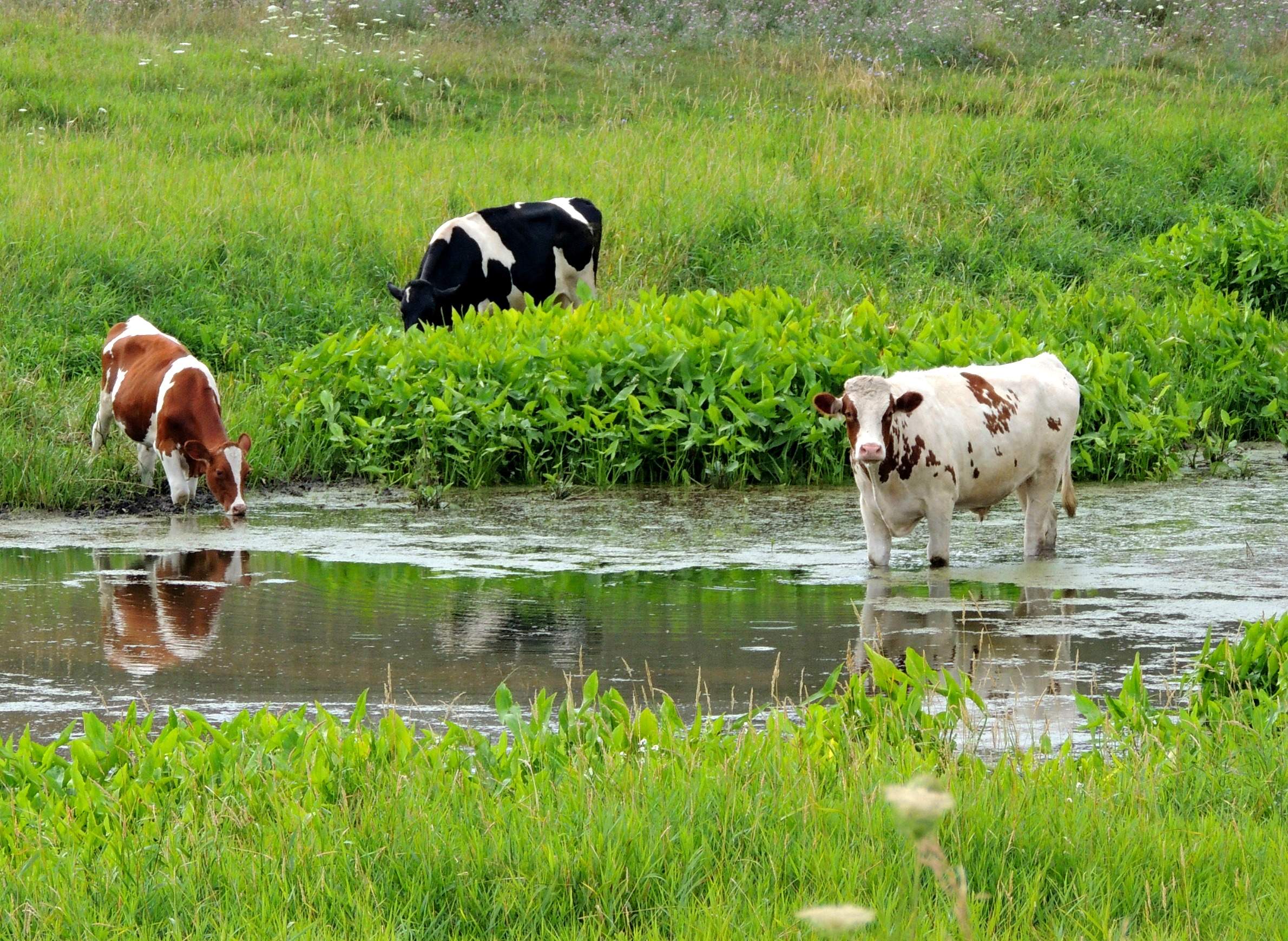 Climate change may give a big boost to dairy farming in the Midwest, including Michigan and northern Wisconsin, a new study of the future for U.S. dairy farms reports.

"Dairy production in North America will shift to areas with sufficient rainfall and adequate growing seasons, primarily migrating from the West and Southwest to Great Lakes regions and into the Canadian prairies," according to Jack Britt, a former Michigan State University professor and now a North Carolina-based industry consultant.

"Dairy farms will relocate to regions that have ample rainfall and suitable climates," he said in a recent study that looks at dairy farming in 2067.

Five of the country's top 10 milk-producing states already are in the Great Lakes region: Wisconsin (2), New York (3), Michigan (5), Pennsylvania (6) and Minnesota (8). When it comes to the number of milk cows, Wisconsin is second and New York is third, with Pennsylvania in fifth place, Minnesota in sixth and Michigan in eighth. California ranks first in both categories, according to Statista.

Ernie Birchmeier, a livestock and dairy specialist at the Michigan Farm Bureau, said Michigan's dairy industry is already expanding fast, with "a tremendous amount of growth over the last decade." The state accounted for one-third of the industry's national growth in 2016 "because of the positive climate we have for dairy production," she said.

"We have for the most part a temperate climate that doesn't stray much from the norms and conducive to growing feedstuffs," Birchmeier said. "We're also fortunate that compared to the Southwest we have a much more reliable water source."

Looking ahead 50 years, Britt predicted that all seasons will become warmer in the upper Midwest and Northeast, and "water demand will increase less in these regions than in almost any other parts of the country."

That’s bad news for the Southwest and West where the "availability of water for dairy farms will be limited" by late in this century, he wrote in the study.

And in an interview, Britt said rising temperatures will put Michigan, northern Wisconsin and Canada's prairie provinces in a "sweet spot."

Dairy farmers should take a long-term view to take advantage of those expected changes: "I'd probably be investing in land," he said. "I know farmers that are large-scale operators looking at where they're going to be dairying in 20 or 30 years."

The Michigan Farm Bureau's Laura Campbell, said preparations for climate-related changes are underway among crop growers and other types of livestock farmers as well, whether they attribute their actions to climate change or to "because it's right for my farm."

For example, they're more aware of the impact of changes in precipitation than in the past and how that affects the movement of nutrients on and off of their fields.

"You'll see most of it in the western Lake Erie Basin," where they're saying, "we've got to do something about algal blooms," according to Campbell, the organization's manager of agricultural ecology.

The Farm Bureau's Birchmeier emphasized, however, that dairy farmers should make decisions based on economic returns "much more so than on climate change expectations." For example, he noted that Michigan already produces more milk than can be processed in-state, so dairy cooperatives are sending the excess to Wisconsin, Indiana, Kentucky and Pennsylvania for processing.

Meanwhile, Brit predicted other significant changes for the region's dairy industry, including a doubling of milk production per cow, genetic breakthroughs and growing international markets.

While U.S. demand will likely remain stable, demand will jump in Africa and Asia, which will be home to a projected 81 percent of world population in 50 years, he said. And U.S. dairy farmers need to develop products that meet the needs of those continents.

Editor's note: This article was originally published on Aug. 31, 2017 by Great Lakes Echo, which covers issues related to the environment of the Great Lakes watershed and is produced by the Knight Center for Environmental Journalism at Michigan State University.