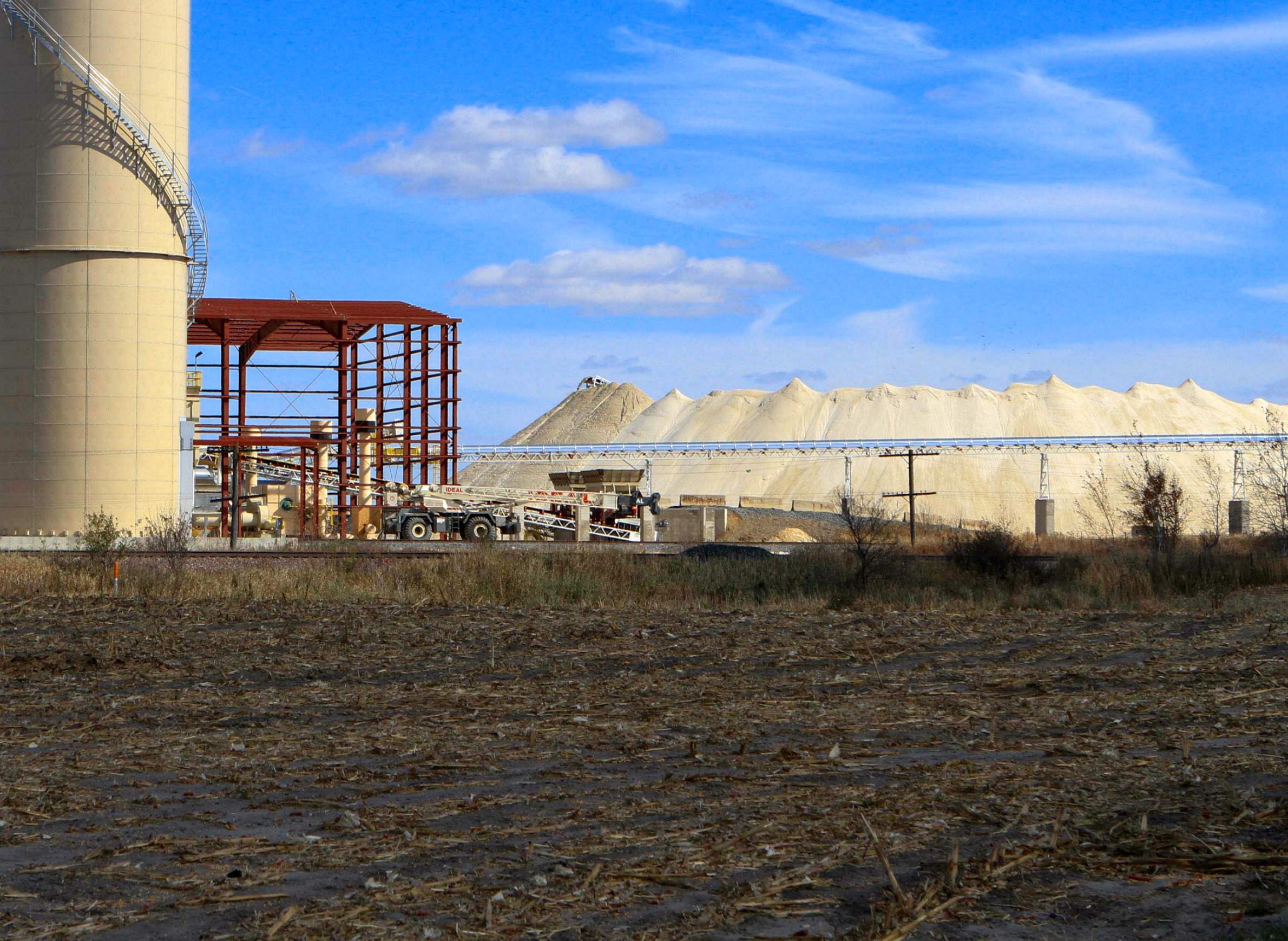 Companies that mine western and central Wisconsin's coveted silica sands, which are well-suited to use in hydraulic fracturing for oil and natural gas, have encountered mixed business prospects over the course of 2016. Early in the year, some frac sand operations in the state were shutting down or going dormant in response to a slowdown in the fossil fuel industry, driven by changing market conditions and growth of renewable energy in response to the challenge of climate change. By fall, though, a slump in demand was starting to let up, and a couple dormant mines resumed production.

Two frac sand mining industry figures weighed in on what might be in store for 2017 on the Dec. 12, 2016 edition of Wisconsin Public Radio's The West Side. Rich Budinger, operations manager for Fairmont Santrol and president of the Wisconsin Industrial Sand Association trade group, and IHS energy consultant Samir Nangia each said they see things looking up for this business.

Frac sand mining boomed across a wide swath of western and central Wisconsin in the early years of the 2010s. Much of the region contains sandstone formations that can extract quartz sand of a uniform size and shape that works well for the process of fracking. The growth of this industry spurred local concerns and policy debate over its economic, health and environmental implications, which have continued even amidst the recent contraction in operations. Frac sand mining is regulated at the state level through permits administered by the Department of Natural Resources, which tracks sites that are active, inactive and undergoing reclamation.

"Drilling and completion activity followed the same trajectory as oil prices did," Nangia said. "2014 is when oil prices started to decline and we saw a meaningful decline in completion activity," he added, using the industry jargon for preparing a well. The decline then became steeper in 2015 and 2016.

Nangia pointed out that China has been responsible for about 60 to 70 percent of the world's new demand for oil in recent years, so recent instability in the Chinese economy has weighed on Wisconsin frac sand producers as well.

And this being the energy industry, neither the ups or downs are ever really permanent, Budinger explained.

"Our industry is very cyclical," he said. "This recent downturn is another cycle, even though it's a little bit deeper and a little longer."

Though the consensus is that demand for Wisconsin's frac sands will rise in 2017, it's not yet clear by how much.

The West Side host Rich Kremer also played excerpts of a previously recorded conversation with Rick Shearer, CEO of Superior Silica Sands, a Texas-based company with operations in Barron and Chippewa counties.

"I'm hearing from our customers that they were going to ratchet up their budgets for next year and do more drilling," Shearer said. He expects that overall market demand for frac sand in 2017 to range between 50 and 55 million tons.

Nangia said he's anticipating a demand closer to 45 million tons, though that number doesn't take the OPEC cutback into account and might have to be revised upward if fracking operations expand given higher prices. He said the market could recapture 2014's demand of about 60 million tons by 2018 if current trends continue. Additionally, increasingly efficient fracking techniques means that this method for extracting oil can break even or turn a profit at lower prices than before.

Meanwhile, fracking operations are drilling longer lateral wells, which means they use more sand. The average well drilled in 2007 used about 4 million pounds of sand, but a decade later that figure is approaching 8.5 million pounds, Nangia said. In industry terminology, that's described as an increase in "proppant intensity," or the amount of sand used for each individual well. Proppants are sand and other solid materials used in fracking.

Still, Nangia did counsel a bit of caution. Even in boom conditions, oil and gas companies only need so much frac sand to blast through rock, and there's a point where more sand doesn't necessarily mean more oil or gas.

"We do seem to be reaching the limits of how much proppant intensity we can do....and it seems that there's no incremental hydrocarbon benefit beyond perhaps 2,500 [pounds per square foot]," he said. "The other thing I would say is that only the best rock benefits from the greater use of proppant."

Frac Sand Deposits Are Abundant In Wisconsin
The Life Of Land After Frac Sand
What Karst Is, And How It Affects Wisconsin's Drinking Water
The Doctor-Patient Relationship In The Opioid Crisis
Why Addiction Keeps People On A 'Road Of Pain'