The Tasks Foxconn Could Create For Local Governments 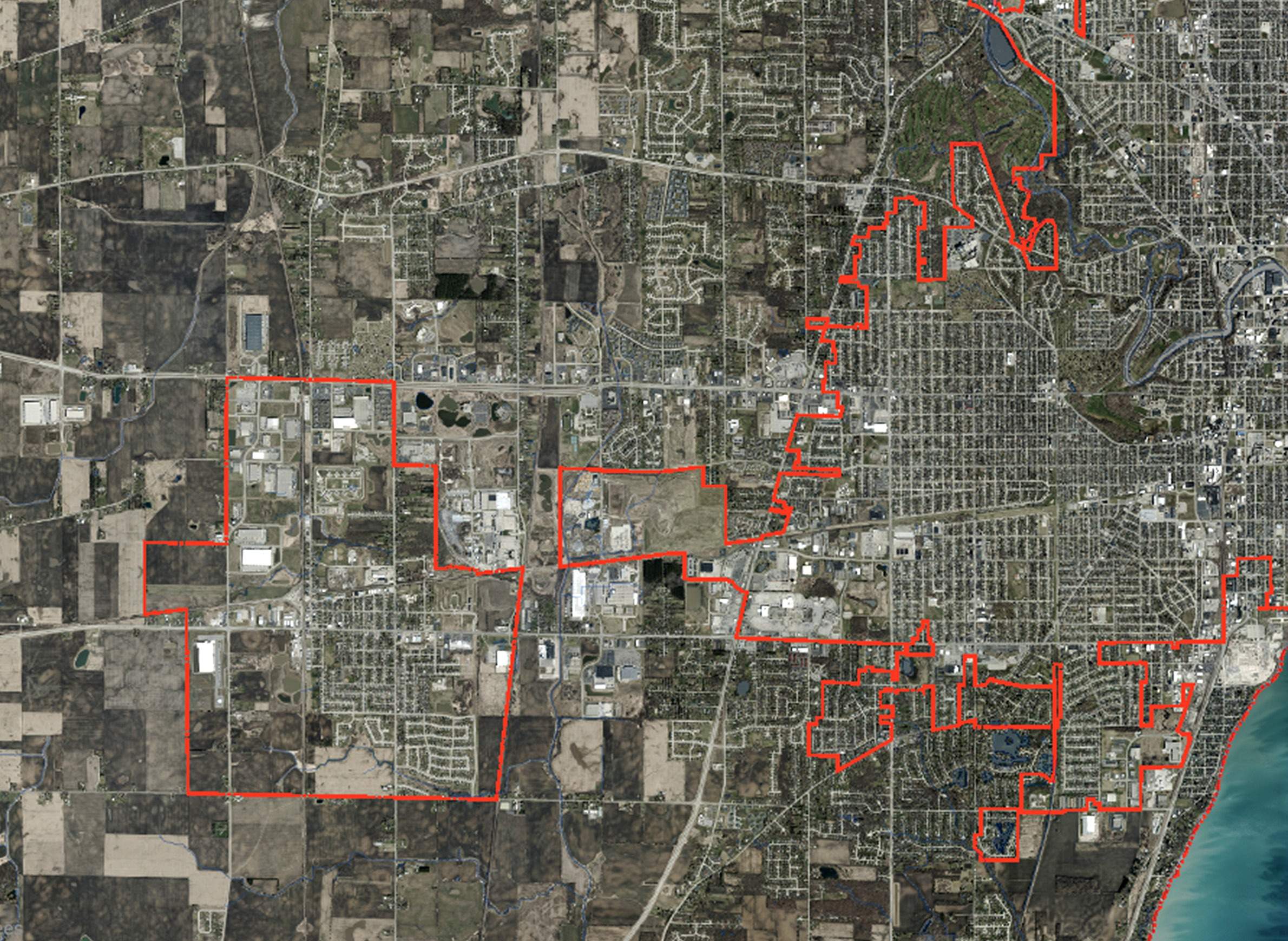 The state of Wisconsin may offer $3 billion in incentives for electronics manufacturer Foxconn, pending the outcome of haggling in the legislature. But local governments surrounding the factory will have plenty of complex processes of their own to deal with if the company moves ahead with its plans for southeastern Wisconsin.

Town, village and city governments would inevitably have many roles to play before and after groundbreaking, from road construction to connecting the Foxconn facilities with sewer and water access. They'd also be dealing with a common but frequently misunderstood tool of local government: tax increment financing.

When a local government creates a tax incremental financing district — often abbreviated as "TID" or "TIF district" — it can issue bonds to borrow money in order to pay for infrastructure improvements and development incentives within that district's geographical boundaries. Over time, the government body creating the TIF district collects property taxes from within it, ideally repaying the cost of the borrowing. Essentially, TIF lets a local government front some money to jump-start development without raising taxes or depleting too much of its existing cash reserves.

The Foxconn incentives bill (AU 7 AB1) state legislators are debating would loosen some restrictions on TIF districts that overlap with a so-called "electronics and information technology manufacturing zone" in which the planned Foxconn operation would exist. State law generally allows a TIF district to operate for 20 years; under the incentives bill, a TIF district overlapping with the technology zone could run for 30. The bill also lifts a cap related to property value within a district.

To get a TIF district going, a city, village, or town government generally has to put in a lot of work. Wisconsin Taxpayers Alliance president Todd Berry explained this process in an August 11, 2017 interview with Wisconsin's Public Television's Here & Now.

The areas where Foxconn may have scouted property for the proposed factory are near Racine and Kenosha, but fall within small municipalities like the village of Mount Pleasant, which encompasses a mix of rural and suburban areas.

Mount Pleasant has a substantial population of just over 26,000 people. But financing the infrastructure improvements to make 1,000 or so acres of largely undeveloped rural land appropriate for a massive factory would be a huge undertaking for a municipality of that size.

"Because of the scale of this thing ... we may be talking about four-lane highways for miles," Berry said.

In an Aug. 4, 2017 blog post, Berry noted that local government would need to ask four questions about their role in the Foxconn development, including what happens if a TIF district fails.

"If pending Foxconn legislation is approved and a local TID fails, the state would have a 'moral obligation' to pay up to 40% of municipal investment," he wrote. "Should lawmakers commit to absorbing local borrowing costs, regardless of project size?"

The state's incentives bill for Foxconn is on a fast track but it's tougher to hasten a TIF district — local officials have to decide on its boundaries and the specifics of how much they want to borrow against it eventual anticipated tax revenue, and subsequently reach enough consensus on the specifics to receive the approval of a city council or village board.

A manual from the state's Department of Revenue details the many steps required to launch a TIF district, including holding public hearings on the proposal. It requires a "certain due diligence," as Berry put it on Here & Now. Additionally, town governments have more limited authority to create TIF districts if the township has a population of under 3,500 or a total property value of under $500 million.

"Nobody really has given much thought to how fast can local governments do this," Berry said.

Of course, creating a large TIF might be easier if Foxconn selected land within a small rural town and a nearby city or village annexed it in order to have more TIF options for the factory site. But annexation could add another layer of local political controversy to the process.

"There's nothing like local annexation issues to stir the drink," Berry said, laughing.

The larger question for local governments is what they'd get out of investing in a Foxconn factory complex in the long run. Nearby local communities' property values and tax revenues will be profoundly intertwined with the fortunes of the facility.

"Because it will be such a large part of their tax base of the community, [Foxconn is] going to pay something," Berry said.

If boosters' promises do pan out and Foxconn does indeed create thousands of jobs with decent pay, local governments would see increased tax revenues, both those in whose borders the factory is located and others nearby. This bump would go to not only municipal governments, but also schools and other public entities.

Of course, this bet for local governments also hinges on how long the LCD screens made at such a factory can stay competitive in an ever-evolving electronics market.

"Suppose we had built a factory to make landline phones 30 years ago," Berry said. "Technology changes."