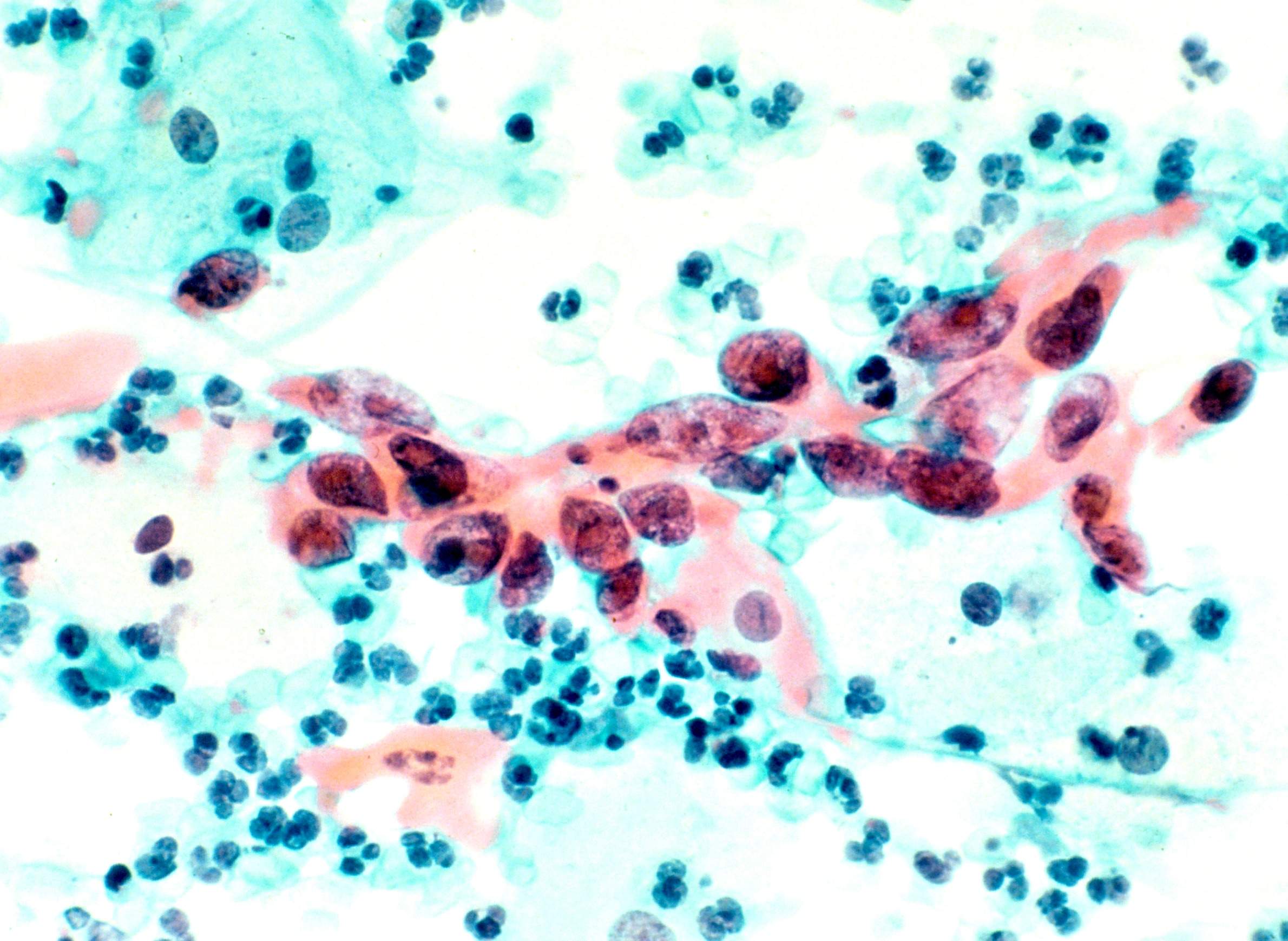 A stained and magnified cytological specimen shows squamous cell carcinoma in the cervix.

When it comes to receiving treatment for cervical cancer, many minority women are receiving poorer care than their white counterparts.

That's the takeaway from a new study co-authored by a Wisconsin doctor and published this month in the journal Obstetrics and Gynecology.

"It is well known through a variety of sources that cervical cancer in this country, while the rate is quite low, is disproportionately high in underrepresented minorities," said Dr. Laurel Rice, chair of obstetrics and gynecology at the University of Wisconsin School of Medicine and Public Health. "The publication that came out this month highlights that fact, both in terms of incidence and mortality, and directly attributes it to the lack of health care providers to follow national cancer established guidelines."

Rice's study looked at more than 16,000 patients with advanced cervical cancer who received National Cancer Institute guideline-based care, which is the national standard. Results found that while white women received care that met NCI standards 58 percent of the time, it was lower for both African-American women (53 percent of the time) and Hispanic women (51.5 percent of the time).

"There are racial and ethnic disparities in the delivery of guideline-based care, and it's not just at low-volume hospitals, it's at high-volume hospitals as well, if not more so," Rice said

Rice's study comes on the heels of another cervical cancer study, which found that a wider disparity in death rates between white women and black women who had the disease.

"I think both studies highlight the fact that this cancer disproportionately affects underrepresented minorities," she said. She also pointed to a Wisconsin Cancer Data Bulletin to show how these discrepancies are playing out in Wisconsin.

All of this, Rice said, raises an important question in this country, which is access to health care.

"Because cervical cancer is preventable," she said. "There is an excellent screening platform to screen and diagnose pre-cancer, and then treat it. Underrepresented minorities are not enjoying the same access to health care."

With a likely repeal of the Affordable Care Act on the horizon, Rice worries what that might mean for cervical cancer care.

"It's hard to predict what's going to happen as it stands right now, but this particular cancer, in that there is successful screening and treatment of early pre-cancer, would be disproportionately affected by a decrease in access to care," she said.

So what can health care providers and policy makers do about all of this?

"Committing to programmatic expansion of screening services, for women, all women … is the first step," Rice said. "That is a broad platform, and it would require investment and commitment to women’s health, and recognizing where many women of lower socioeconomic class do receive their health care."

That means, among other things, keeping Planned Parenthood open and functional, said Rice.

"Planned Parenthood does a lot of screening for cervical cancer, and I think that’s a fact that’s overlooked by many," she said.

Ultimately, Rice said she's hoping the right people are listening to that message.

"The opportunity to make a difference here, if we invest and really pour some energy into preventing cervical cancer, would pay off."