Skip to main content
Series: Health Insurance And The ACA

What's Next For The Health Insurance Landscape In Wisconsin? 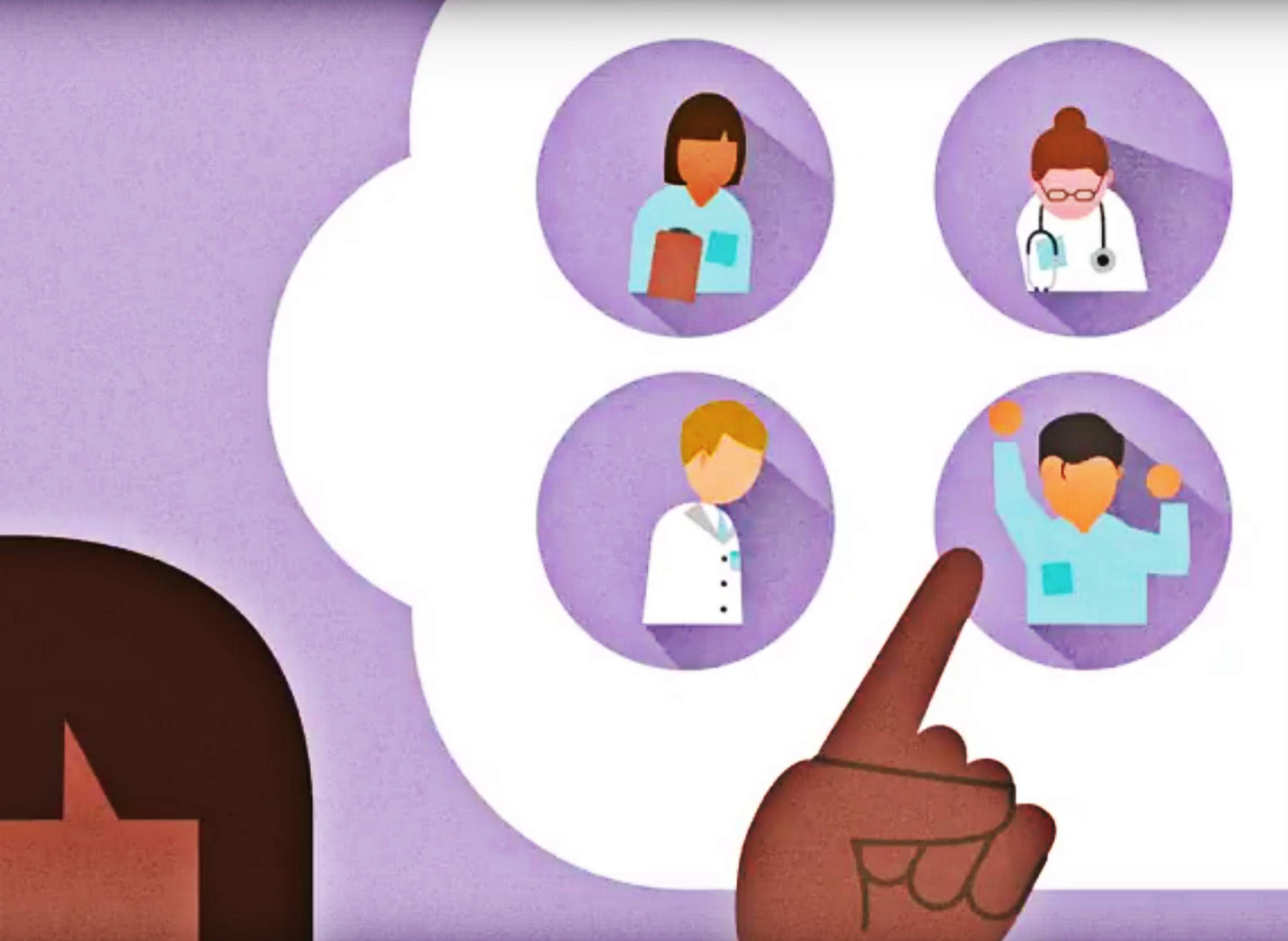 Many people are confused about the status of the Affordable Care Act: Did it get repealed? Are people still required to have health insurance? What about Medicaid and BadgerCare? Are recipients required to work and to submit to drug testing? Who do the various policy changes affect?

Federal and state policies addressing health insurance and health care coverage have been modified substantially since early 2017. In Wisconsin, the state Legislature passed a series of changes pursued by Gov. Scott Walker, and debates about additional adjustments continue. Amid these changes, state-based health insurers continue offering ACA plans and state residents continue enrolling in ACA plans, as detailed in a March 2018 report released by the University of Wisconsin Population Health Institute.

The Affordable Care Act in Wisconsin

Since the launch of the ACA, commonly called Obamacare, Wisconsin's rate of insurance coverage has increased substantially, with the rate of uninsured decreasing from 9.1 percent in 2013 to 5.3 percent in 2016. The number of Wisconsin's uninsured residents dropped from 513,552 in 2013 to 297,392 in 2016, a reduction of about 42 percent.

Wisconsin Uninsured, 2013 and 2016, Wisconsin Residents for Whom Poverty Status is Determined


Enrollment by Wisconsin residents in ACA-defined marketplace health plans remained robust over the past year, despite activity at the federal level to repeal and substantially change the law. The open enrollment period to get a policy for the 2018 calendar year was half the length of previous years' enrollment period, yet 225,435 Wisconsin residents selected ACA health plans. This figure compares to the 242,843 people in the state who selected plans during the 12-week open-enrollment period for calendar year 2017 plans.

Although Wisconsin residents continue to seek insurance coverage through the ACA health insurance marketplace, the state has experienced the departure of multiple insurance carriers from the program, including United Healthcare, Aetna and, most recently, Molina. These large national carriers stopped participating as the risk pool (the group of people with ACA plans) turned out to be older and less healthy than anticipated – and thus more expensive for the insurer.

Number of insurance carriers offering plans in Wisconsin, by county, for 2018 through the ACA Marketplace

Another substantial challenge developed over the course of 2017: The nationwide individual insurance market — comprised primarily of people who don't get insurance through an employer — experienced large increases in premium prices, with an average state increase of 38 percent. Several factors caused this substantial rise in premiums. Most directly, the enrolled population includes a higher proportion of older and sicker residents relative to younger, healthier enrollees, thus costing the insurance carriers more to cover. But why did the risk pool turn out this way?

In its early years, the ACA healthcare marketplace experienced low and moderate rates of premium increases, but in 2016 and 2017, premiums surged in response to federal policy changes. In 2017, the federal government stopped paying insurance companies for cost-sharing reductions, which are discounts that insurance carriers are required to provide for low-income enrollees.

Additionally, a federal reinsurance program ended, so insurance companies no longer got paid for handling unexpected high cost cases. And the federal government did not pay insurance carriers their expected risk-adjustment and risk-corridor payments. As a result, insurance carriers shifted all these federal payment shortfalls into premium increases for 2017 plans.

At the same time, the federal government reduced support for outreach and enrollment by 90 percent, and shortened the ACA plan sign-up period by half, from 90 days to 45 in most states. Insurance carriers raised their premiums to account for the expectation that people most motivated to enroll in coverage – those who are older and less healthy – would sign up, while the younger healthy people who generally delay enrollment may not appear.

Finally, in January 2018, Congress repealed the ACA's insurance mandate, so no tax penalty will occur after 2018 for people who do not have health insurance. This mandate helped encourage younger healthier people to enroll and share the costs of the risk pool along with those who are older and less healthy. With the mandate's elimination, insurance carriers will again expect an all-the-more unbalanced risk pool, and will likely raise premiums as a result, noted a Congressional Budget Office report.

Addressing premiums and affordability within Wisconsin

Health care consumers who have incomes less than 400 percent of the federal poverty level are shielded from premium increases through ACA subsidies, as the subsidy increases when the premium rises. However, consumers who make too much to qualify for federal subsidies are exposed to large increase in premiums.

This increase in premium prices, along with the reduction in participating plans and an increase in counties with only a single available carrier, have created concerns about the overall stability of the market, as detailed by Wisconsin's Office of the Commissioner of Insurance.

In early 2018, Gov. Walker proposed steps to address rising premiums in Wisconsin's individual health insurance market through the creation of a "Health Care Stability Plan." The plan uses a funding tool known as "reinsurance" that would pay insurers for their highest cost cases, so they would not have to build those prices into their premiums. This policy would make up for the elimination of the ACA's own reinsurance plan, and Wisconsin would be able to use federal funding to operate the new plan.

Around the same time, the Trump administration proposed an expansion of the availability of "short-term limited duration" plans, as well as another type of insurance known as association health plans, both of which would be exempt from federal individual market rules. These options provide for lower premium plans with less comprehensive benefits, and would further encourage healthier, younger people to leave the larger risk pool of ACA-compliant insurance plans. People with greater health needs and those in need of federal subsidies will remain in the ACA-compliant market, which an Urban Institute report released in March 2018 estimates could lead to a 20 percent premium increase.

Work requirements and drug testing for Medicaid and BadgerCare?

About one in five Wisconsin residents has some form of Medicaid coverage, including the state’s BadgerCare program for low-income residents and Family Care or other long-term care services for the elderly and disabled.

Gov. Walker has proposed that adults without dependent children (referred to as "childless adults") meet various new requirements in order to retain their BadgerCare coverage. Because the federal government pays a majority share of Wisconsin’s program costs, state changes to the program must be approved by the federal government, via an application to waive existing federal Medicaid rules.

The new requirements would first affect childless adults, including those who have never had children and those whose children have aged out of dependency. As of January 2018, 148,857 Wisconsin residents in this category received BadgerCare coverage. The proposed rules include $8 monthly premiums for members between 51-100 percent of the federal poverty level, with variation linked to health behaviors, co-payments for emergency department use, work-related provisions, and drug screening and testing The latter requirements also include expanded addiction treatment options.

It is not clear how many currently enrolled BadgerCare members would be subject to the new requirements. National estimates indicate that about 60 percent of non-disabled Medicaid enrolled adults are currently employed. Most of those who are not employed report that they are taking care of a home or family, are ill or disabled, or going to school, which would exempt them from Wisconsin’s work requirements.

The Wisconsin Department of Health Services projects small declines in BadgerCare enrollment by the end of 2023. However, enrollment declines could exceed these projections and spill over to other eligibility groups if people become confused about their continuing eligibility or which rules apply to them.

A majority of people in Wisconsin, about 55 percent of the state's residents, get health insurance through their employer or a family member's. They may think that these other policies do not affect them. However, federal and state policies related to the ACA has a major effect on all health insurance.

The ACA ensures people cannot be refused coverage based on pre-existing conditions, cannot be charged different prices based on their health status, and cannot have annual and lifetime caps imposed on coverage by their health insurance provider. Gov. Walker backed legislation protecting people with pre-existing conditions from insurance denials in the event the ACA requirements fall away, but it did not pass in both chambers of the state Legislature. Meanwhile, unless the state also sets equivalent rules related to premium prices and barring annual or lifetime caps, people with significant health conditions may still be priced out of health insurance or subject to unmanageable expenses.

The affordability of health insurance coverage and reliable coverage when illness or injury does arise remain major concerns for Wisconsin residents. As changes to the health care system continue at the state and federal level, particularly in an election year, it will be important to stay informed of developments and what they mean to individuals, families and communities.

Donna Friedsam oversees Covering Wisconsin, a program affiliated with the University of Wisconsin-Extension that connects Wisconsin residents with appropriate insurance coverage and other programs that support health, and promotes effective use of these resources. She is also health policy programs director at the UW Population Health Institute and a distinguished researcher in the UW Department of Population Health Sciences.