Wisconsin Faces Workforce Decline Despite Being 'State Of Stayers' 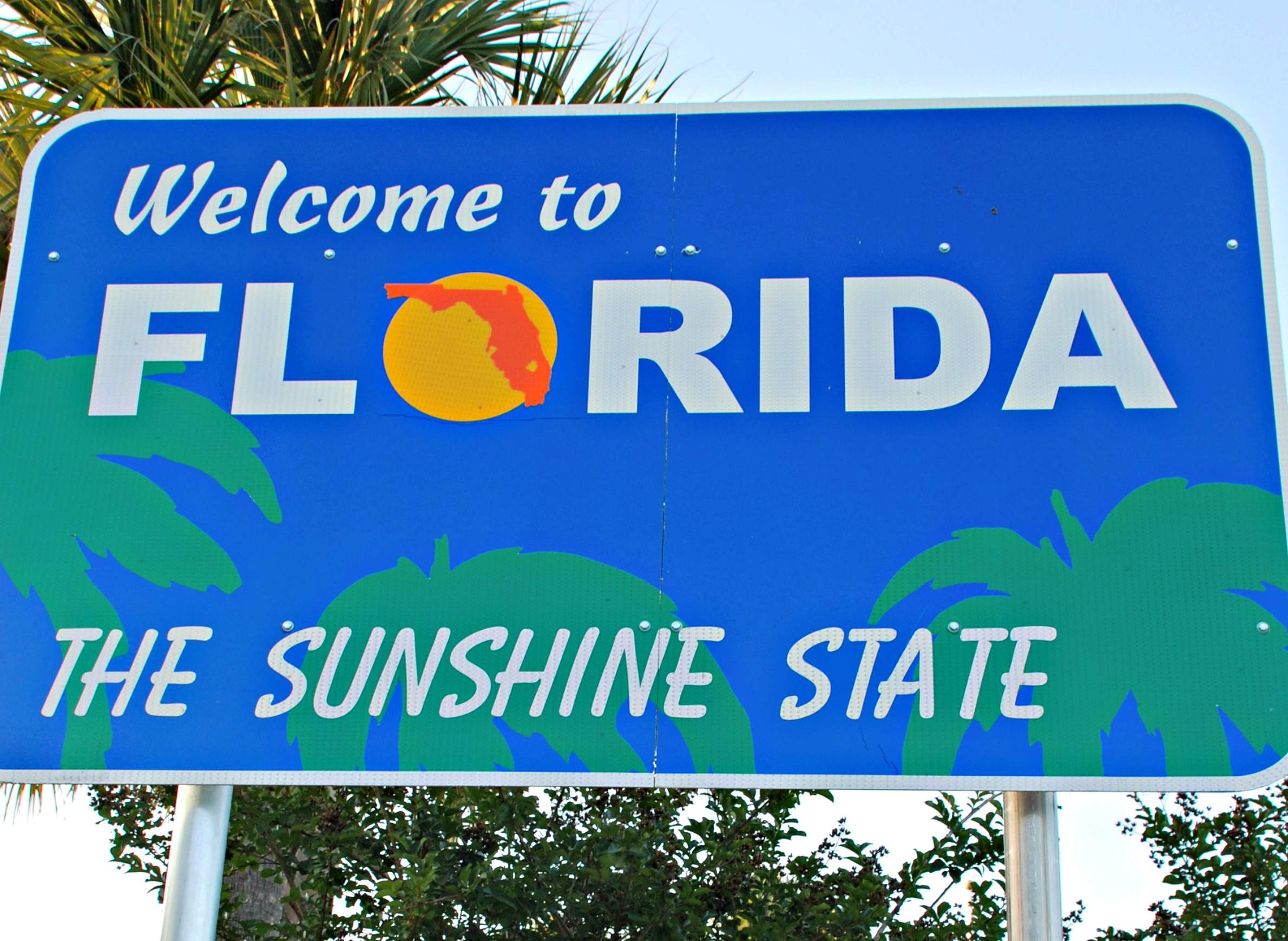 As in many other places in the U.S. and around the world, Wisconsin is getting older, enough so that its aging population will have profound economic consequences. However, Wisconsin also is not attracting new residents at the rate of others, and is not projected to do so in coming decades.

The Wisconsin Taxpayers Alliance, a non-partisan research and education organization that focuses on government operations and fiscal policies, published a report in July 2016 about demographic trends affecting the state. Titled "Wisconsin's Migration Challenge," it detailed how over the last decade more people have moved away from the state than into it, particularly younger adults, and how this pattern is reducing the net level of income in the economy. If the net outflow of residents from Wisconsin continues, and should birth and death rates align with projections, the state's population will not be able to keep up with its workforce needs in coming decades, the report noted.

In short, if the relatively small number of people moving to Wisconsin in the last few years continues into the future, that migration will not make up for the projected declines of the state's working-age population.

The Alliance's report drew on income tax return data sourced from the Internal Revenue Service. It noted that between 1994 and 2014, Wisconsin has experienced an ongoing decrease in its net migration. The numbers are relatively small given the state's overall population, which steadily grew from about 5.1 to 5.8 million people over that time: The peak net migration in the mid-90s was just over 9,000 people while the lowest number by the mid-2010s was a net outflow of nearly 10,000 people. Overall, Wisconsin gained some 43,000 people over those two decades, though more than 19,000 families left during the same period. This trend of increasing outflow and a net drop in family migration, which helps boost natural population growth through births, prompted the Alliance to issue a warning about the state's future workforce prospects.

Todd Berry, the president of the Wisconsin Taxpayers Alliance, discussed the report in an Aug. 26 interview on Wisconsin Public Television's Here And Now. He discussed the demographic trends facing the state, noting that baby boomers are retiring, the number of kids entering school is declining, and if Wisconsin does not attract more people to move to it, and keep more current residents from leaving, that will hobble economic growth.

"The long and short of this study is we see us losing people in 2010, '11, '12, '13 '14 at a faster rate than we should, and that means not only are we not going to grow the workforce, we're going to see a shrinking workforce if we keep this up," said Berry. "And that's probably, I think, the biggest economic problem facing the state."

Migration patterns in the U.S. broadly trend from northern and eastern areas to more southern and western regions. Wisconsin actually fared better than several of its neighbors over the last couple of decades when it comes to net migration, with Illinois and Michigan experiencing outflow of hundreds of thousands of people. Moreover, Wisconsin's residents are among the least likely to move across its borders out of all 50 states. Over 2012-14, 1.9 percent of the state's population moved elsewhere compared to a national average of 2.6 percent.

"Young people move, renters move, better educated people move, and when you look at Wisconsin, ironically, we have below average college-educated people, we have more homeowners, we have all the things that should make us a state of stayers, and indeed we are," said Berry. "You look at ranking states, we are more sedentary than all but three states in the country."

But people are not moving to Wisconsin either. The Alliance's report indicated lower wages in the state, particularly in STEM fields, as one challenge.

"If you're younger and trying to get established in a career, average wages in Wisconsin in most occupational categories are lower, sometimes 10-15 percent lower, and particularly in technical fields like engineering," said Berry. "You're going to go where the jobs are and the pay is good."

The report also noted the tendency for older adults near or at retirement age, particularly those with household incomes above $100,000 and even more so above $200,000, to move to places like Florida, Texas, California and Arizona, in order of which warmer-weather states are attracting Wisconsin residents. However, the relationship between the role of climate as an enticement and the role of economic incentives, like the fact that there is no state income tax in Florida and Texas, is not clear from the data examined in the report.

Dale Knapp, the research director for the Wisconsin Taxpayers Alliance, provided additional analysis of its report in a Sept. 13 interview on Wisconsin Public Radio's Central Time. He summarized its findings, emphasizing the economic implications of the demographic trends facing the state.

"If we don't have a growing workforce or even maintain the workforce that we have, growing businesses in the state aren't going to expand here because they won't be able to find the workers, and they'll think about expanding in other places where they can find the workers," said Knapp.

Knapp discussed how this demographic pattern may compel labor markets to boost Wisconsin's comparatively low wages, thereby reducing an incentive for people to seek better pay elsewhere. But he also noted a declining workforce could lead to a different type of pressure, one in which economic challenges create issues for civic needs.

"In terms of state and local government, yes, it'll be declining or stagnant tax revenues," said Knapp. "That can become sort of a cyclical problem, something that feeds on itself, because you need quality schools, you need infrastructure, you need all of those things government provides to attract people."

The Alliance's 2016 report is an update to a a study it conducted in 2014. Titled "The Impending Storm," the earlier study also looked at how the aging and retirement of the baby boomer generation is leading to a stasis in the size of Wisconsin's workforce. The number of retirees in the state is projected to increase by about 98% between 2010 and 2040. This has implications for state tax revenues, because Social Security income is untaxed and older adults tend to purchase more goods and services that are not taxed. Meanwhile, the school-age population of the state is projected to increase by only about 3.4% between 2010 and 2040, which will continue to make Wisconsin's overall population older.

Demographic shifts in Wisconsin are not projected to be geographically even, though. Population is expected to increase in some areas, namely the state's larger cities and in suburban areas like St. Croix and Kenosha counties that are part of the Twin Cities and Chicago metro areas. Swaths of rural Wisconsin will lose population over the next three decades, though, particularly in the northern stretches of the state. In fact, the University of Wisconsin Applied Population Lab projects that more than a fifth of the state's counties will lose population by 2040.

While discussing the report, both Berry and Knapp emphasized their interest in helping policymakers to approach these issues with a longer-term perspective.

"It's not like we're bleeding people compared to other states," said Berry. "But we're not growing and we have to make sure, from a policy perspective, that we have assets – quality-of-life, education, jobs – the kinds of things that attract younger and middle-aged people."

Knapp concurred. "We can't do much about the weather here," he said. "Making sure our public schools are still some of the best in the country, making sure we have a good park system, roads are in good shape, all of those things, a good, high-quality university system – those things are all attractive to families. The piece that is challenging, is people obviously don't like paying taxes and those things cost tax dollars, so it's a matter of trying to maintain and keep those at high levels and keeping the tax burden at a reasonable place."

Central Time: Report Finds Wisconsin Doesn't Have Enough People To Maintain Workforce
How Wisconsin's Past And Present Population Will Shape Its Future
Wisconsin's Lack Of 'Brain Gain' And The Future Of Its Workforce
The Path Towards Peak Population In Rural Wisconsin
What Population Pyramids Reveal About The Past, Present And Future
The View On Toll Roads, From A Janesville Rest Stop