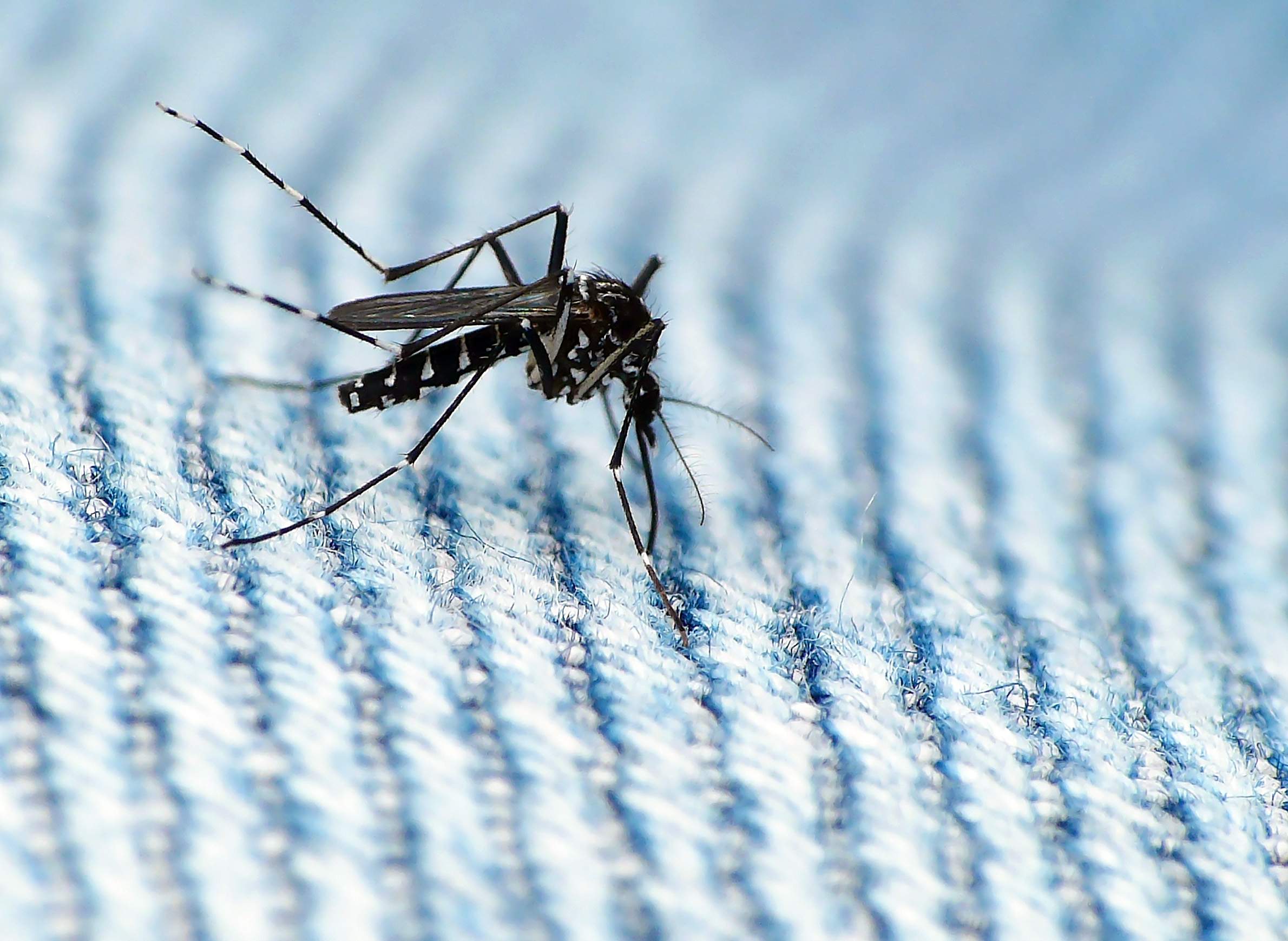 While winter may seem like it lasts forever, Wisconsinites have months and months for beloved pastimes like gardening, grilling out and, of course swatting at mosquitoes around the campfire. When it comes to these blood-sucking pests and other creepy-crawlies, each year can be a different experience, with weather patterns and other factors playing important roles in the behaviors of insects and other arthropods like spiders and millipedes, as well as other invertebrates.

A consecutive pair of mild winters followed by an unusually rainy spring and early summer in 2017 likely played a significant role in some of the invertebrate trends observed by the University of Wisconsin Insect Diagnostic Lab, and may point towards what's in store for 2018.

Two species of mantids are occasionally encountered in Wisconsin: the European mantis (Mantis religiosa) and the Chinese mantis (Tenodera sinensis). Neither species is native to North America, but they've been established in the United States since the 1800s.

While these mantids are much more common in the southern U.S., where milder winters allow for better survival of the exposed egg cases, a few strays are usually encountered in late summer in the southernmost counties of Wisconsin. However, with the two consecutive mild winters of 2015-16 and 2016-17, there was a distinct increase in reports of these insects in the state.

There's an amazing diversity of habits among the more than 400 species of bees in Wisconsin, including those that can tunnel into solid wood, such as the carpenter bee (Xylocopa virginica). Carpenter bees resemble bumble bees with their robust size and shape, but have a shinier appearance. Although they are beneficial pollinators, carpenter bees can also be a minor nuisance when they tunnel into unpainted soft wood, such as cedar trim, fence posts and support beams of backyard structures like decks and pergolas.

Similar to mantids, carpenter bees fare poorly in typical Wisconsin winters and are much more common a few hundred miles to the south. These bees are occasionally spotted in the state's southeastern counties, and the mild winters leading up to 2017 likely explain the increase in reports of this uncommon pollinator.

However, the northern black widow is an obscure outdoor species and is unlikely to be encountered. Most residents of Wisconsin will go their entire lives without seeing a native black widow out in nature. In most years, the lab might receive a single report — typically from Door County, where the local climate may allow for better survival. However, at some points during the summer of 2017, the lab received one to two reports per week and several new county-level records were documented in the state, in Brown and Sheboygan counties. Like the mantids and carpenter bees, the previous mild winters may have helped bolster their numbers in 2017.

With a few dozen species of social yellowjackets and paper wasps in the Midwest, there always seems to be some unwanted visitors around late summer cookouts. Reports of these stinging insects at the UW Insect Diagnostic Lab increased in 2017, but each year can be a completely different story.

Weather patterns of spring and summer will direct the behavior and strength of social wasps in 2018. All of these species have a similar life cycle: individual females destined to be queens survive the winter and attempt to form colonies in the spring, and established colonies finally die out in the fall due to falling temperatures and starvation.

While technically not insects, millipedes are close relatives and are commonly found whenever damp conditions arise. Millipedes often thrive in moist environments where they feed on decaying organic plant matter. Some species have an interesting population dynamic, wherein large hordes of millipedes occasionally traverse yards at night and end up trying to seek shelter indoors when the sun starts to come up.

Millipedes are generally a harmless nuisance, but it can be alarming to find millipedes curled up an inch or two deep along the foundation of a home. While millipedes can be encountered every year, there was an abundance of reports in 2017, likely due to the heavy rains in spring and early summer. 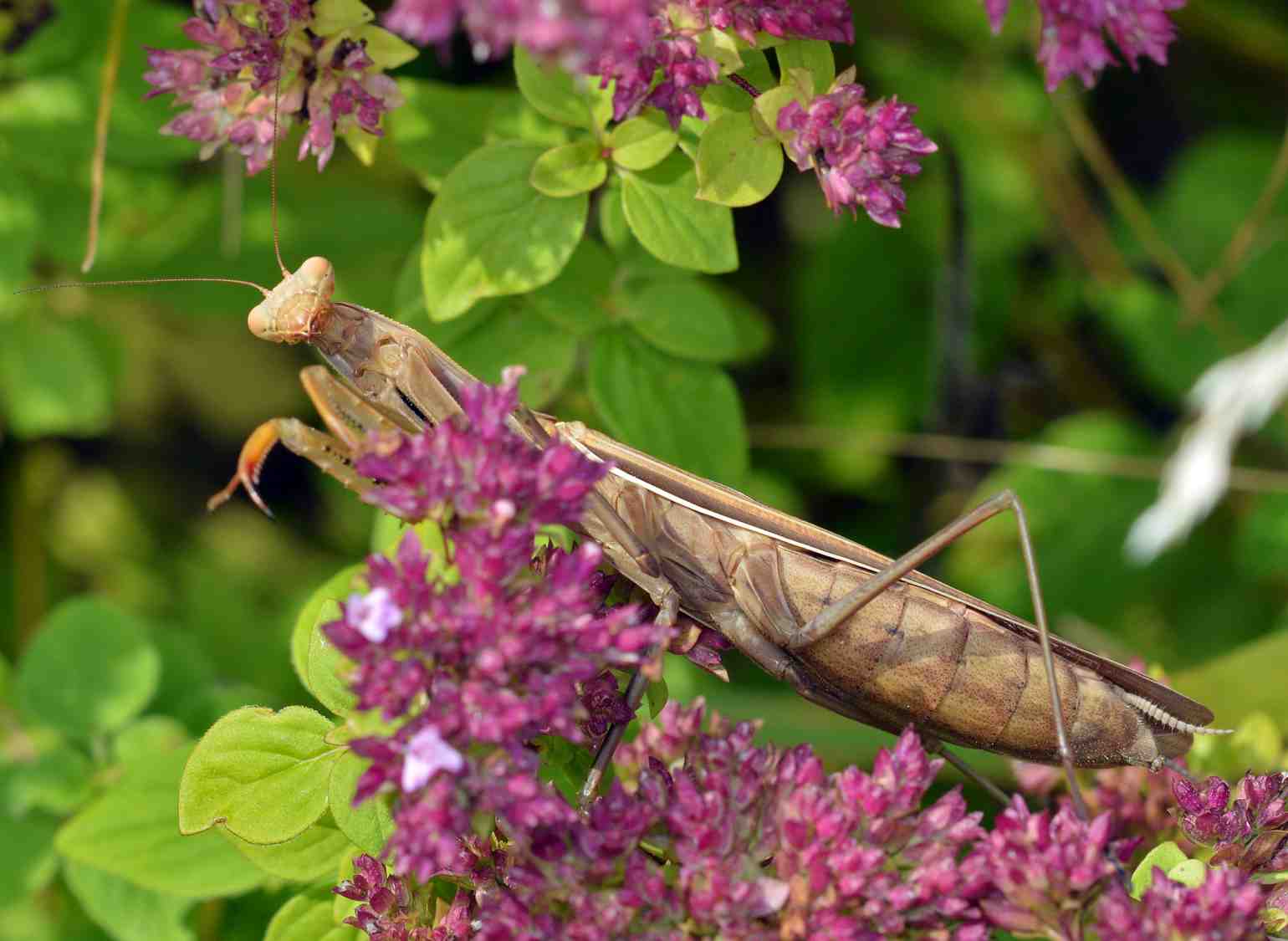 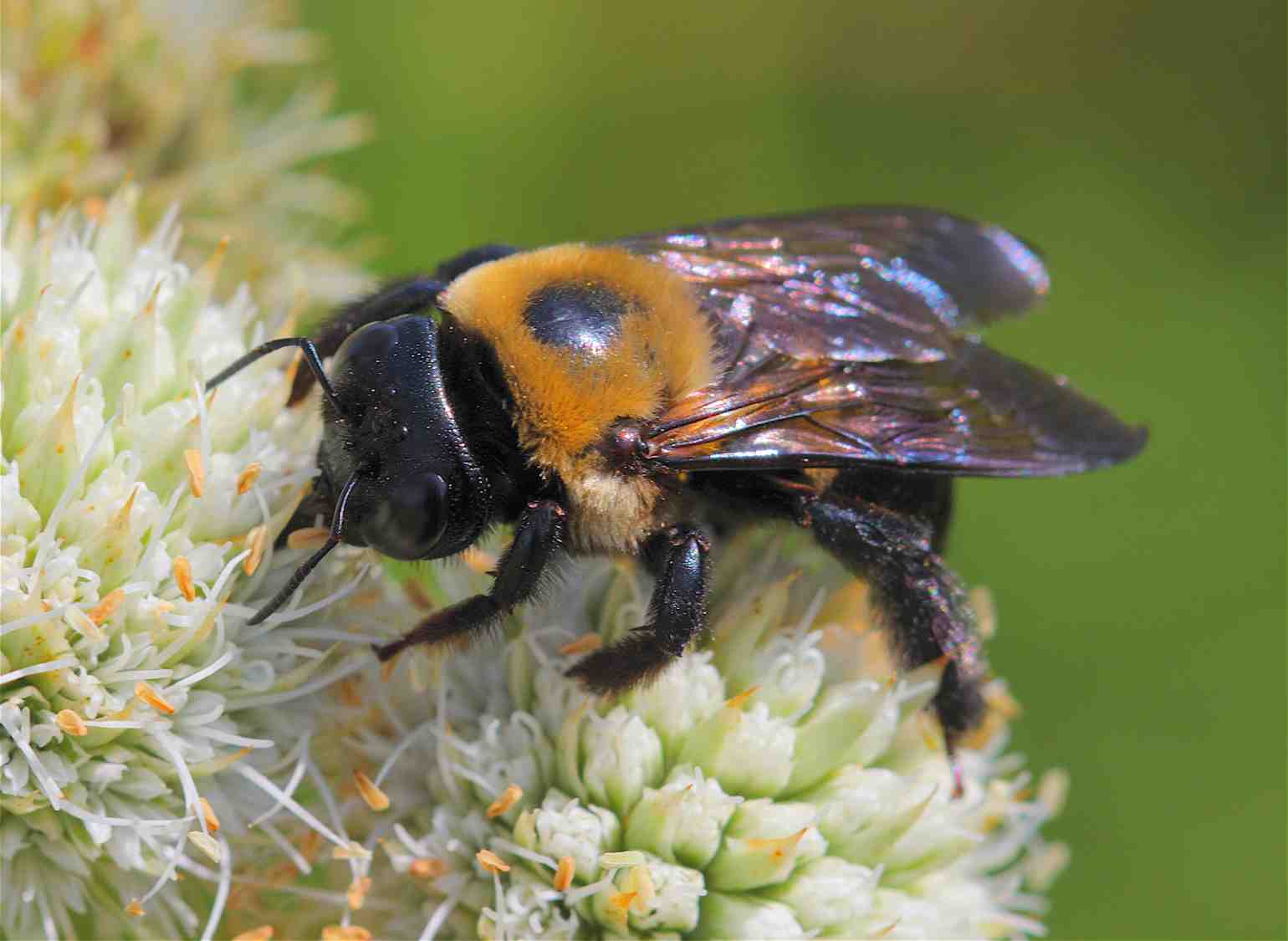 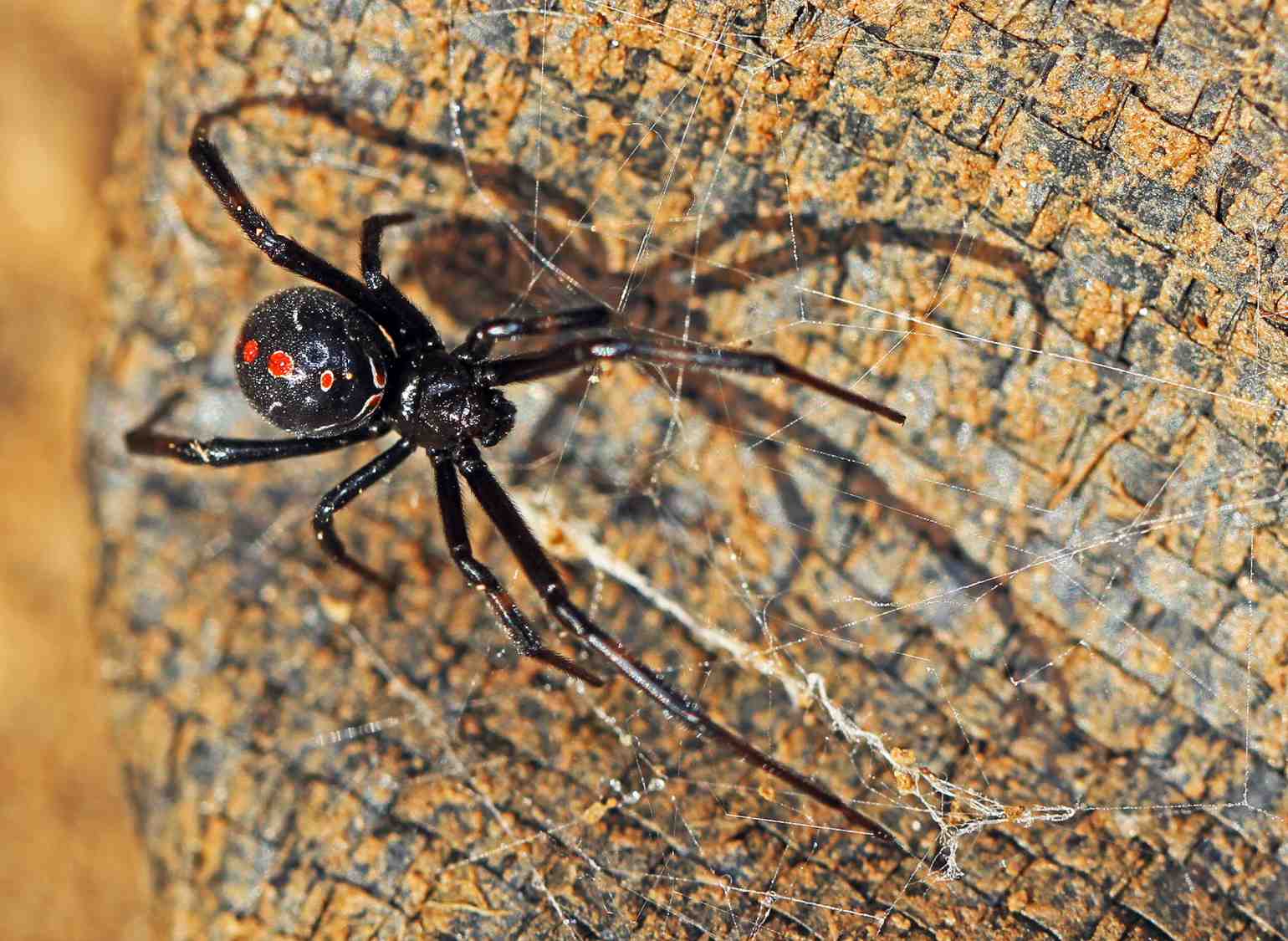 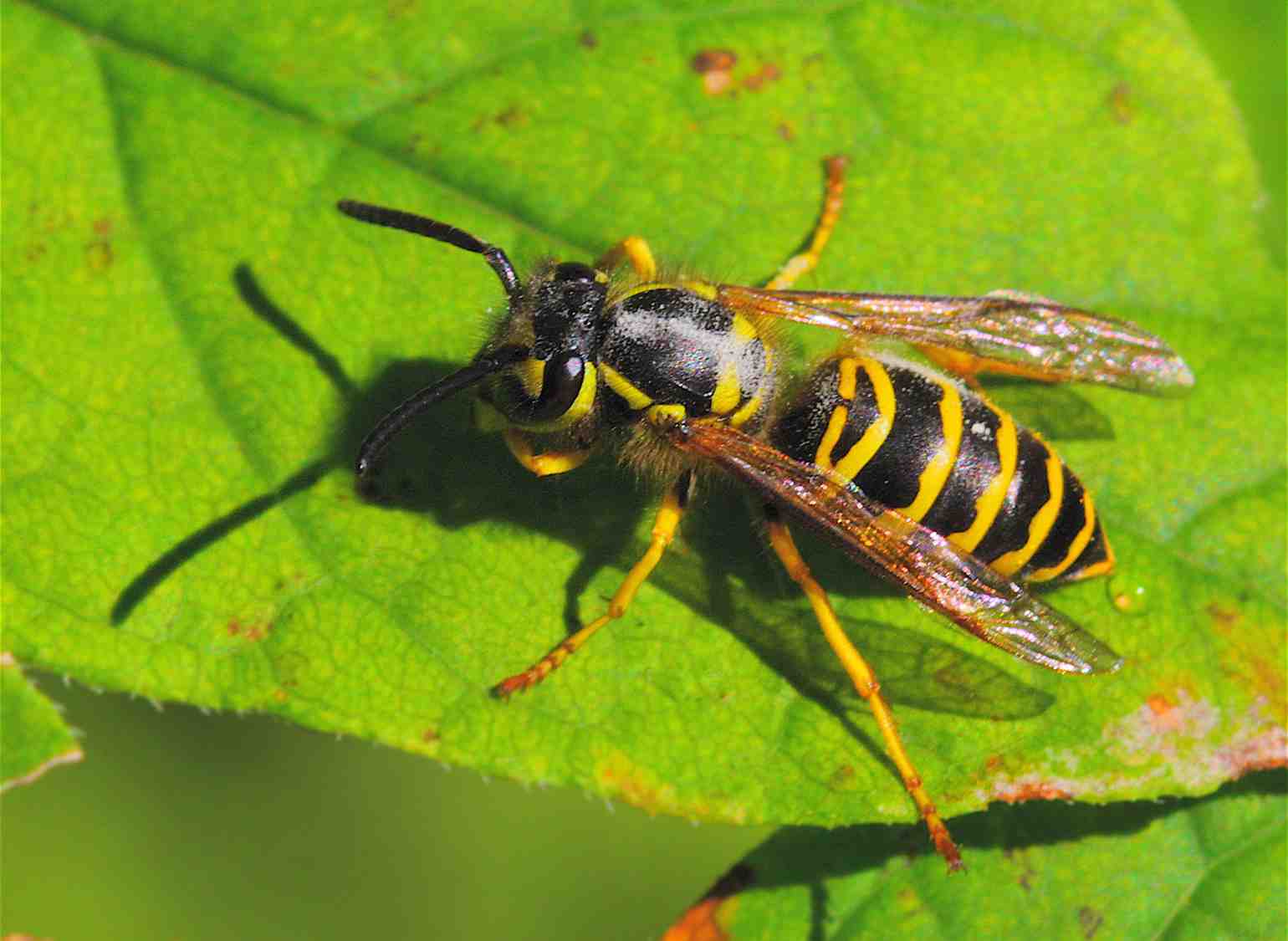 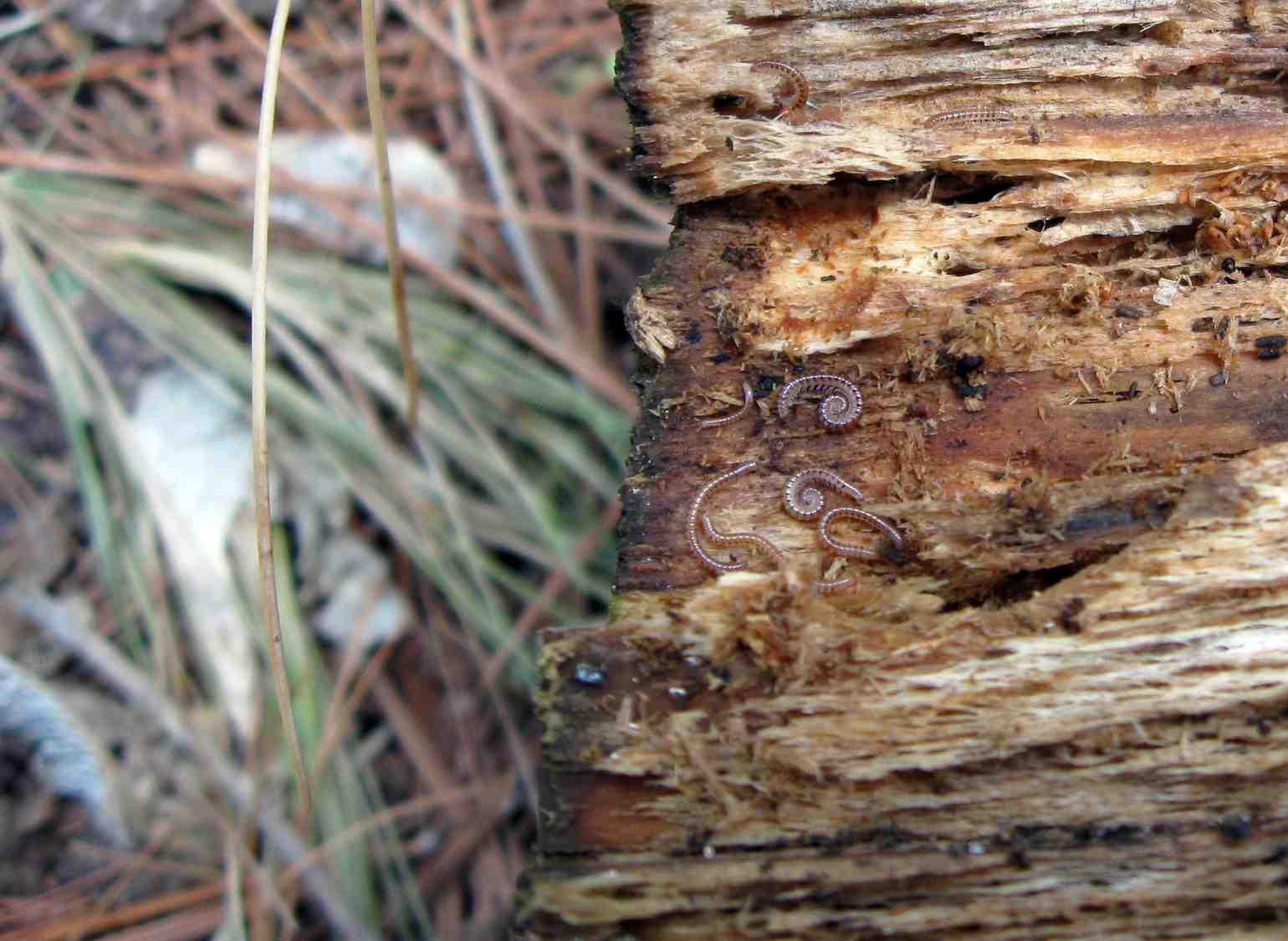 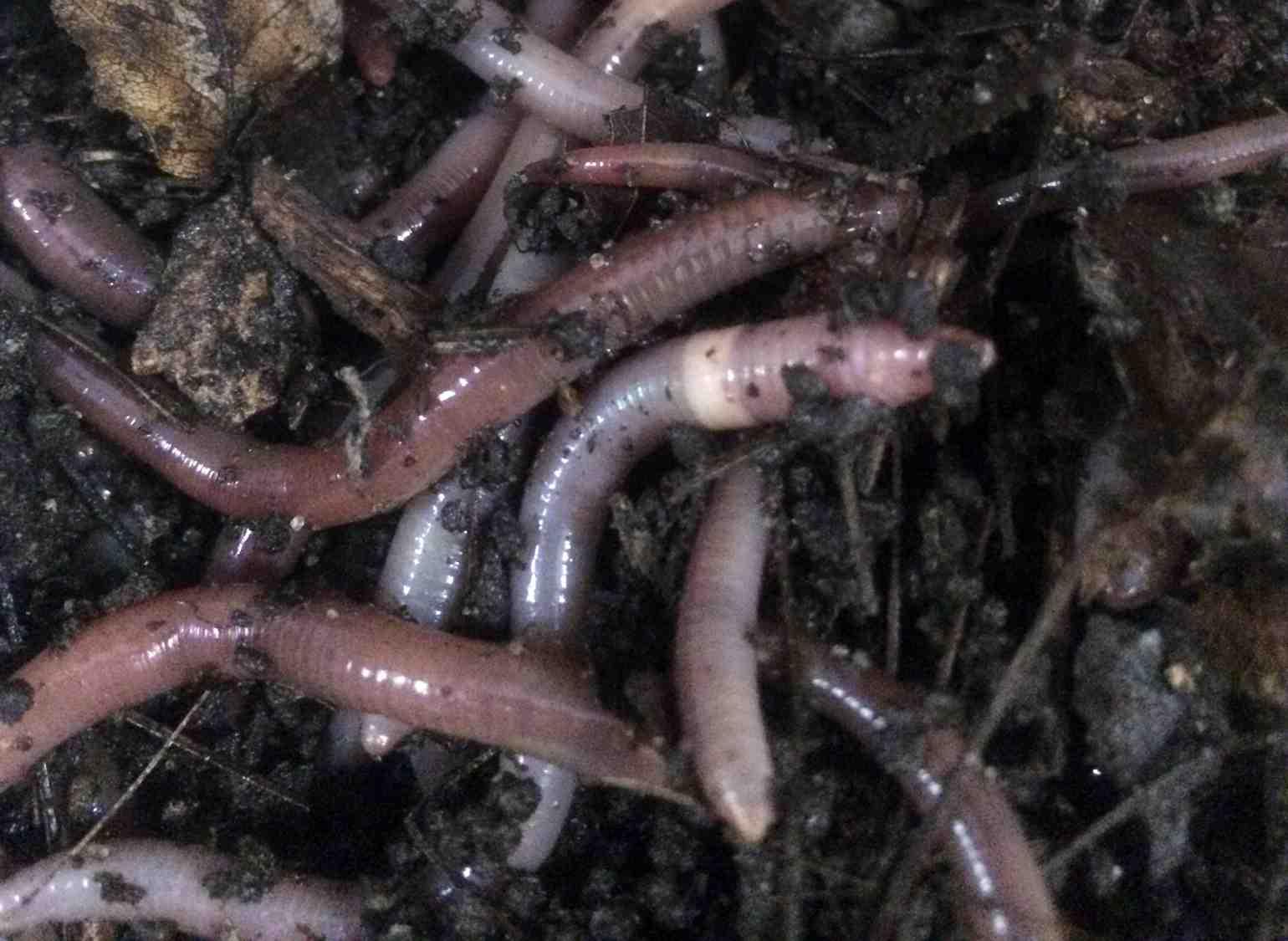 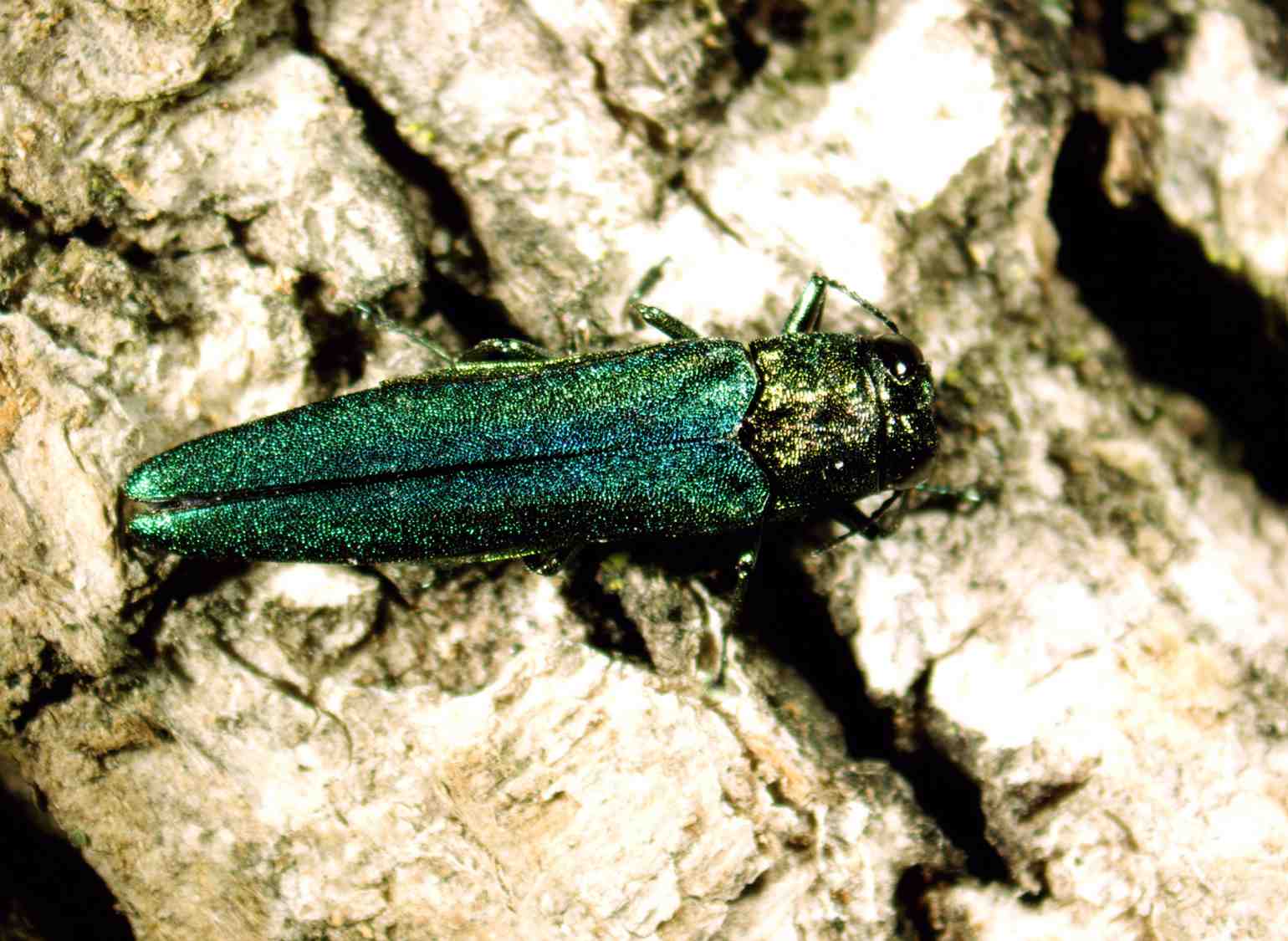 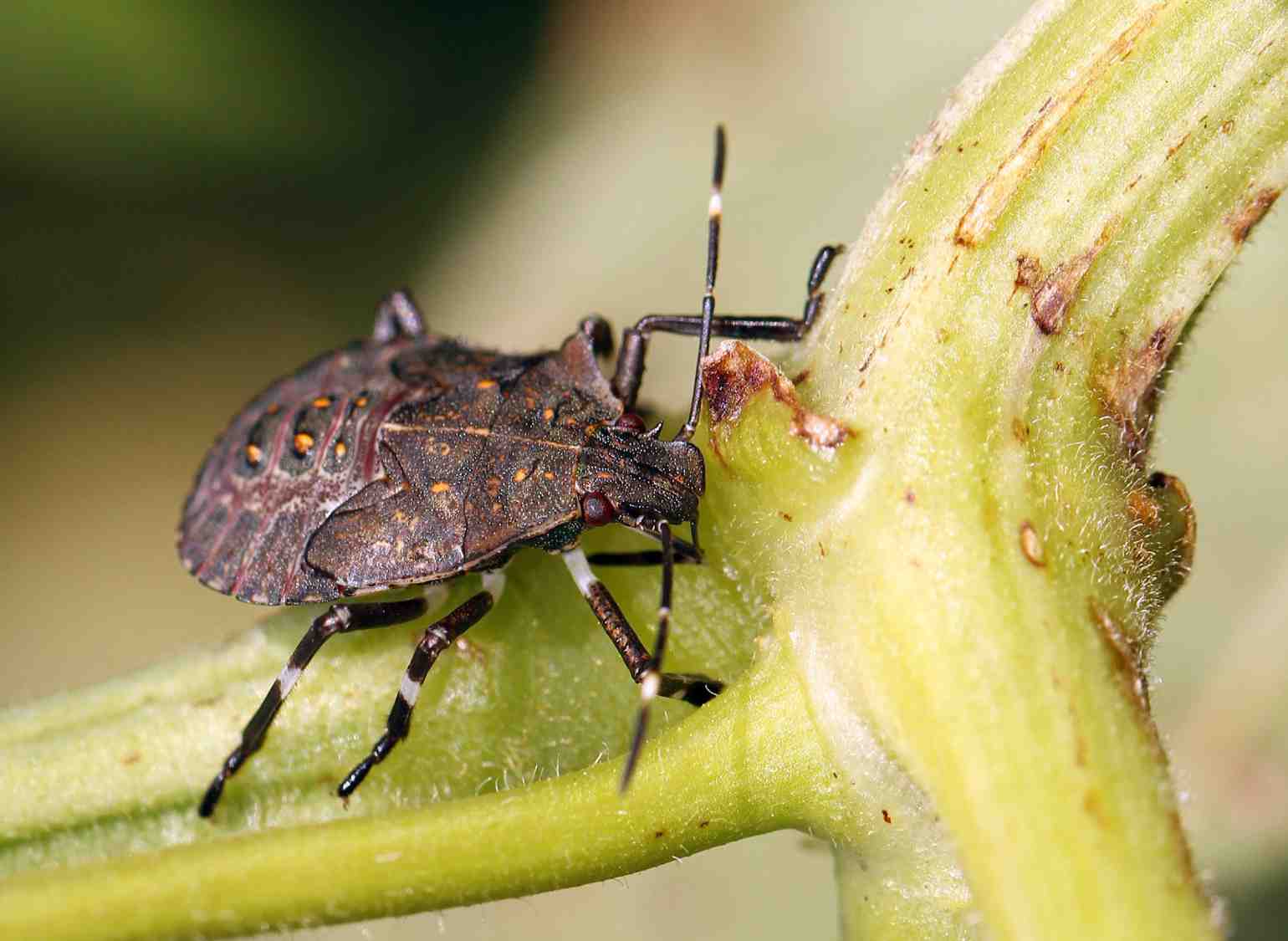 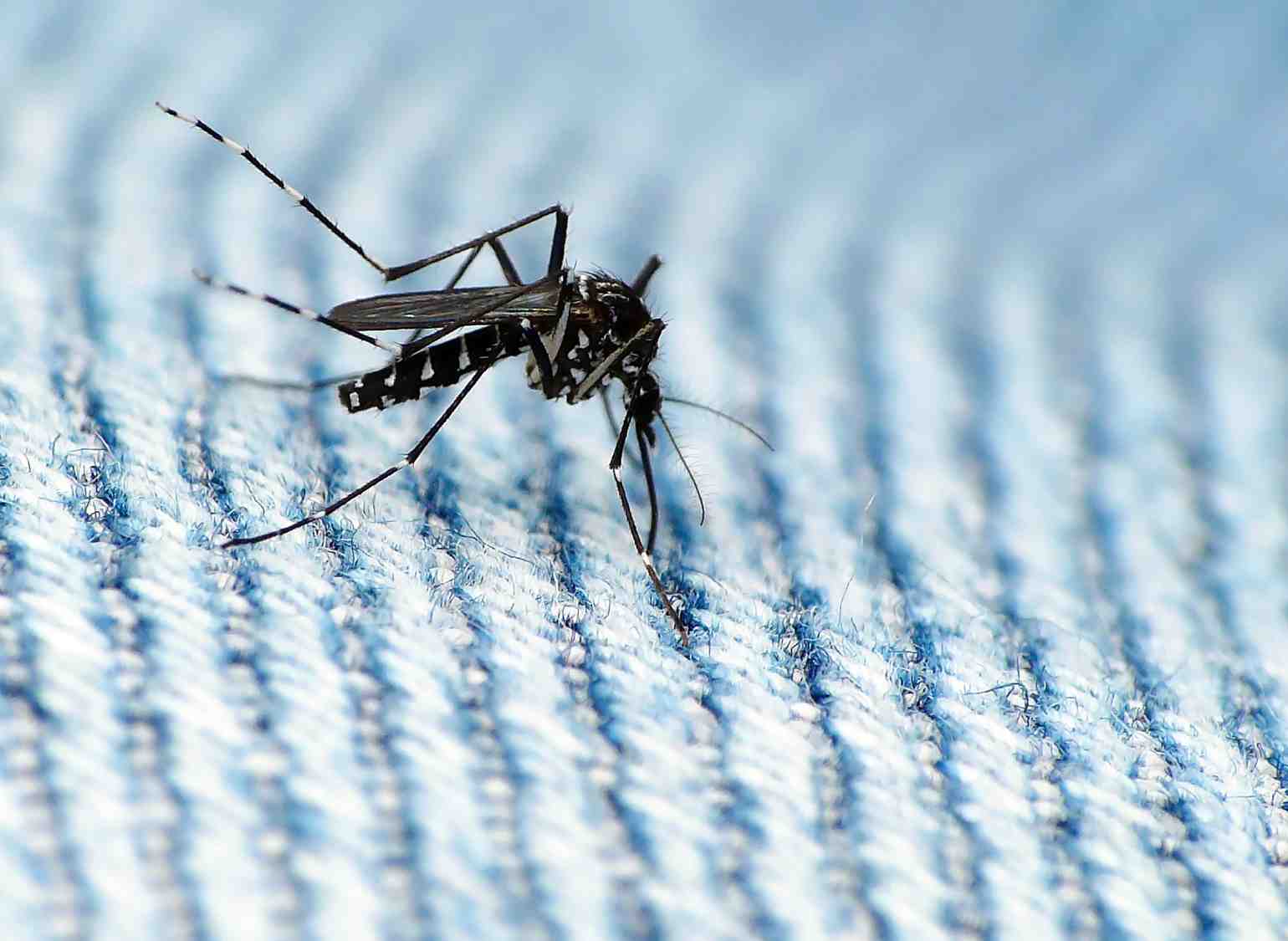 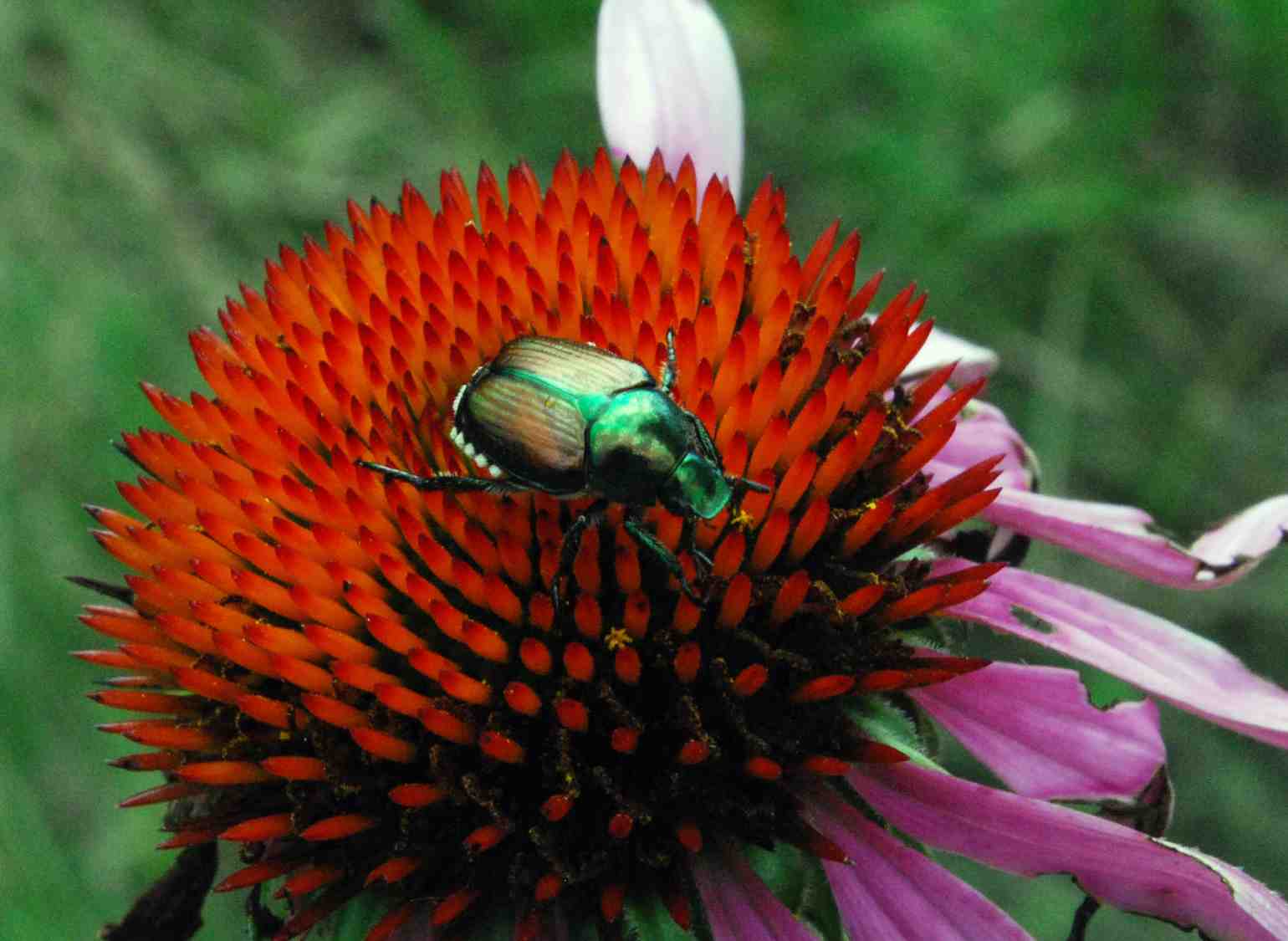 Although these earthworms are not an insect, the UW Insect Diagnostic Lab received a surprising number of reports of jumping worms (Amynthas spp.) in 2017. Jumping worms are a highly invasive species native to Asia and were first detected in Wisconsin at the UW-Arboretum in 2013. The spread of the jumping worms has been astonishing — since the original detection, these worms have been found in nearly 40 counties in Wisconsin, and their potential impacts are equally dramatic.

Jumping worms are adaptable to a wide range of conditions and can reproduce more quickly than common earthworms. When these invasive worms feed on leaves and other plant materials in the soil, they quickly consume their food sources and transform soil into the consistency of crusty, dried coffee grounds. This disturbed soil structure allows water to percolate through, denying it to nearby plants.

Alarmingly, there are no reliable ways to eliminate jumping worms once they are established in an area, so preventing their spread is essential. Gardeners and landscapers should be very wary of this worm in the future.

It's hard to believe that 2018 will mark the tenth year since the emerald ash borer (Agrilus planipennis) was first found in Wisconsin. Initially, spread and damage progressed slowly, but a decade later, multitudes of ash trees are dead or dying in the southern part of the state. Unfortunately, the greatest impacts may lie ahead, as the majority of the state's estimated 770 million ash trees can be found in northern counties where black ash (Fraxinus nigra) is common in swampy woodlands.

While the North Woods have been relatively free of the emerald ash borer in previous years, seven counties in the northern half of Wisconsin were quarantined in 2017 due to detections of this destructive insect. Efforts to find successful biological controls of the emerald ash borer are ongoing, but communities and residents with ash trees will continue to be forced to make difficult decisions because of this pest for the foreseeable future.

The floodgates are starting to open for the brown marmorated stink bug (Halyomorpha halys), which is invasive to Wisconsin. First detected in the state in 2010, populations of this insect remained low for several years, and it wasn't until 2015 that significant reports of home invasions by the insects started to occur.

By 2017, the brown marmorated stink bug led to more reports at the UW Insect Diagnostic Lab in the southern part of Wisconsin than other structural pests like boxelder bugs and Asian lady beetles. While the northern half of the state hasn't encountered this pest yet, it may only be a matter of time. If trends in Wisconsin follow those in the eastern states where this stink bug has been established for a much longer period of time, it has a shot at becoming the top indoor insect pest in Wisconsin.

For a year with average or above-average rainfall, mosquitoes (family Culicidae) are simply to be expected. Due to their association with certain diseases, entomologists around the state monitor for mosquitoes with various methods, including light and carbon dioxide traps to estimate abundance and activity by species. With the heavy rains in 2017, traps in some locations captured record numbers of mosquitoes.

This ubiquitous pest also captured the spotlight in 2017 as Wisconsin saw its first detection of the Asian tiger mosquito (Aedes albopictus), a species capable of transmitting Zika virus and other diseases. While there haven't been any reports of Zika virus transmitted by mosquitoes in the Upper Midwest, researchers from the Centers for Disease Control and Prevention's Midwest Center of Excellence for Vector-Borne Disease at UW-Madison will be keeping a close eye on this species in the future as its range edges near to the state.

Japanese beetles (Popillia japonica) need little introduction to gardeners, landscapers and farmers, as these voracious pests can cause significant damage when they feed on an amazingly broad range of plants. These invasive beetles have been established in Wisconsin for decades, but the consistency of reports of significant damage from this insect made 2017 a standout year. It was in stark contrast to the summer of 2014, where beetle pressure had been surprisingly low following the brutal winter of 2013-2014. But the mild winter of 2015-16 may have helped Japanese beetle populations rebound in 2016.

The summer of 2017 saw high populations of Japanese beetles across all but the northern portion of the state. Wisconsin wasn't alone, as reports from surrounding states also indicated high pressure across the Midwest. It's possible that the winter of 2017-18 might offer a bit of a reprieve, but the forecast will remain unclear until the beetles emerge in early July. 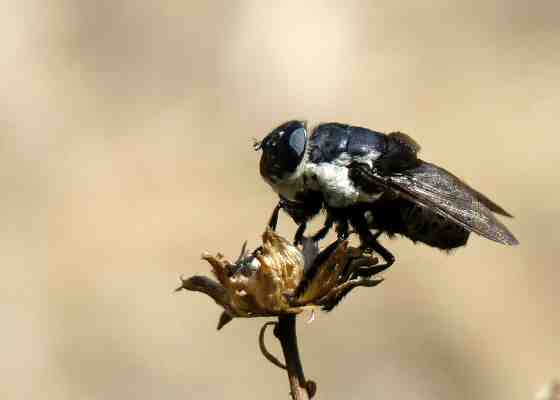 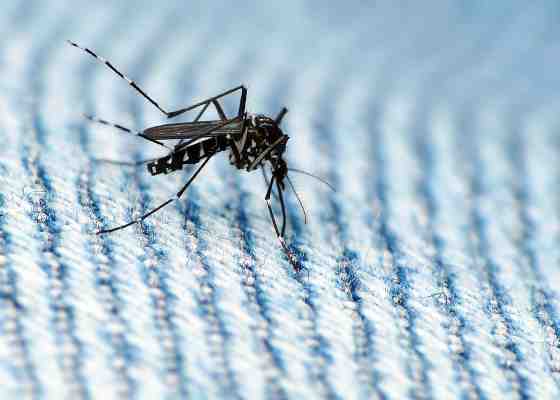 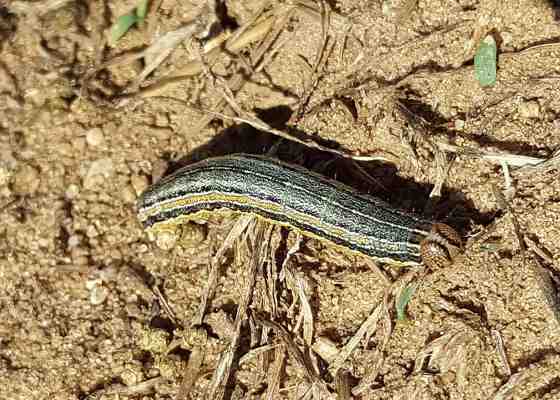