The Complexities Of Fostering An Inclusive Workforce In Madison 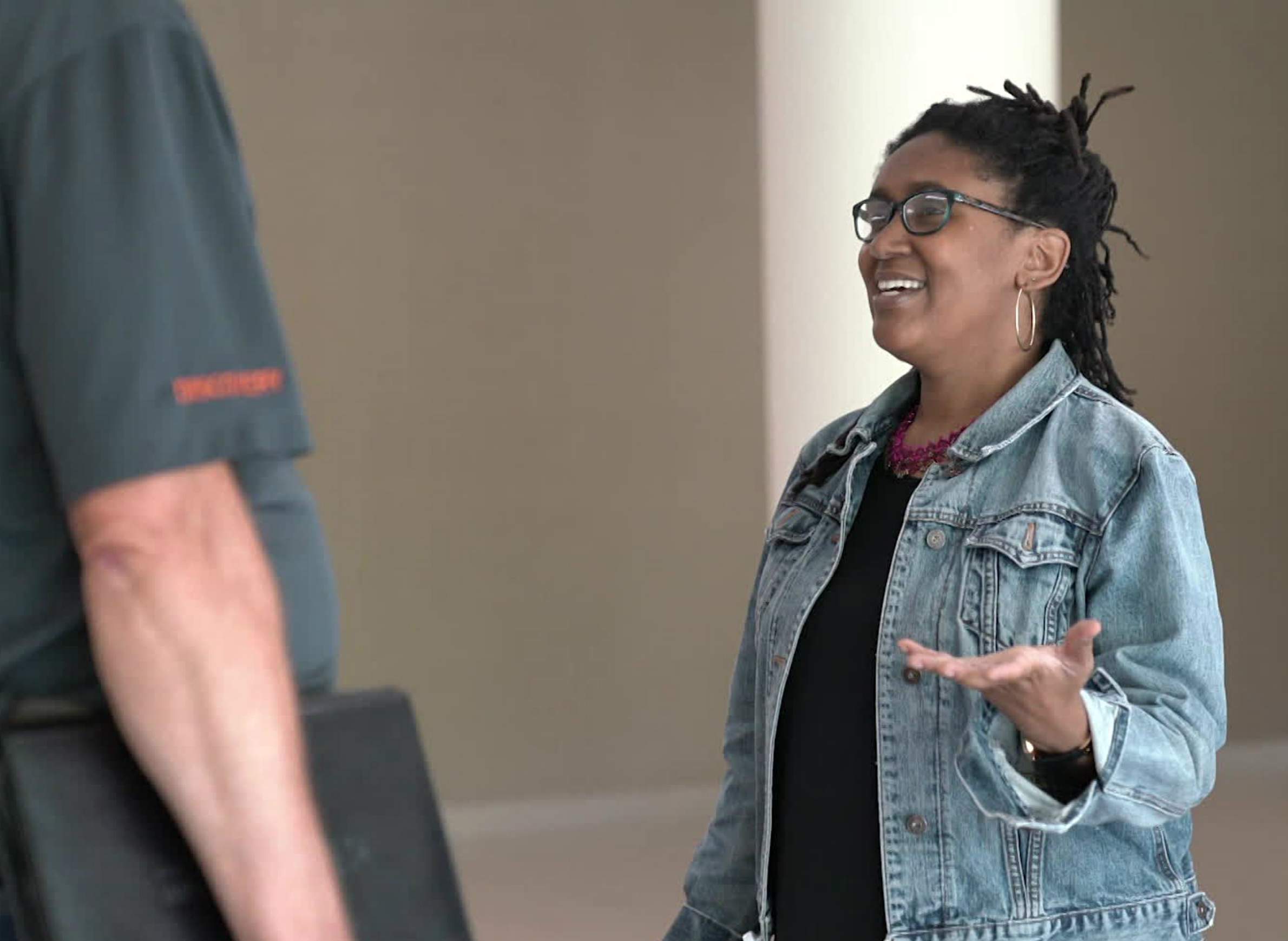 Wisconsin Public Television
Russell: "How do we really highlight the diversity that exists while welcoming more diversity into our state as well?"

The state of Wisconsin's efforts to attract and retain a younger workforce — in some cases spending millions of dollars advertising to people in other states — are coinciding with a growing public reckoning in Madison and surrounding Dane County with the fact that many of its minority residents don't necessarily experience the city as welcoming or inclusive. What's more, people of color or other marginalized backgrounds get burned out on having to drive conversation about the city's shortcomings.

"It ends up meaning that I'm explaining a lot, defending a lot, doing a lot of work that I don't necessarily want to be doing," Yusra Murad told Wisconsin Public Television's Here & Now in an Aug. 31, 2018 report about Madison’s younger workforce.

Murad, a recent University of Wisconsin-Madison graduate and Muslim of Pakistani descent, is leaving the Midwest for Washington, D.C., in part to escape those interactions and, she said, the feeling of being "the only anything in the room."

A 2016 UW-Madison campus climate survey released in November 2017 underscored the experiences Murad shared. It found that 65 percent of students of color reported feeling welcome on campus, with one-half feeling that they "belong" there. Additionally, respondents also noted their feeling responsible to speak for a broader group of people.

"One-quarter of students reported that they felt expected to represent their identity in class at some point in the semester, an experience that was described as negative by most students of color, trans/non-binary students, LGBTQ students and students with a disability," reported the Milwaukee Journal Sentinel.

The initial Here & Now report and a Sept. 7 follow-up interview examined how these issues play out in Wisconsin's fastest-growing metro area, and especially how the business world frames "diversity" as an economic and cultural goal.

A few key points addressed in the Here & Now report and accompanying interview highlighted the complexity of making the workplace more diverse, and how a few younger leaders in Madison who are people of color are tackling the problem.

The diversity that's already there

A May 2018 report by the Madison Region Economic Partnership found that corporate leadership in the area is not diverse: "Boards of Directors tend to be White (93 percent) and male (64 percent)." But those figures aren't representative of the area's population.

While it's easy to stereotype Madison (and Wisconsin as a whole) as an overwhelmingly white place, it is still one of the state's most racially and ethnically diverse areas, and has especially grown more diverse since the turn of the century. Between 2000 and 2010, Dane County's Hispanic and Latino population doubled, and the area's population of people of color overall grew by 64 percent, as the Capital Area Regional Planning Commission detailed in a 2014 report. At the same time, Wisconsin's non-white residents face some of the worst racial disparities in the nation, and Madison is no exception.

Recruiting a more diverse group of residents and employees from beyond the borders of the state might be part of the solution, but by no means the only solution.

"Sometimes I receive this question related to how do you create more diversity, how are you going to bring more diversity to Madison, and one of the things, the little heartburn that I get with that question is that it assumes the diversity doesn't already exist," said Angela Russell, who is the director of diversity and inclusion at financial-services company CUNA Mutual Group.

"We do have diversity across our state," Russell told Here & Now. "When we're thinking about diverse communities, how do we really highlight the diversity that exists while welcoming more diversity into our state as well?"

Looking beyond the workplace

Americans increasingly encounter "diversity" as a watchword around the workplace. Corporations have embraced diversity as a goal, especially in a public relations sense, and tout the economic benefits of having a diverse staff.

Madison Common Council President Samba Baldeh, who works for American Family Insurance, told Here & Now in an interview that diversity also has to mean everything people experience outside of work, and can't just serve a business function.

"It's not enough to bring the talent here," Baldeh said. "We have to go further and make sure that those people are able to identify with the community and are able to make friends and are able to get spaces where they can socialize."

For Baldeh, that means making adjustments to a range of municipal services, including parks and the city of Madison's own human resources practices, where seniority in civil service might reinforce inequities in hiring and promotions.

While the above figures about corporate boards and executives are striking, Tania Ibarra, chair of the Latino Professionals Association, told Here & Now that building more representative workplaces has to start way down the leadership ladder.

"We focus on what's at the top, but the reality is we have to look at the entire pipeline," Ibarra said. "One of the first, hardest things to do for anybody is to get their first supervisor/manage role. The discrepancy starts that early in a career … we can't expect to have the right representation at the top if we're not looking at what we're doing with that first promotion."

"The difficult part with addressing workforce matters in Madison from a diversity and inclusion perspective is that more than 50 percent of the workforce works in small- or medium-sized companies, which do not have the resources to address these issues, the budget behind the trainings, and the effort that it takes to make a cultural change," Ibarra said.

The Madison Region Economic Partnership report illustrated another aspect of these difficulties: Three-fourths of the organizations it surveyed had between 10 and 49 employees, and it found that non-profits, educational organizations and government employers (all of which have a large presence in the area) were more likely to have substantial diversity efforts than private companies.

"Majorities of respondents said their organizations do not have a formal, written diversity and inclusion statement nor do they have staff dedicated to diversity efforts," the report stated.

Wisconsin Guesses At What Younger Workers Want
Wisconsin Enters New Territory With $3 Billion Foxconn Deal
Why Is Wisconsin Sending Hundreds Of Children Out Of State For Mental Health Care?
From Detention To Court, Wisconsin Immigration Lawyers Labor To Represent Their Clients
Wisconsin's Modest, Uneven Population Growth So Far In The 2010s