Dame's Rocket, An Invasive Confused For Phlox, Is A Common Sight In Wisconsin 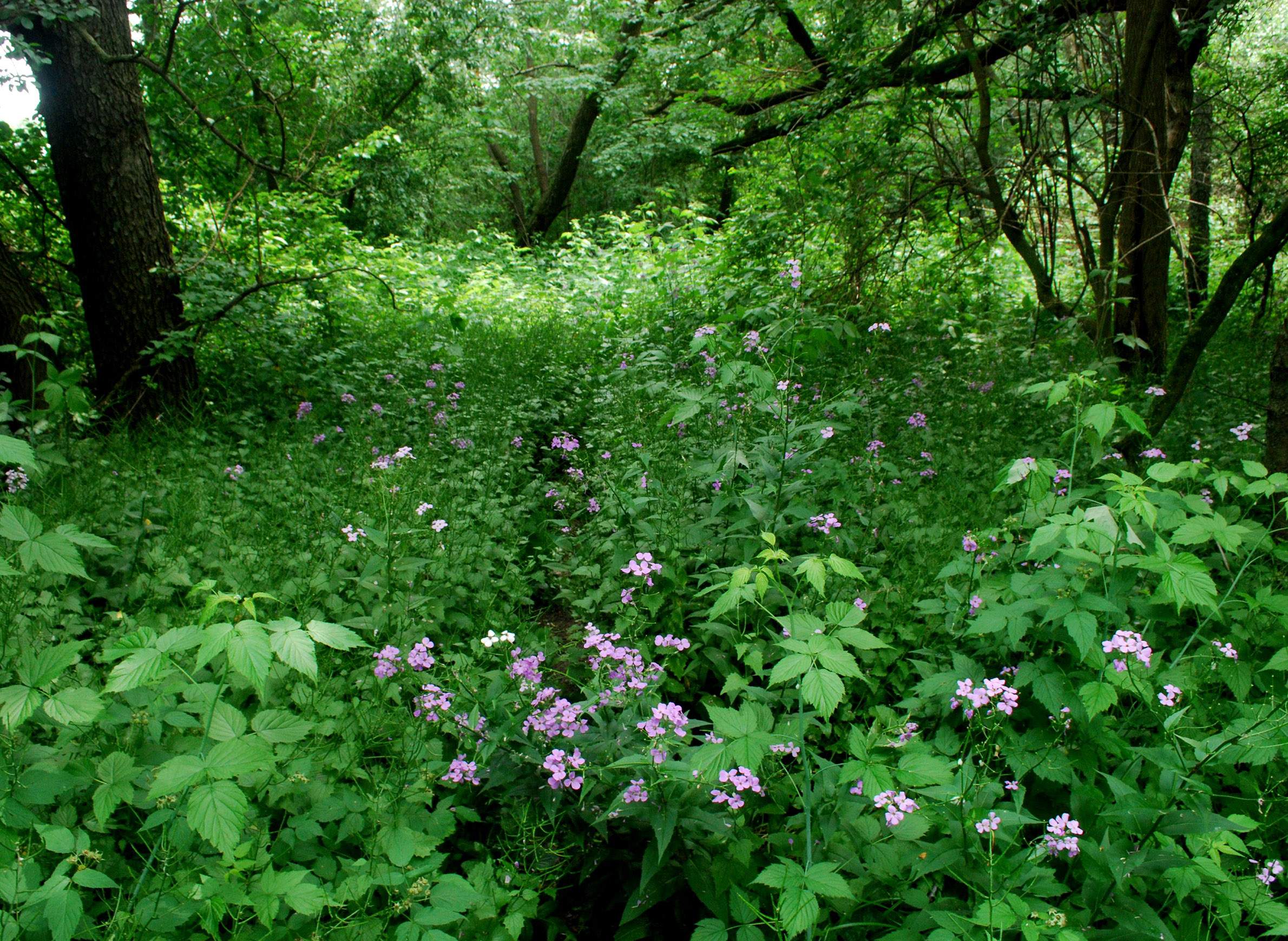 What flowering plant looks a lot like native phlox but blooms during early summer in Wisconsin? It's a widespread invasive species prized for its beauty in gardens but increasingly conspicuous in large stands along roadside ditches and forest edges around the state.

Dame's rocket is a common name (among many) for Hesperis matronalis, a member of the mustard family native to Eurasia. Similar to some other well-known mustards exotic to North America — ahem, garlic mustard — dame's rocket has taken root in native habitats since its first appearance in Wisconsin, in the community of Jackson in Washington County, in 1922. A century later, the invasive plant has become a common early-summer sight throughout much of the state, from urban and suburban yards to rural roadsides and forest floors.

One reason dame's rocket has established such a foothold in Wisconsin is because its flowering stalks — filled with blossoms ranging from white to lavender — are aesthetically pleasing to so many gardeners and passersby. In fact, it's thought that dame's rocket was first introduced to Wisconsin by gardeners. It has historically been included in wildflower seed mixes, including mixes that purport to contain only native seeds.

Once sown, the annual or biennial plants can eventually come to dominate and spread beyond their intended area thanks to their prolific seed pods. Even though their flowers provide some benefit to pollinators, dame's rocket can contribute to habitat loss for native species to such an extent that the Wisconsin Department of Natural Resources deemed it too risky for the state's environment. That's why dame's rocket was added to the state's list of regulated invasive plants that are considered restricted non-native species. This classification means it is illegal to buy or sell the plant or its seeds in Wisconsin.

The problems posed by dame's rocket to native habitats are not totally known and tend to be indirect, according to Mark Renz, an associate professor and Extension specialist at the University of Wisconsin-Madison who researches weeds and invasive plants.

Renz discussed dame's rocket and other invasive species in a June 19, 2019 interview on Wisconsin Public Radio's The Larry Meiller Show. He said that while dame's rocket has some benefits, namely for pollinators and flower lovers, it also can degrade native habitats.

Dame's rocket "is thought to prep the soil for other invasives to invade in the future," Renz said.

Renz explained this process in more detail in a separate interview with WisContext. "It does tend to become the dominant species in those areas [where it's planted], but it doesn't tend to choke out all other native plants," he said.

"So we don't really have a huge understanding of what those negative consequences are," he added. "Although, what we can definitely say is … that it can establish and spread, and we definitely don't see an increase in natives or improvement. Often what we think happens and what the research is suggesting is that it facilitates the invasion of other invasive species like garlic mustard and buckhorn."

The idea is that the presence of dame's rocket could prime habitat for the incursion of more aggressive invasive plants by decreasing the presence native species, both in number and diversity.

Now that dame's rocket is a restricted species in Wisconsin, Renz said it shouldn't appear for sale at garden centers or markets within the state, though it may still be inadvertently included in some wildflower seed packets. 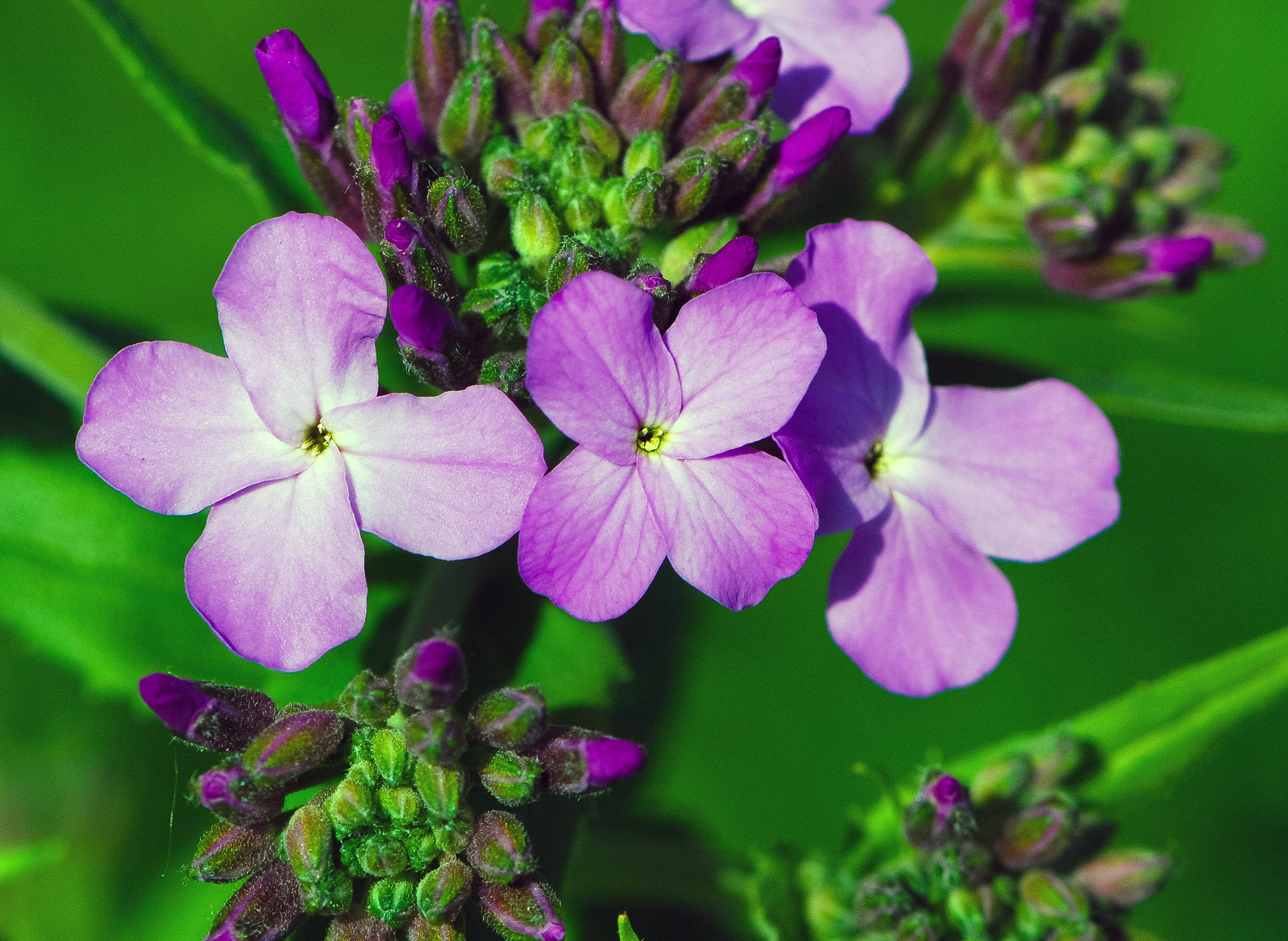 However, Renz said he believes the primary way the flowering plant is spreading today is not via direct seeding, but rather through wildlife and mowing, both of which can disperse seeds well beyond the stands where they originated. Roadside mowing is a particularly effective mode of seed dispersal, Renz said, because it often coincides with the lifestage of dame's rocket when its fruit is ripe and seeds are developed.

Additionally, dame's rocket is potentially not as likely as some other invasive species to be the subject of control measures. This is due to its flowers, which in addition to their beauty are very often confused for two species native to North America: woodland (or wild blue) phlox (Phlox divaricata) and garden (or fall) phlox (Phlox paniculata). Woodland phlox is a fairly common sight in Wisconsin's woodlands and gardens, adding to the confusion over the species.

The woodland (or wild blue) phlox flower, as seen in Milwaukee, has five petals. 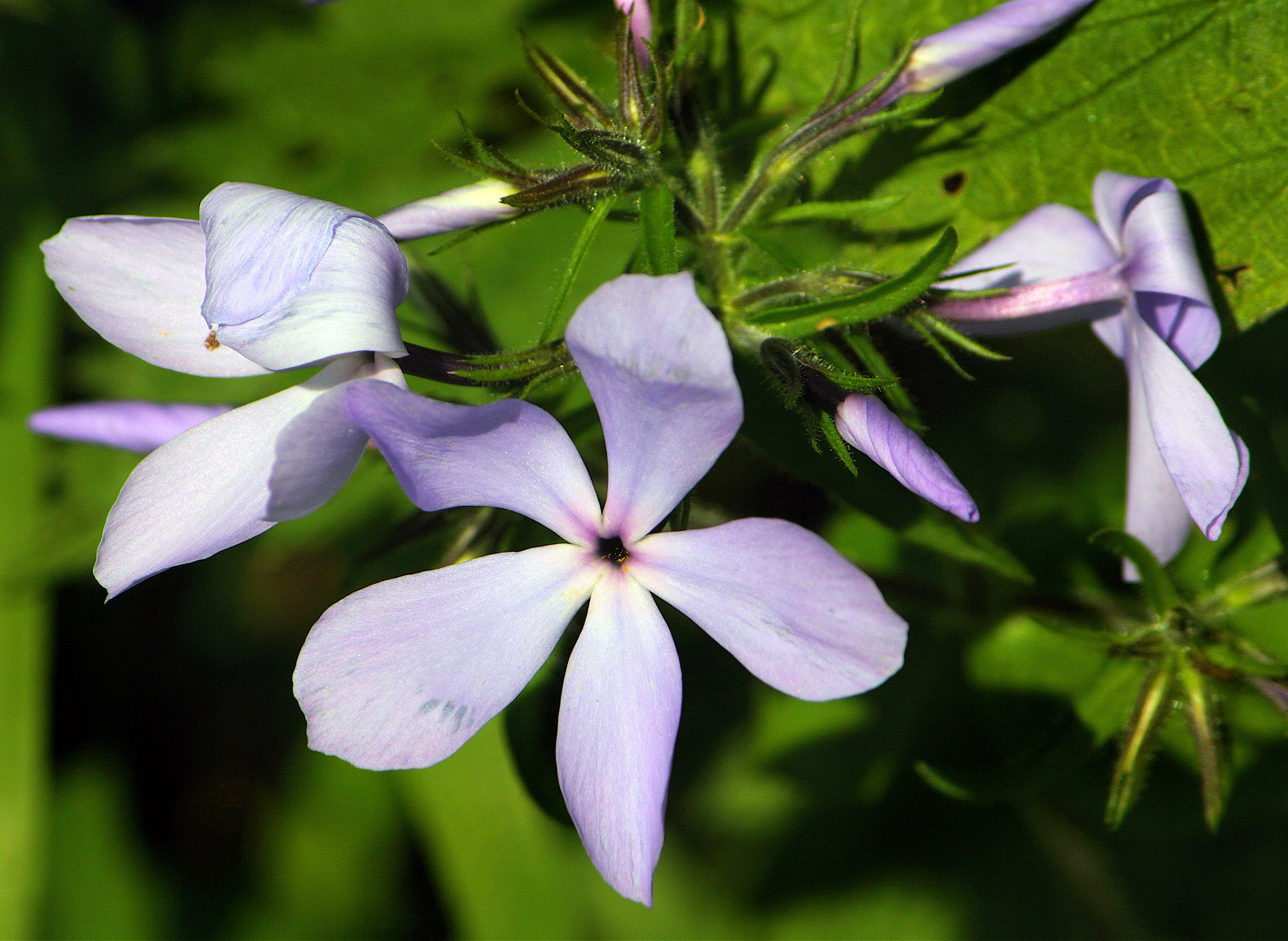 "I think we're seeing a lot more of [dame's rocket] in the urban areas than we have in the past," Renz said, noting that casual observers likely assume the flowers are phlox and a sign of thriving native habitat. "And so it's probably likely that it's gotten to a critical mass, and urban people like it so they don't get rid of it and it tends to encourage it to spread."

Luckily, it is quite easy to tell dame's rocket apart from native phlox species. For starters, the invasive tends to bloom earlier than phlox. Dame's rocket begins blossoming in late spring, while phlox don't bloom until later in the summer or early fall. On top of that, both species' flowers are easily distinguishable despite their similar shape and colors: dame's rocket blossoms have four petals, while phlox have five.

The best way to remove an infestation of dame's rocket depends on when in its lifestage the work is taking place, Renz noted. Generally, pulling the plants right before flowering is especially effective, though it may take several seasons of removal before an infestation can be completely controlled. Proper use of herbicides can also be effective, while mowing and burning are less so.