How Hungry Are Wisconsinites For Fish Raised On Local Farms? 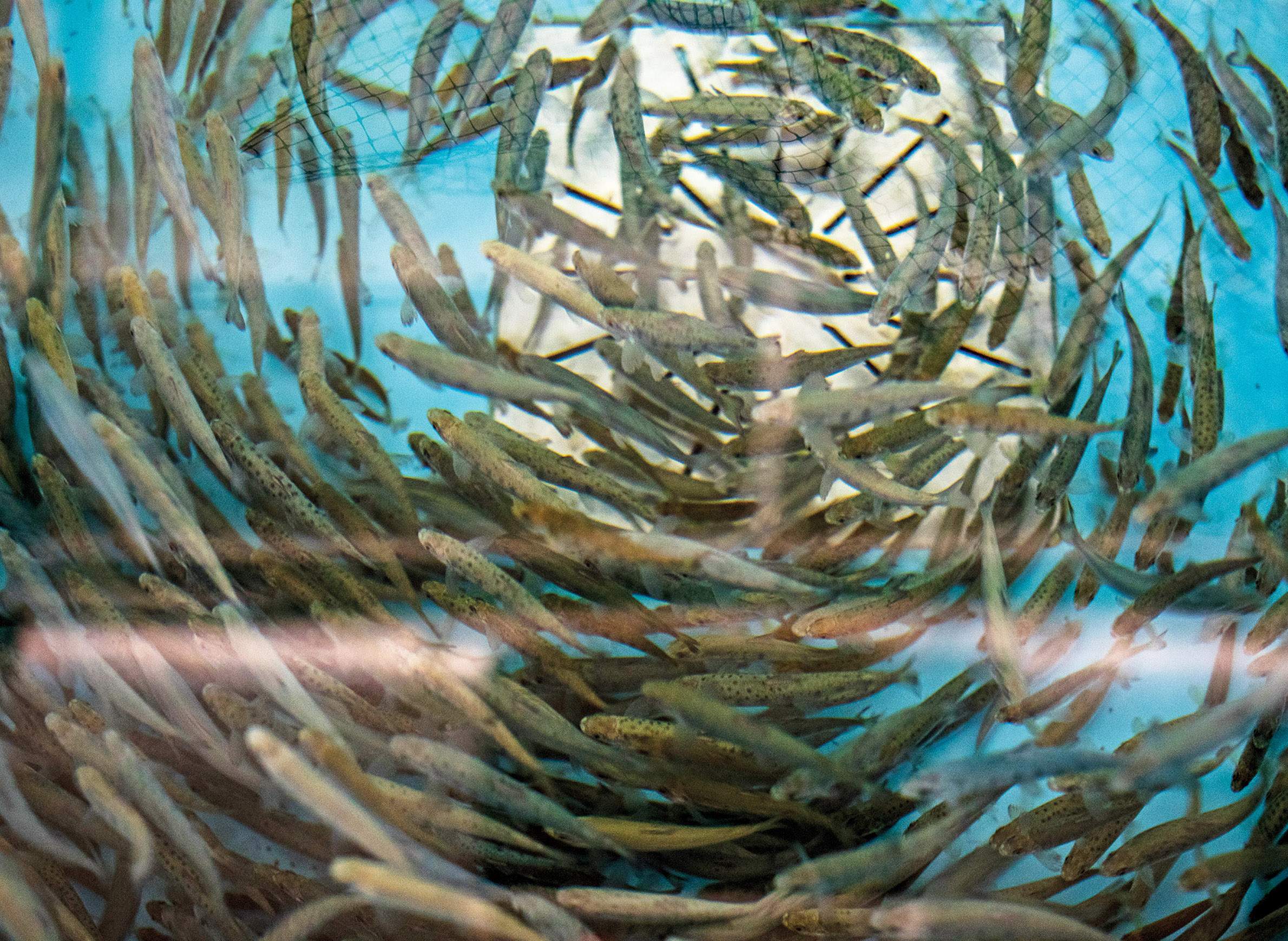 Aquaculture helps meet the world's demand for fish. In the United States, fish farming can be an important part of fostering a domestic supply of fresh seafood and reducing the trade gap between imports and exports. Currently, approximately 90% of the seafood consumed in the U.S. is imported from other nations.

While parts of the local food movement are thriving and demand for local food products in Wisconsin is strong, many consumers are unaware of the availability of local, farm-raised fish. For a farmed fish industry to develop in Wisconsin, consumers need to perceive fish farmed in the state as safe, healthy and supportive of local economies.

Market trends indicate that the market for fish and shellfish is projected to grow 8% per year between 2016 and 2021 to reach nationwide sales of $18.4 billion. In 2013, sales of farm-raised food fish in Wisconsin were valued at $2.4 million, indicating considerable room for growth.

The survey was mailed in July 2018 to a random sample of 3,000 households in Wisconsin. The report is based only on responses from primary household grocery shoppers, or respondents who reported doing half or more of the food shopping for their households, and who also answered more than half of the survey questions. Based on the number of complete responses, the survey data reflect a sample of 508 individuals.

These results informed a report published in April 2019 that provides detailed insights about how people think about aquaculture and eating fish in Wisconsin.

Wisconsinites may prefer local food sources, including fish, but how does seafood stack up against other protein sources in their diets?

Given the long culinary tradition of fish fries in Wisconsin, it was not surprising that they are among the more common venues in which those surveyed said they regularly consume fish. An overwhelming majority, 84%, said they go to a fish fry at least a few times a year; about 42% reported going to a fish fry about once a month; and 14% said they go about once a week.

Because fish fries are a food-based tradition that often involves time spent with family and friends, it is reasonable that a portion of the experience of eating fish in this setting may be related to the communal and celebratory context that surrounds these experiences. The local aquaculture industry could conceivably tap into this cultural tradition by emphasizing species commonly served at fish fries and grown by Wisconsin fish farmers, including yellow perch and walleye, and by promoting other fish grown on their farms, such as tilapia.

Respondents were also asked about barriers to purchasing or eating fish. The largest proportion, 44%, agreed that fish is expensive to buy. About 38% agreed that they don't like the smell, while 36% said that quality fish is hard to find at stores near them. The majority of respondents, at 58%, disagreed that fish is hard to prepare. About 18% said they don't cook fish because someone they live with dislikes eating fish.

One of the main purposes of the survey was to determine if Wisconsin consumers prefer fish that's grown in the state, in the U.S. or imported, as well as their preferences for wild-caught versus farm-raised fish. Overall, Wisconsinites generally preferred fish that was wild-caught in Wisconsin or the U.S. over imported fish.

While respondents tended to agree that Wisconsin farm-raised fish were healthy to eat (52%) and safe to eat (48%), they tended to be more neutral about ecological benefits, with 60% expressing neutrality on whether these products are environmentally sustainable, and 60% expressing a neutral position about whether they can relieve pressure on wild fisheries. 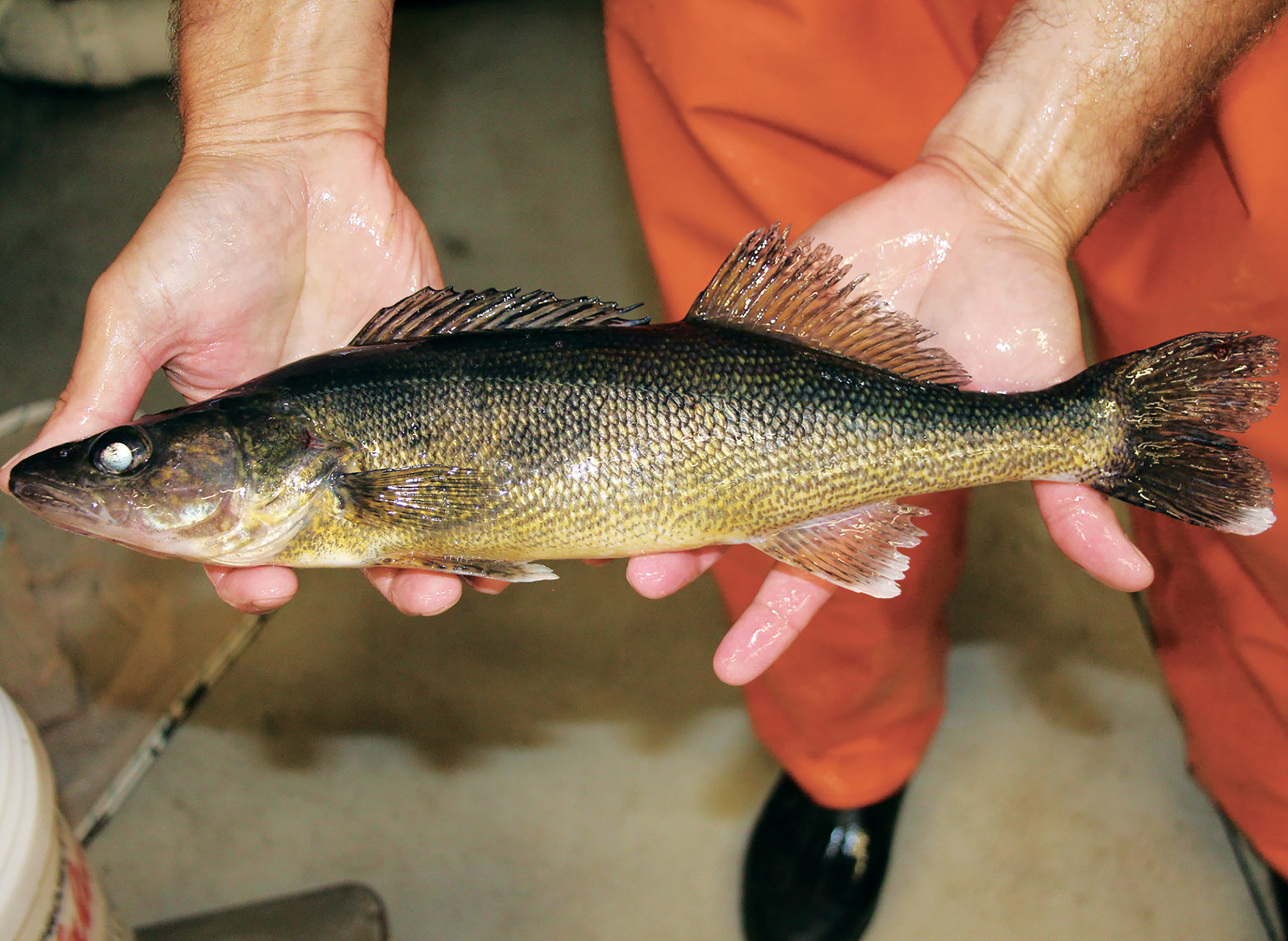 Narayan Mahon
Walleye are one of the types of fish that can be raised through aquaculture.

Similarly, most respondents felt uncertain regarding environmental, health or quality concerns arising from fish farming in Wisconsin. This sensibility suggests that the Wisconsin aquaculture industry has an opportunity to proactively respond to public uncertainty by highlighting how their production methods can protect the environment and create products safe to eat. Notably, respondents consistently were more likely to disagree with potential concerns about Wisconsin farm-raised fish than to share such concerns, especially relating to food safety and quality issues.

The survey also asked respondents whom they trusted to keep their fish safe to eat. Fish farmers in Wisconsin were trusted more than most other groups. About 44% reported that they trusted fish farmers in Wisconsin "quite a bit" or "a great deal." Similarly, about 45% reported that they had "quite a bit" or "a great deal" of trust in the government to keep fish safe to eat.

Commercial fishermen in the Great Lakes also rated highly, with 44% expressing they trusted this group, while 37% stated that they trusted commercial fishermen in the U.S. to keep their fish safe to eat. In comparison, 36% said they had quite a bit or a great deal of trust in fish farmers in the broader U.S., and only 10% reported the same for fish farmers outside the U.S. About 31% reported the same for grocery stores and supermarkets.

Awareness of aquaculture in Wisconsin is generally low, and perceptions about risks and benefits of fish farming may change as it becomes more prominent. Continuing to gather consumer feedback, and encouraging dialogue between consumers, fish farmers, regulators and researchers, is important as the Wisconsin aquaculture industry grows.

Editor's note: This essay is based on an April 2019 report titled "Consumer Attitudes Toward Wisconsin Farm-Raised Fish" co-authored by Bret Shaw, Kristin Runge, Shiyu Yang, Laura Witzling, Christopher Hartleb and Deidre Peroff. Shaw is an environmental communication specialist for the Division of Extension and an associate professor in the Department of Life Sciences Communication at the University of Wisconsin-Madison.