The Origins Of Wisconsin's Kerrygold Underground 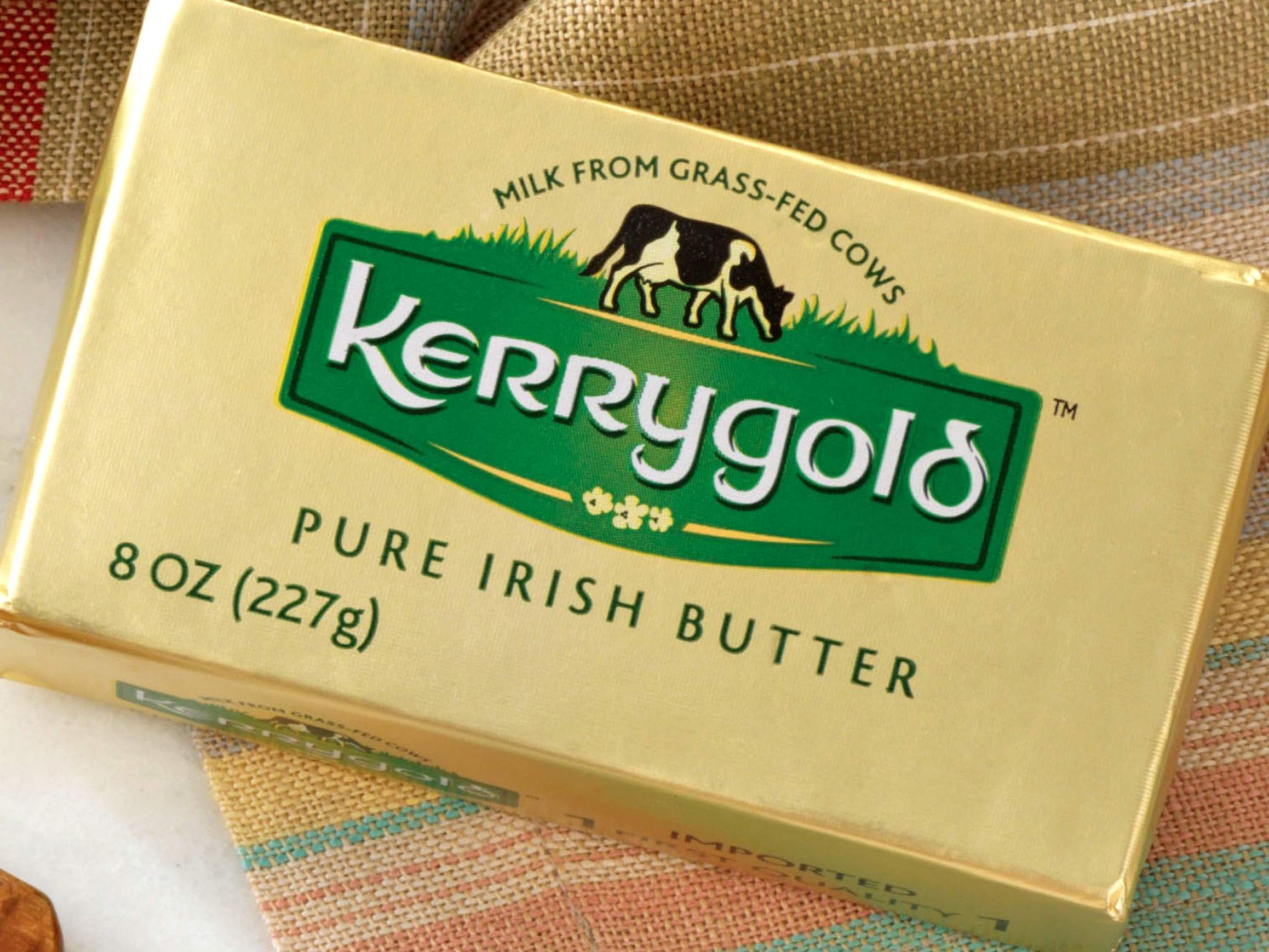 Many decades ago, devotees of oleomargarine would smuggle the butter substitute into Wisconsin, violating state law to enjoy their spread and cooking fat of choice. Today, at least one Wisconsinite drives to Nebraska and back to buy Ireland's most famous non-alcoholic export: grass-fed Kerrygold butter.

Fans can't buy this product in Wisconsin because a state law enacted in the 1970s requires butter sold in the state to be graded by Wisconsin regulators or the United States Department of Agriculture. This regulation effectively shuts out foreign butters from the state. Word of this obscure law made the rounds in February, primarily among media outlets in Ireland and American libertarian commentators, though it has picked up some attention in Wisconsin. Milwaukee Magazine noted the matter and compared it to recent controversies over raw milk.

Dublin-based Ornua Co-operative Limited, which makes and markets this delicacy, responded with a Feb. 22 press release. It stated: "Kerrygold butter is graded, produced and packaged in Ireland. We are currently working with the Wisconsin authorities on a solution which will enable consumers throughout the state enjoy the great taste of Kerrygold butter."

Even if Kerrygold isn't (legally) available in Wisconsin now, its parent does business in the state. One of Ornua's U.S. subsidiaries acquired a cheese plant near Appleton in Hilbert, Thiel Cheese & Ingredients, in 2011. According to the company's website, it spent $80 million to upgrade the facility in 2014. This location makes processed and imitation cheeses that mostly go off to other food manufacturers, who use them in products like sauces and frozen pizzas. The subsidiary that distributes Kerrygold in the U.S. is headquartered in the Chicago suburb of Evanston, not 60 miles from the Wisconsin border.

Ornua is a relatively new name. Ireland's legislature created the organization in 1961 in order to promote dairy exports, originally calling it An Bord Bainne. In 1994, its name was changed to an English translation: the Irish Dairy Board. And in early 2015, the board rebranded as Ornua in anticipation of the removal of European Union dairy quotas. It's the largest dairy exporter in Ireland.

Of course, Wisconsin dairy producers find considerable markets in other countries. Between 2000 and 2015, dairy products overtook corn as Wisconsin's most valuable agricultural export, according to data from the USDA. In 2014, the state's exported dairy products hit a value of nearly $1 billion.

The Republic of Ireland is not among Wisconsin's top 25 trading partners. (The United Kingdom, which includes Northern Ireland, is the fourth-largest destination for Wisconsin exports, though.) A 2016 report on Ireland by the public-private Wisconsin Economic Development Corporation did state "[i]ndustrial machinery, medical equipment and food are key sectors of opportunity for Wisconsin companies in this market."

Wisconsin has long had a reputation for fiercely protecting its dairy cred, whether through long-standing obscure laws or bids to pass new ones. But people are talking about the butter law now because food-safety regulators at the Department of Agriculture, Trade and Consumer Protection caught wind of the Kerrygold underground in 2015.

"The reason that this all came to a head was because it was noticed that several establishments were stocking [Kerrygold butter] in violation of the law. We gave the operators the opportunity to fix the situation before we went into any sort of enforcement or action," said DATCP spokesperson Raechelle Belli.

Stores pulled the butter without too much of a fuss. But this didn't stop a writer at the Foundation for Economic Education, a libertarian think tank, from declaring Wisconsin is a "nanny state" and that demand for grass-fed butters like Kerrygold is "alarming Wisconsin food bureaucrats who cannot stand to see a rule being broken, no matter how arbitrary it may be." Other free-market commentators made similar statements, adding to the brief butter furor.

DATCP and Ornua have both stated that they are working together to bring Kerrygold into compliance, and it probably won't involve exorbitant fines or throwing well-intentioned butter merchants in jail.

"They would just need to submit their product for grading and have it graded per Wisconsin standards, and they would have to reflect that on the labels that they put on the product," Belli said.

Meanwhile, the scope of Wisconsin's law only applies to butter. Fans of the Kerrygold Dubliner brand of cheese can purchase it without any furtive trips across state lines.