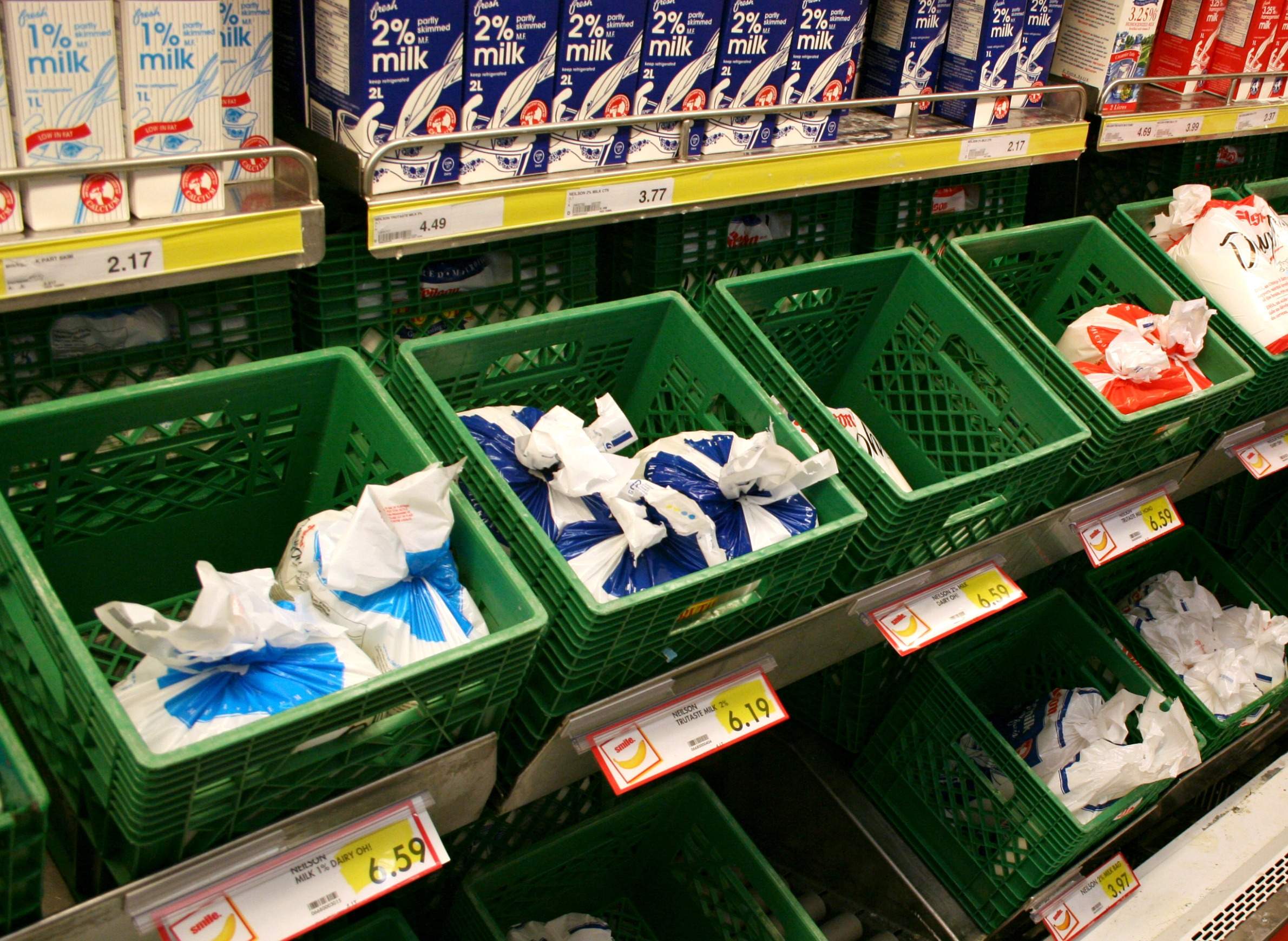 Canada's dairy system is built on production quotas intended to prevent an oversupply of milk.

Wisconsin's dairy industry is dealing with a big shock after one processor, Grassland Dairy Products Inc., dropped its contracts to buy milk from dozens of farms, citing a new Canadian policy that favors that nation's domestic milk producers. However, as significant as Canada's new policy is, it is only one contributor to the distresses the broader state dairy industry is experiencing. A few key factors set the stage for the tough period dairy producers are facing.

There's already a lot of pressure on Wisconsin dairy farmers.

Most of the dairy farms dropped by Grassland have struggled to find new buyers for their milk. Their main difficulty is that there's already so much milk on the market — more than processors can keep up with.

"One of the problems that we have at this point in time is that we have a tremendous amount of milk on the marketplace, and there really doesn't appear to be any dairy processor who is anxious to pick up more milk. So it would be almost altruistic for a dairy processor to pick up a few of these farms to help relieve some of that situation," said Mark Stephenson, director of the University of Wisconsin Center for Dairy Profitability, in an April 21, 2017 interview with Wisconsin Public Television's Here And Now.

A glut of milk has weighed on dairy farmers for a couple of years now, pushing prices down and prompting farmers around the country to dump millions of gallons of milk. (Similar price problems might be coming for Wisconsin's two other biggest agricultural products, soybeans and corn.) One dropped Grassland supplier suggested to Milwaukee public radio station WUWM that if all the farms supplying the processor cut their production by just one percent, no one would have to get dropped.

One can't make sense of Wisconsin's agricultural economy without factoring in the profound influence of export markets, and dairy products are the state's biggest food export by dollar value. Even as the U.S. and Canada argue over milk, good trade relations are important to Wisconsin. That's because Canada is the biggest single destination for the state's products sold abroad, accounting for nearly a third of the state's exports in 2016. And according to the Canadian government, 17 percent of Wisconsin's exports to that country are agricultural. Which means Wisconsin also sells Canada billions of dollars worth of other things that aren't milk, including paper products and chemicals.

Canada is also putting pressure on another important section of Wisconsin agriculture — cranberries — as producers in British Columbia grow bigger harvests. However, Wisconsin still produces more cranberries than the entire nation of Canada.

"I think they can be viewed as being unfair." he said. "They've created a new class of milk or dairy product that is going to be priced at so-called competitive or world prices, which are much lower than their internal or domestic prices are. And this is clearly done as a strategy to help avoid, you know, the cross-border movement of these dairy products from the U.S. into Canada."

Unpredictability is built into the dairy market, except in Canada.

In theory, dairy farmers and processors could track milk market supplies, anticipate when a glut is coming, and act together to rein in production before prices take a hit. But in reality, the dairy industry in Wisconsin and most other places consists of thousands of individual actors who don't coordinate.

"There are very few countries that do manage their dairy production," Stephenson said on Here And Now.

One big exception is Canada, which uses a network of provincial boards to place quotas on dairy production, with the goal of keeping prices stable and preventing an oversupply.

"They have a quota-based system that allows each dairy farmer the privilege of selling a certain amount of kilograms of butterfat into the marketplace every day," said Stephenson about the Canadian system. "We don't have that. Most countries with substantial dairy industry doesn't have anything like that."

Canadian dairy-industry groups and farmers already inside the system have fought to keep this system, but it's the source of a fair amount of discontent. In fact, President Donald Trump's comments about Canada's dairy policy have stirred up a new round of commentary in Canadian media about the shortcomings of that nation's supply management system, which critics call a "cartel."

Wisconsin has also been accused of dairy protectionism.

In a global context, criticisms of Canada's dairy policy boil down to the argument that it protects Canadian dairy farmers at the expense of everyone else. Stephenson said on Here And Now that he considers Canada's dairy policies "highly protectionist," and thinks it could be violating international trade agreements. But there's nothing new about nations adopting policies that favor domestic industries.

Wisconsin likewise has a history of looking out for its own, like guarding butter producers with laws that prompted people to smuggle oleomargarine in the state. In recent months, free-market commentators and fans of the Irish-made Kerrygold brand (which itself has origins in Ireland's efforts to promote its dairy industry) have criticized the state over a law that has prevented legal sale of butter products that are not graded by state regulators. (It turns out many stores in Wisconsin have been selling it anyway, though, and the whole thing has pretty much resulted in a promotional publicity coup for Kerrygold.) A dairy in Ohio has joined in on the fuss, suing the state over its law. Meanwhile, at the beginning of 2017, U.S. Senator Tammy Baldwin moved to protect dairy farmers from competition from plant-based milk substitutes, introducing the tortuously acronymic DAIRY PRIDE Act.

The letter Grassland sent to the dairy farmers it is dropping indicated that it would stop purchasing their milk as of May 1. While that left the affected farmers a narrow window to find new buyers, any broader fix to this issue might be a long-term process.

"We've had farms that have been dropped from a processing home in the past and usually that's no headline at all because there's some other processor waiting to pick that farm up," he said. "The difference right now is that in my 30 years of working in the dairy industry I've never seen this kind of thing happen when you can't even cajole people into thinking about a little bit longer-term use of this milk and dairy product for their plants."