The Precarious Path From Food Stamps To Self-Sufficiency 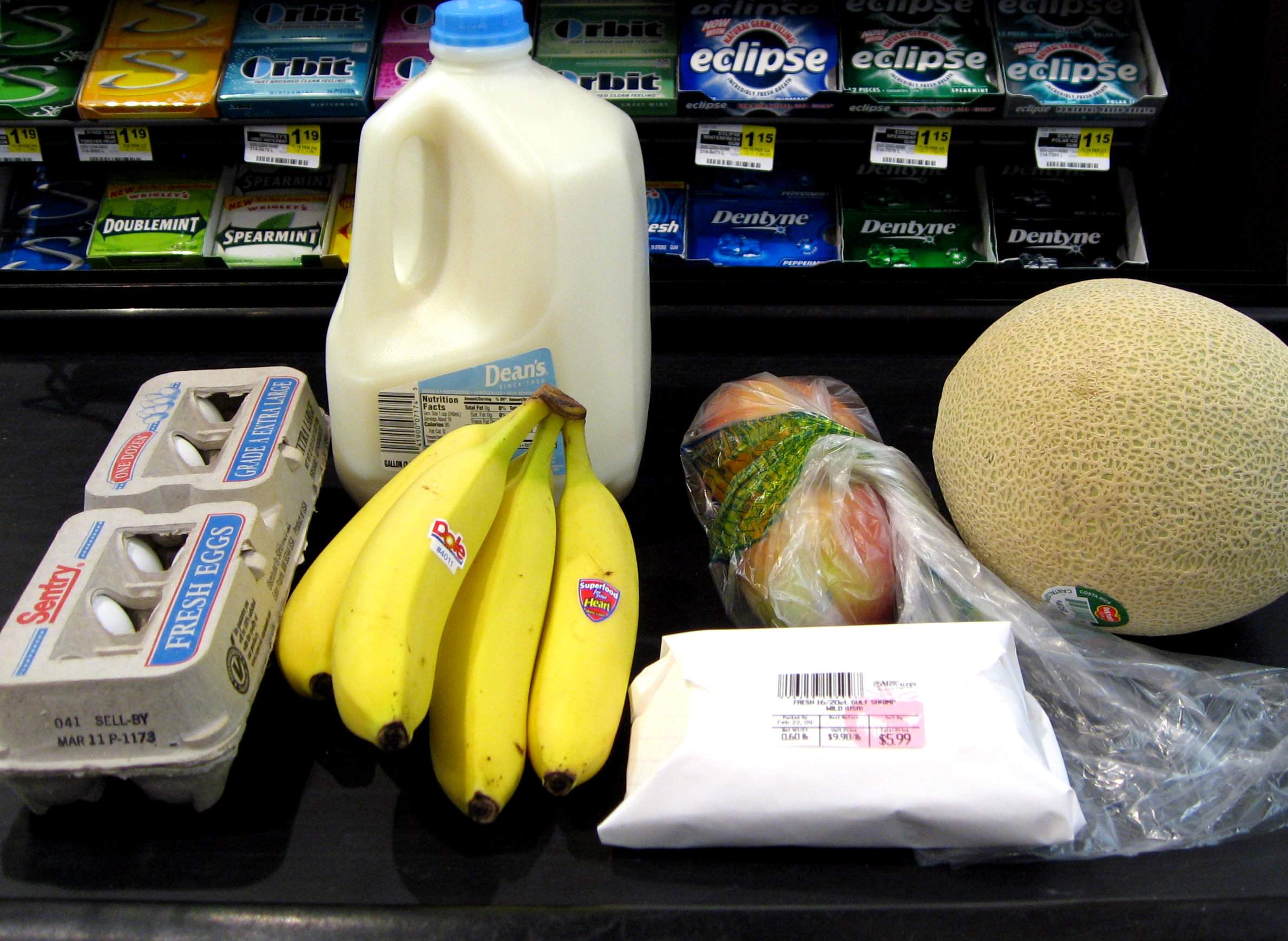 Political rhetoric around food stamps is often driven by anecdotal evidence and exaggeration. One perennial point of contention is about how long people who receive food assistance want to and should be supported.

Advocates for public-assistance programs and people who work to support the hungry through organizations like food banks generally believe that the best outcome for someone on food stamps is to ultimately find a stable job that pays grocery bills.

A package of public benefits regulations passed in a February 2018 special session of the Wisconsin Legislature ratchets up an ongoing effort under Gov. Scott Walker and the Republican-controlled statehouse to restrict access to public benefits, particularly food assistance. Colloquially known as food stamps, these benefits are distributed in the state under the banner of FoodShare Wisconsin, which is governed at the federal level under the Supplemental Nutrition Assistance Program.

This latest round of proposed rules in Wisconsin increase work requirements for FoodShare recipients from 20 to 30 hours per week, and will extend that condition from childless adults to people with children age six or older. And under already existing federal guidelines, adults deemed capable of working can receive SNAP benefits for only a total of three months within a 36-month period. Additionally, these rules would bar food stamp access for people with certain assets, namely a car or truck worth $20,000 or more or a home assessed at more than twice the median home value in the state. Both changes require approval from the U.S. Department of Agriculture, which oversees SNAP, before the state legally can implement them.

These proposed rules could end up undermining the goal of getting food stamp recipients back to self-sufficiency, said Feeding Wisconsin executive director David Lee in a Feb. 23, 2018 interview with Wisconsin Public Television's Here & Now.

Lee, whose group is a statewide umbrella organization for food banks, said he and other food security advocates urged the Legislature to slow down in crafting any policy changes that would affect FoodShare. "The whole process took about three weeks," he said of the special session in which the legislature passed nine out of 10 bills Walker proposed.

Stressing his support for FoodShare recipients getting adequate jobs so that they don't have to rely on benefits for very long, Lee said that it can be tough for people in different circumstances to take full advantage of the program's attempt to provide a path back to employment. People without access to transportation might struggle to get to a job training center, and someone on FoodShare who is already working 20 or 25 hours per week might have trouble if more hours aren't available at their place of employment.

"We hear from a lot of people that they're already working," Lee said. "These are folks who are working hard, playing by the rules, and just trying to utilize FoodShare as it's intended."

Many work requirements and time limits are in place for recipients of food stamps and other public benefits at the federal level, many of them going back to the laws President Bill Clinton and the Republican-led Congress worked together to pass in the 1990s. States do have some discretion in shaping the particulars of public benefits programs, but these federal requirements generally stay in place. This setup often means that state-level politicians push for stricter requirements, but are often calling for a generally restrictive framework that already exists whatever state policymakers do.

FoodShare payouts to Wisconsinites have been dropping since 2013 after a steep climb fueled by the Great Recession. In calendar year 2017, data from the state Department of Health Services show that Wisconsinites received $867,249,657 in FoodShare benefits — the lowest level since 2010, when it climbed to just over $1 billion.

The state's management of FoodShare has become more work-oriented during the Walker administration. One big shift was simply a return in 2015 to federal work requirements that had been waived in Wisconsin and other states to account for the difficulty benefit-seekers had been having in finding jobs amid the economic crash. Federal food stamp rules already require "able-bodied adults without dependents" to work and/or participate in training programs for 80 hours per month.

The FoodShare Training and Employment program, launched in 2015, that aims at getting food stamp recipients into the workforce is one big reason that spending on food stamps (which are entirely funded by federal dollars) has gone down in the state. While that program has been in effect, thousands of people have found jobs, but many more have simply lost benefits. Here & Now found that since the state launched that program in 2015, 85,981 able-bodied adults without dependents in Wisconsin have lost FoodShare benefits, while 25,071 gained employment.

Therefore, people are being transitioned away from FoodShare, but it's hardly clear that these former recipients are transitioning to greater food security or gainful employment. Between 2015 and 2016, Wisconsin food banks reported greater demand. And amid the economic recovery, private-sector employment grew in the state, but the year-to-year numbers have been erratic, and a lot of the jobs created have been low-wage, which makes it harder for low-income families to recoup what they lost in the recession.

As for the restrictions on the major assets a person receiving food stamp benefits can have, Lee pleaded for people to understand that it's possible to buy a nice car or house while one's employment situation is good, but later experience financial crisis from a lost job or health issue. A policy that encourages someone to sell that house or car just to be eligible for temporary assistance could only make things worse in the long run, he said.

"I think we shouldn't make policy that incentivizes people to get rid of their assets if they fall on some temporary tough times," he said. "I think, as we know, in today's dynamic economy, things can change on a dime."