Slowing The Growth Of Slime In Central Wisconsin's Waters 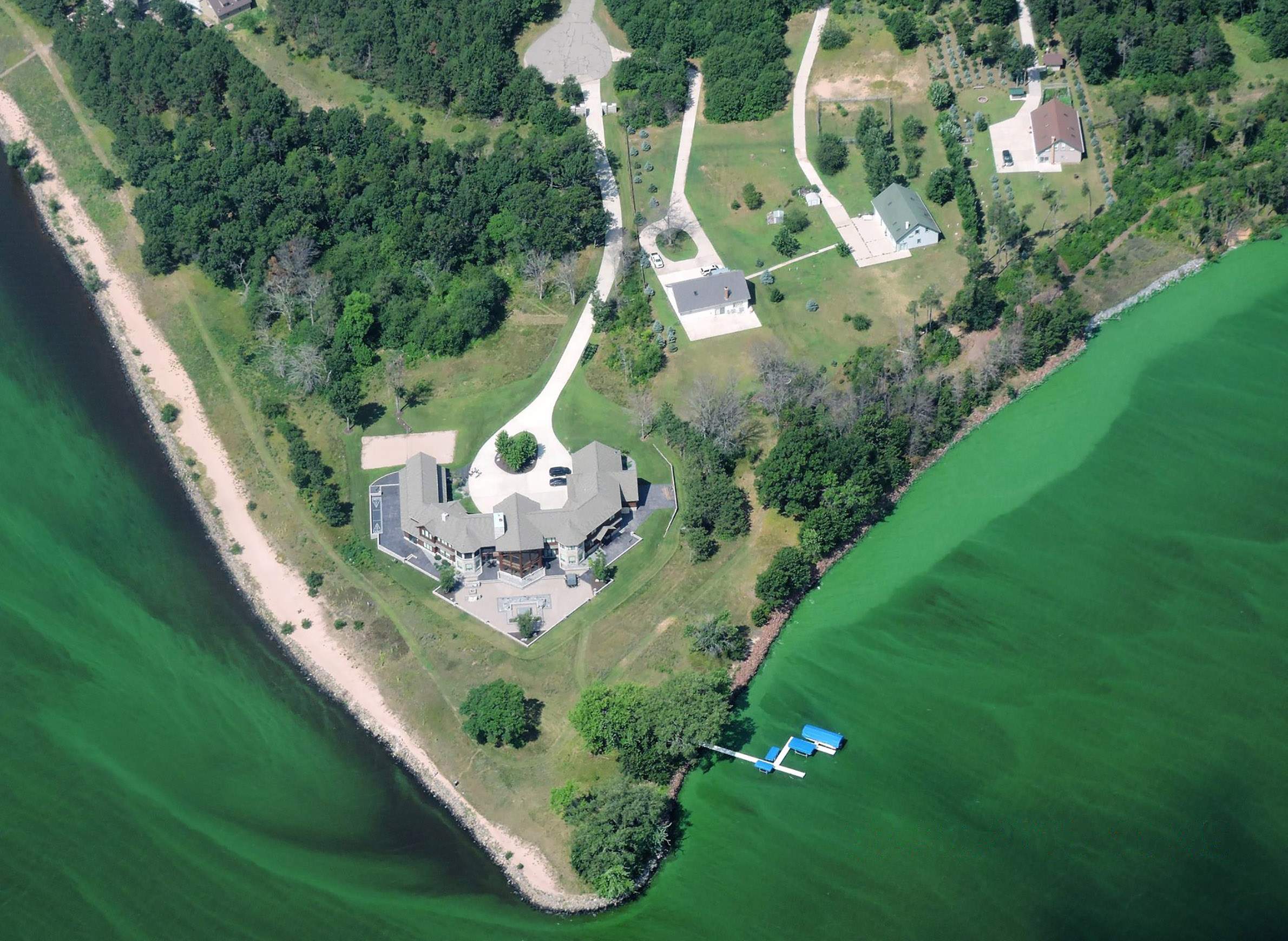 Rhonda Cain-Carrell
Petenwell Lake in central Wisconsin regularly experiences algal blooms as a result of excess phosphorus in the water.

It's never an easy conversation to have in Wisconsin: Phosphorus pollution afflicts bodies of water all over the state, and its primary source is agriculture. In regulatory parlance, it's a type of nonpoint source pollution, in which phosphorus seeps from fields into surface and groundwaters from myriad, dispersed locations.

Wastewater treatment plants pump plenty of phosphorus into watersheds as well, but those facilities are regulated more rigorously than farm runoff. This is in part because state regulations and the federal Clean Water Act treat these sources of pollution differently. That's not to say that farms aren't regulated — the Wisconsin Department of Natural Resources has performance standards in place that farmers are supposed to meet in managing the nutrients they use and controlling soil erosion. But it's still more complicated to track and regulate pollution stemming from dozens or hundreds of farms in a watershed than it is to regulate a smaller number of sewage plants.

Farmers, property owners and recreation-seekers along the Wisconsin River have been grappling for years with the effects of phosphorus pollution, especially the hideous green slicks of algal blooms. When there's excess phosphorus in surface water, various species of algae and bacteria begin to thrive at the expense of other organisms in the ecosystem. The noxious stench repels swimmers, boaters and anglers, and upsets people living near affected lakes and rivers. More dangerously, algal blooms deplete the supply of oxygen in the water, which can kill fish in mass numbers, and some emit toxins that can poison pets and people.

One phosphorus trouble spot in central Wisconsin is Petenwell Lake, a man-made body of water straddling Wood, Adams and Juneau counties that was created by a dam. The lake's long record of algal blooms made it one focal point in a major DNR plan to reduce pollution in the Wisconsin River. This plan was the focus of a discussion on the March 1, 2018 edition of Wisconsin Public Radio's Route 51, which highlighted how cooperation between farmers and other residents in the area can help communities improve water quality.

Kevin Kirsch, a water resource engineer with the DNR, said that the agency's plan doesn't actually create new regulations. Rather, it essentially sets targets for how much phosphorus should be allowed to go into many different sections of the river — known in regulatory terms as "total maximum daily loads," or TMDLs. The plan calls for reducing the phosphorus TMDL in Lake Petenwell by 63 percent. People in the area who generate phosphorus through farming or other means know they have regulations to follow. But setting a target in the form of a TMDL gives everyone involved a starting point for figuring out how to make a change in the big picture.

"It gives the agriculture industry and municipalities an opportunity to concentrate the efforts where they need to be," Kirsch said.

Rick Georgeson, who owns a home on Petenwell Lake and president of the environmental group Petenwell and Castle Rock Stewards, discussed how he and his neighbors have been advocating for phosphorus reduction since 2007, in part through something called "Politics and Pontoons." This program tried to spark discussion about phosphorus pollution by taking state legislators and farmers on boat tours around the frequently be-slimed waters.

As much as algal blooms near his home were upsetting, Georgeson said the DNR study is making him feel hopeful.

Ken Schroeder, a University of Wisconsin-Extension agriculture agent in Portage County, said the growing discussion around the river's phosphorus problems is helping farmers and recreational users appreciate that they all share a common stake in reducing runoff pollution. It's in a farmer's interest, after all, to make sure that as much as possible of the nutrients they're applying actually get absorbed by crops.

John Kennedy is a conservation advocate for the Big Eau Pleine Reservoir, where the DNR has set an even more ambitious target of reducing the phosphorus load by 84 percent. Reflecting on the reservoir's recent history of fish die-offs, Kennedy brought up the importance of curbing erosion.

"We're seeing a loss of soil and erosion factor of three to five tons per acre per year, and that's huge, and we just can't sustain that," Kennedy told Route 51 host Glen Moberg.

As the DNR begins implementing its plan for phosphorus reduction throughout the Wisconsin River watershed, more farmers will need to adopt methods for keeping their soil in place as much as possible to reduce runoff. The options include planting cover crops — plants that might not be a working farm's chief product, but help to hold the soil together — and adopting no-till farming methods.

Most COVID-19 Patients In Wisconsin Have Recovered, But What Does That Mean?