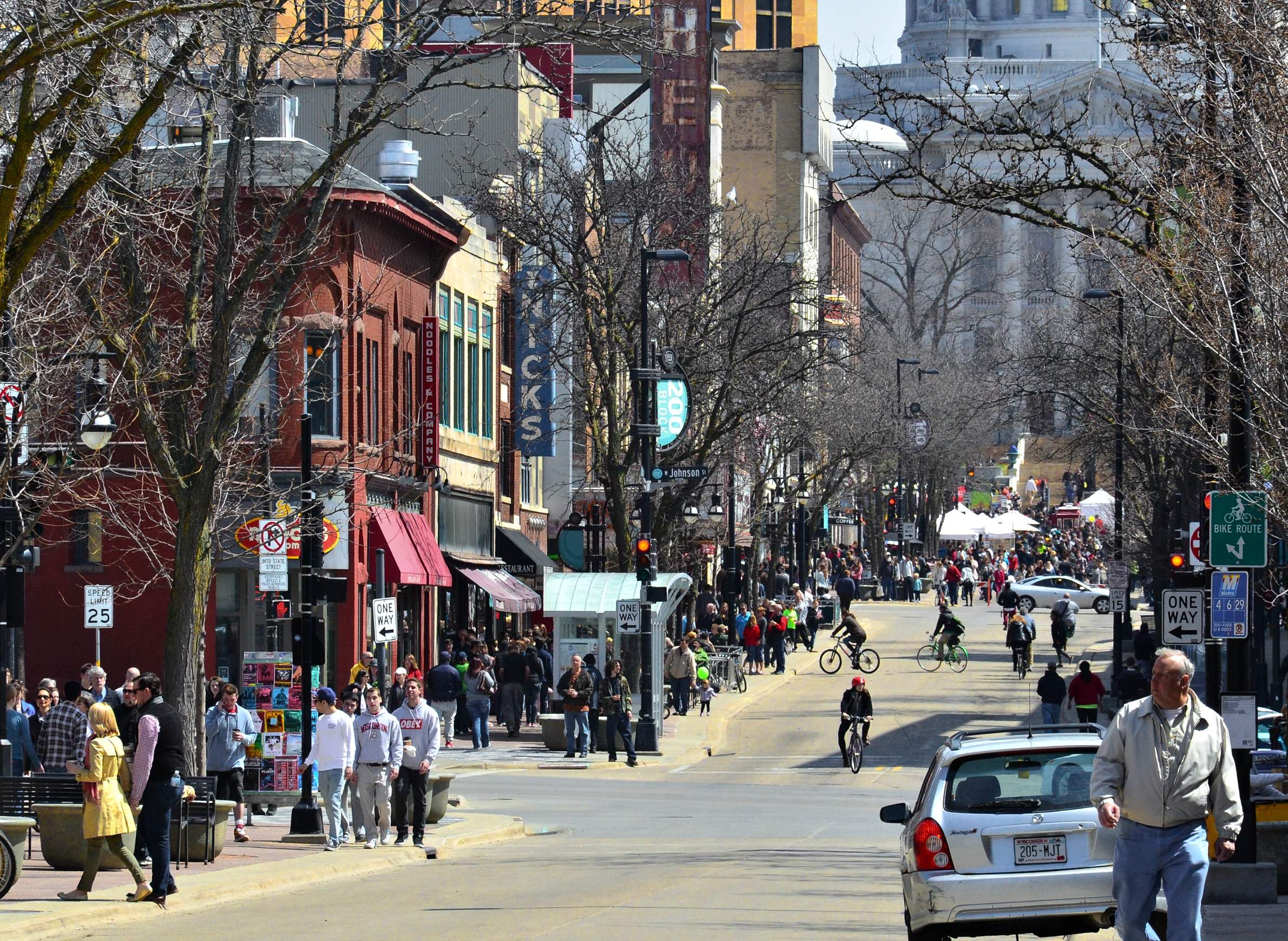 A national organization that advocates for the development of better towns and cities ranked Madison the third safest city for pedestrians in the United States.

Smart Growth America used what it calls a "Pedestrian Danger Index," or PDI, in its report titled "Dangerous by Design 2016" to calculate the number of pedestrian deaths per 100,000 people in 104 cities nationwide from 2005 to 2014.

The PDI is determined by the share of the population that walks to work relative to the number of pedestrian deaths in that city. Madison received a PDI of 16.4, compared to the most dangerous city's index of 283.1.

Emiko Atherton, director of the National Complete Streets Coalition, a program of Smart Growth America, said having a proper transportation infrastructure that supports all users, such walkers, wheelchair users and bike riders, makes a city safer. However, not all cities design streets with that in mind.

"Most unsafe cities in the country and unsafe states, they really have unsafe transportation networks that were most often built to support this single occupancy vehicle," Atherton said.

Madison has made improvements to its street design by adding overhead warning signs, colored crosswalks and pedestrian refuge islands that limit a walker’s exposure to traffic in the middle of the street, according to the Wisconsin State Journal.

Last week, the Madison Board of Public Works recommended that the city council adopt a new plan called Madison in Motion. Its goal is to make the city more walkable, bikeable and public transit oriented.

The Milwaukee metro area, which includes the city, Waukesha and West Allis, received an average ranking in the report.

Wisconsin was ranked in the top 15 safest states for pedestrians. However, the state's Complete Streets policy, which required bikeways and pedestrian ways to be included in state road projects, was modified as part of the 2015-17 budget.

The state statute was changed from requiring the inclusion of bicyclists and walkers to giving them due consideration.

Nationally, the elderly, people of color and low-income residents are disproportionately killed by a vehicle while walking, according to the report.

"People of color have a much lower car ownership rate than people who are white, not Hispanic, so they are essentially walking more, which puts them more at risk," Atherton said.

Atherton added low-income communities often have some of the worst transportation infrastructure, such as a lack of sidewalks.

Nationally, adults over the age of 75 are twice at risk of getting hit and killed, Atherton said.

"Now that's the age when many people are starting to move from being drivers into using other forms of transportation, so they're more exposed," Atherton said.

Atherton noted crosswalk signals can often start counting down too quickly and an elderly person may not be able to make it to the other side of the street in time.

For a city's PDI to improve, it's up to political leaders, the Department of Transportation and community members to make pedestrian safety a priority, Atherton said.

The safest city for pedestrians was Colorado Springs, Colorado, according to the report. The most dangerous city to walk in was the Cape Coral-Fort Myers, Florida, metro area.