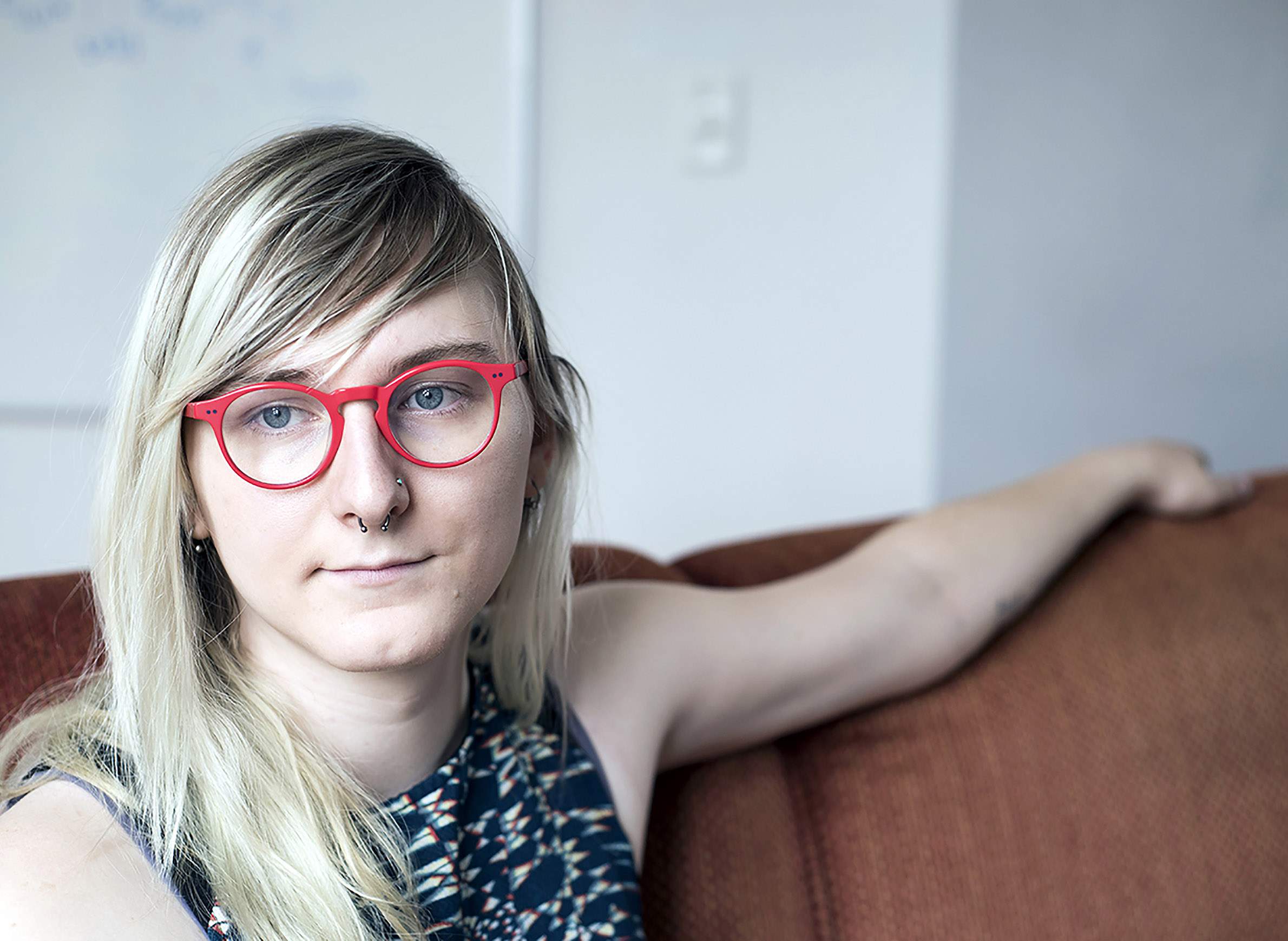 Lauren Justice/Kaiser Health News
Wren Vetens was stuck in the middle of her health care provider and insurer with the prospect of hugely varying payments.

Wren Vetens thought she'd done everything possible to prepare for her surgery.

She chose a doctoral program in physics at the University of Wisconsin-Madison, a school that not only embraced transgender students like her, but also granted insurance coverage for her gender confirmation surgery when she enrolled in 2016. When uncertainty over the fate of an Obama-era anti-discrimination rule allowed the state to discontinue such coverage, Vetens and her mother, Dr. Kimberly Moreland, an OB-GYN, shopped for another plan.

Deducing the procedure would run from $19,000 to $25,000, based on prices posted online, they purchased insurance from Consolidated Health Plans, the company covering students. It would pay a maximum of $25,000 for the operation.

With that information in hand, Vetens planned ahead: She got her insurer's preapproval and scheduled surgery during winter break of her second year, allowing time for recovery before returning to her studies.

So, she was shocked when a hospital representative called her a couple of months before the long-awaited surgery estimating the bill would be $100,000. That meant she would be on the hook for as much as $75,000 after her insurer's $25,000 payout.

With preparations for the surgery well underway, Vetens, who has an anxiety disorder, said she missed classes and work as she dealt with the financial stress. "There were days when I just couldn't get out of bed for a whole day," she said, describing two weeks of panic attacks.

After mother and daughter complained about the last-minute surprise, a hospital representative offered a solution: If they paid out-of-pocket and in full before Vetens' surgery — forgoing their use of insurance — the hospital would accept just $20,080, assuring them the hospital would charge nothing to Vetens' insurer. But if they did not decide and pay up right away, the surgery would be canceled.

"I certainly felt that I had no choice," Vetens said.

After Moreland gave the hospital her credit card number for payment, they thought the financial roller coaster was over and Vetens could focus on recovery.

Then the bill came. 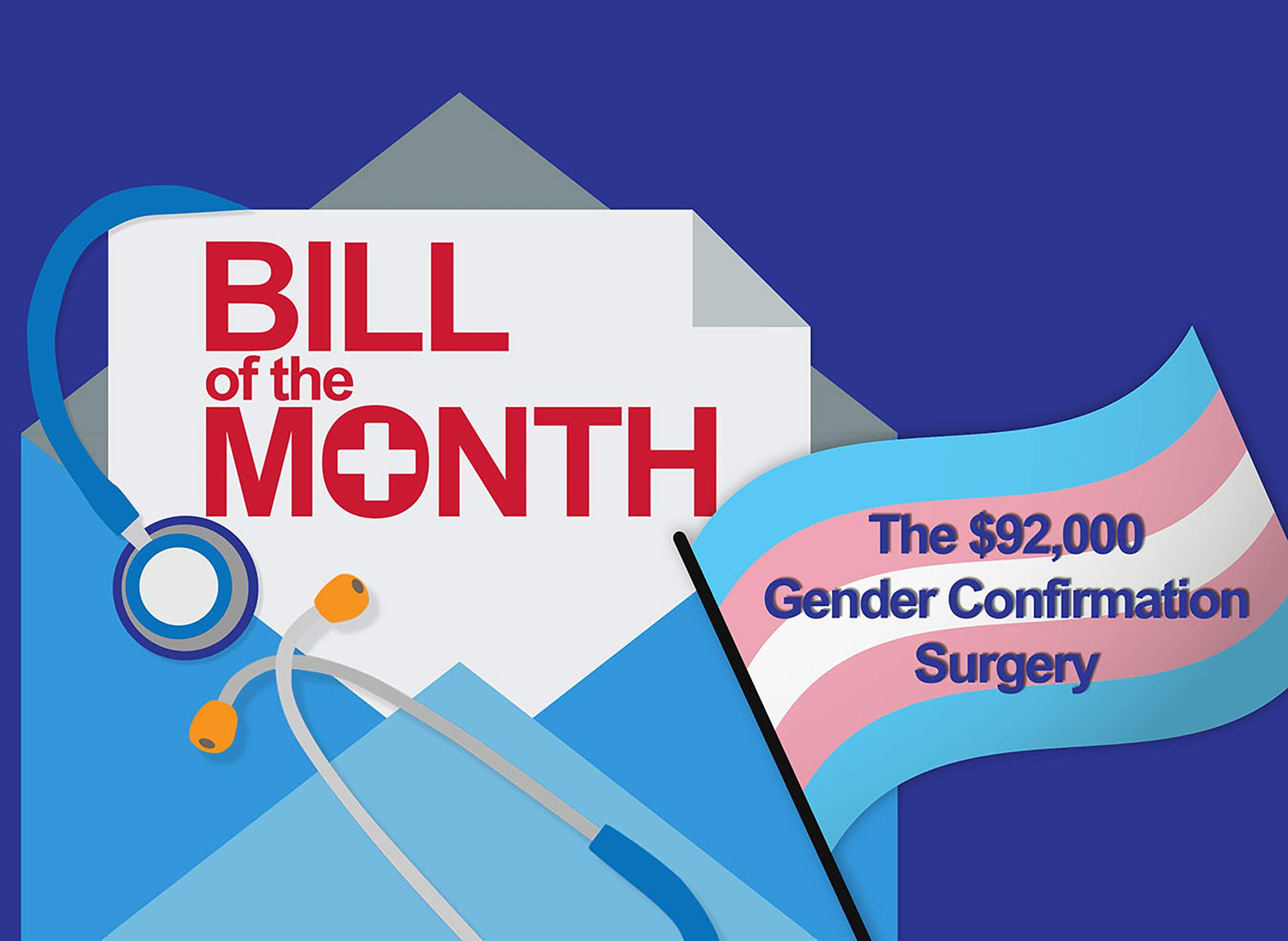 Patient: Wren Vetens, then 23, a Ph.D. student at the University of Wisconsin-Madison

Medical Treatment: Vetens underwent a procedure known as penile inversion vaginoplasty to address her diagnosis of gender dysphoria, a condition resulting from one's sex identified at birth being in conflict with one's gender identity.

The procedure, in which the patient's penile and scrotal tissue is used to create a vagina, generally takes about two to four hours and requires a short inpatient stay, according to Dr. Madeline Deutsch, the medical director for transgender care at the University of California-San Francisco.

What Gives: Though gender dysphoria is relatively uncommon, many of the billing and insurance issues Vetens encountered are typical for patients planning major surgery. Much of her stress and frustration arose from the vast difference between online price estimates ($19,000-$25,000), the hospital’s billed price to the insurer ($91,850) and what it was willing to accept as an upfront cash payment ($20,080).

Hospitals set list prices high because insurers with whom they have contracts typically negotiate them down. In exchange for charging an insurer's members a lower price, doctors and hospitals gain access to those customers, who have incentives to use these "in-network" providers. Hospitals may offer patients package deals for procedures if they pay cash upfront, in part because the hospital avoids the hassle of negotiation.

Officials at University of Wisconsin Hospital said they offered Vetens the option to pay $20,080 to secure extra experience and exposure for the hospital's programs for transgender patients, and to shield Vetens from an even bigger bill. "We were trying to protect the patient," said Dr. Katherine Gast, Vetens' surgeon.

As both parties hedged their bets in trying to determine what a penile inversion vaginoplasty was worth, Vetens was stuck in the middle with the prospect of hugely varying payments.

Brunette said its contract with Vetens' insurer "relies on a complex formula" that classifies procedures and calculates their costs based on a handful of factors, which in turn modify a proprietary "base rate" for that insurer. 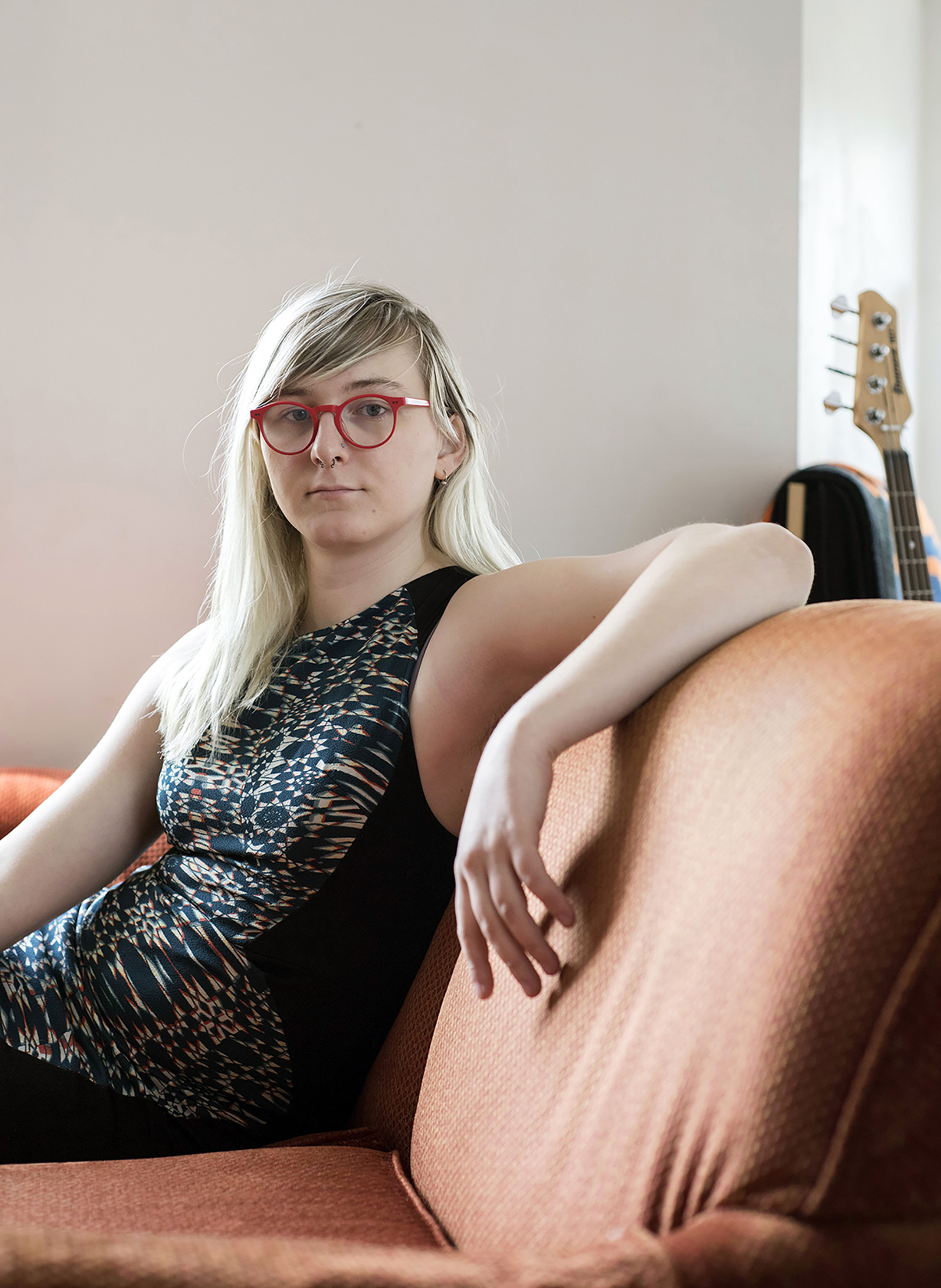 Lauren Justice/Kaiser Health News
Wren Vetens was promised a significant discount on the cost of her gender confirmation surgery if she paid in cash upfront, without using her health insurance. Yet after the surgery, Vetens received an explanation of benefits saying the hospital had billed her insurer nearly $92,000.

It is common for hospitals to require prepayment if a patient doesn't have (or want to use) a health plan — or if the hospital is unsure whether it'll be able to collect from the insurer. Sometimes hospitals request a deposit or sometimes, as in Vetens' case, the hospital agrees to an upfront payment in full.

When Moreland called the hospital to pay the $20,080 price — an option she acknowledged many simply could not afford — she asked for an itemized bill. The next day, she received a brief letter outlining some of the general services included for the price, such as "physician's fee" and "post surgery labs." Then it simply said: "Penile Inversion Vaginoplasty — $20,080.00."

"How in the world did you come up with a number if you have no idea what it covers?" she asked.

Had Vetens chosen a hospital that did not contract with her insurer, the family could have been reimbursed 60 percent, or about $12,000 of the money paid, since her insurance pays a portion of out-of-network care. But since Consolidated Health Plans has a contract with the University of Wisconsin Hospital, it said it would not reimburse anything at all. Contracts between insurers and providers discourage such sideline cash transactions, since hospitals can make more money when patients use insurance, as evidenced by Vetens' bill.

Vetens and Moreland appealed to Consolidated Health Plans, feeling they had been "the victims of a 'bait-and-switch' scam."

The surprises didn't end there. Though multiple hospital representatives reassured Vetens that they wouldn't charge her insurance after her cash payment, Vetens received an explanation of benefits saying the hospital had billed her insurer nearly $92,000.

A hospital bill followed, identifying their $20,080 as "pre-payment," treating it like a partial deposit. Vetens owed more than $13,000, it said.

Dr. Kimberly Moreland (left) and daughter Wren Vetens felt that they had been "the victims of a 'bait-and-switch' scam.'' 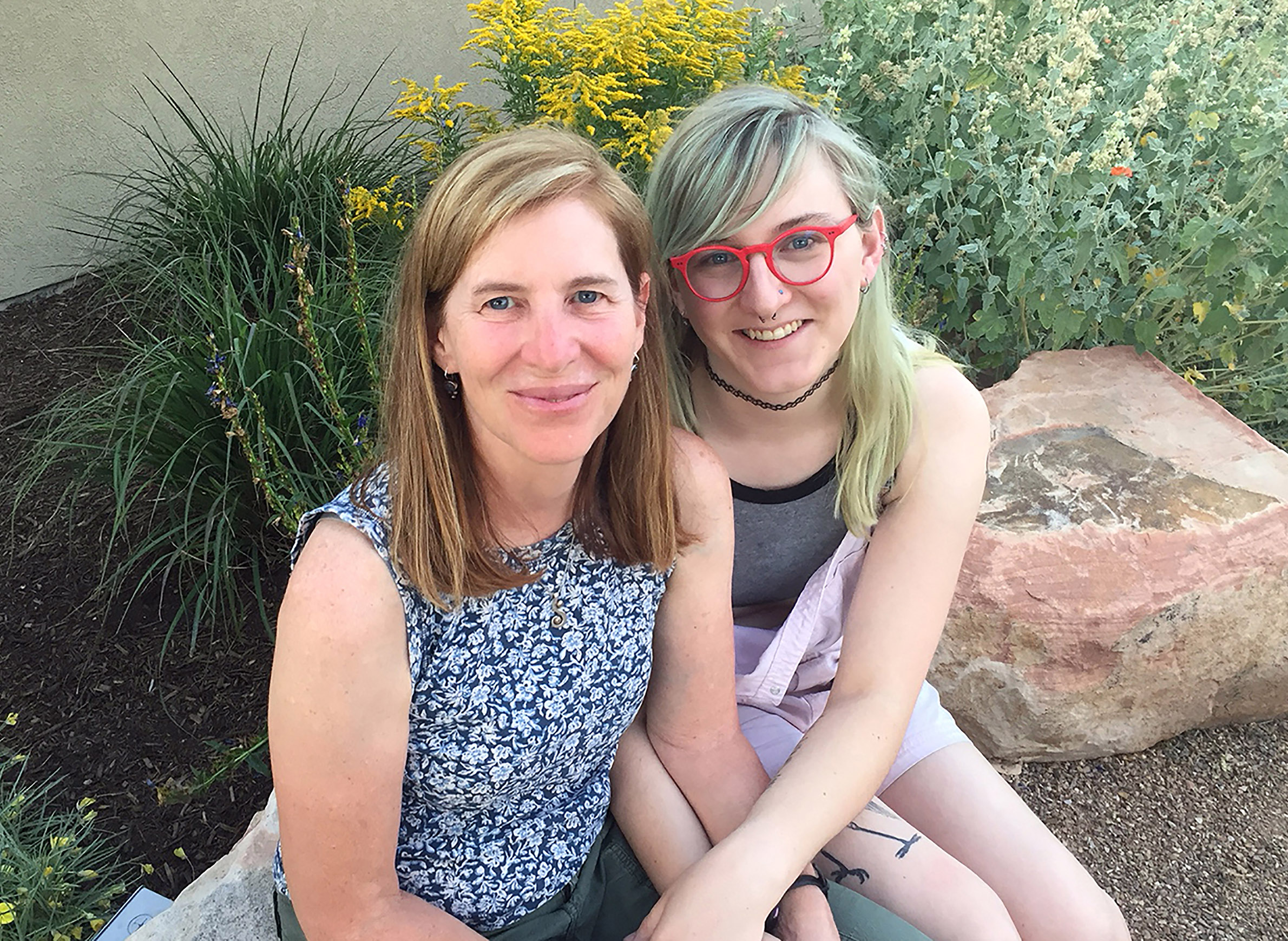 Studies have shown that more than half of hospital bills contain errors, a problem made worse by the fact that medical bills — with codes and jargon — can be nearly impossible for even savvy patients to understand.

"That was not supposed to happen. That was an error," said Abby Abongwa, a hospital billing official. "That was absolutely an error on our part."

Resolution: After the bill for $91,850 arrived, an alarmed Vetens showed it to her surgeon. The hospital quickly apologized and repaid her insurance company.

Within a few weeks of receiving the appeal — which noted that Vetens and Moreland had contacted a national media outlet — Consolidated Health Plans reimbursed Vetens nearly $18,000, offering her no explanation for why the company had ultimately decided to reverse its earlier judgment that it would not pay anything toward her care.

With their reimbursement, Vetens and Moreland paid about $2,100 for the surgery, all told.

The Takeaway: Be mindful that online pricing estimates frequently represent cash prices, which are often far lower than the price hospitals will bill your insurance.

Ask about a cash price — you may get a better deal. But if you forgo insurance, you're on your own. Your insurer is under no obligation to pay you back for any part of the bill or help you troubleshoot billing, and any payment you make is unlikely to count toward your deductible.

Enlist your doctor's help. Gast, Vetens' surgeon, proved a powerful advocate for her patient when disputes arose about billing and pricing. Billing representatives might not always be responsive to patients, but it's in the hospital executives' interest to keep staff surgeons happy.

Some of these issues can be settled only through legislation. Right now, there is no legal requirement for hospitals to provide itemized bills to patients. Hospital bills are fraught with errors, and there is little accountability for providers who bill erroneously.

In the meantime, don't be afraid to ask questions and fight back.

"Bill of the Month" is a monthly feature from Kaiser Health News and NPR that dissects and explains real medical bills in order to shed light on U.S. health care prices and to help patients learn how to be more active in managing costs. Do you have a medical bill that you'd like us to see and scrutinize? Submit it here and tell us the story behind it.

Editor's note: Kaiser Health News is a nonprofit news service covering health issues. It is an editorially independent program of the Kaiser Family Foundation that is not affiliated with Kaiser Permanente. This article was originally published on July 26, 2018. KHN's coverage of women's health care issues is supported in part by The David and Lucile Packard Foundation.

Shifting Policies Frustrate UW Student's Quest For Gender Confirmation Surgery
Learn More About The Novel Coronavirus, COVID-19 And Wisconsin
Most COVID-19 Patients In Wisconsin Have Recovered, But What Does That Mean?
Thousands Of Voters Are Caught In A Legal Battle Over Wisconsin's Election Rolls
The Perennial Lessons To Learn From Public Health Policy Battles