What Does Foxconn's Medical Division Actually Do? 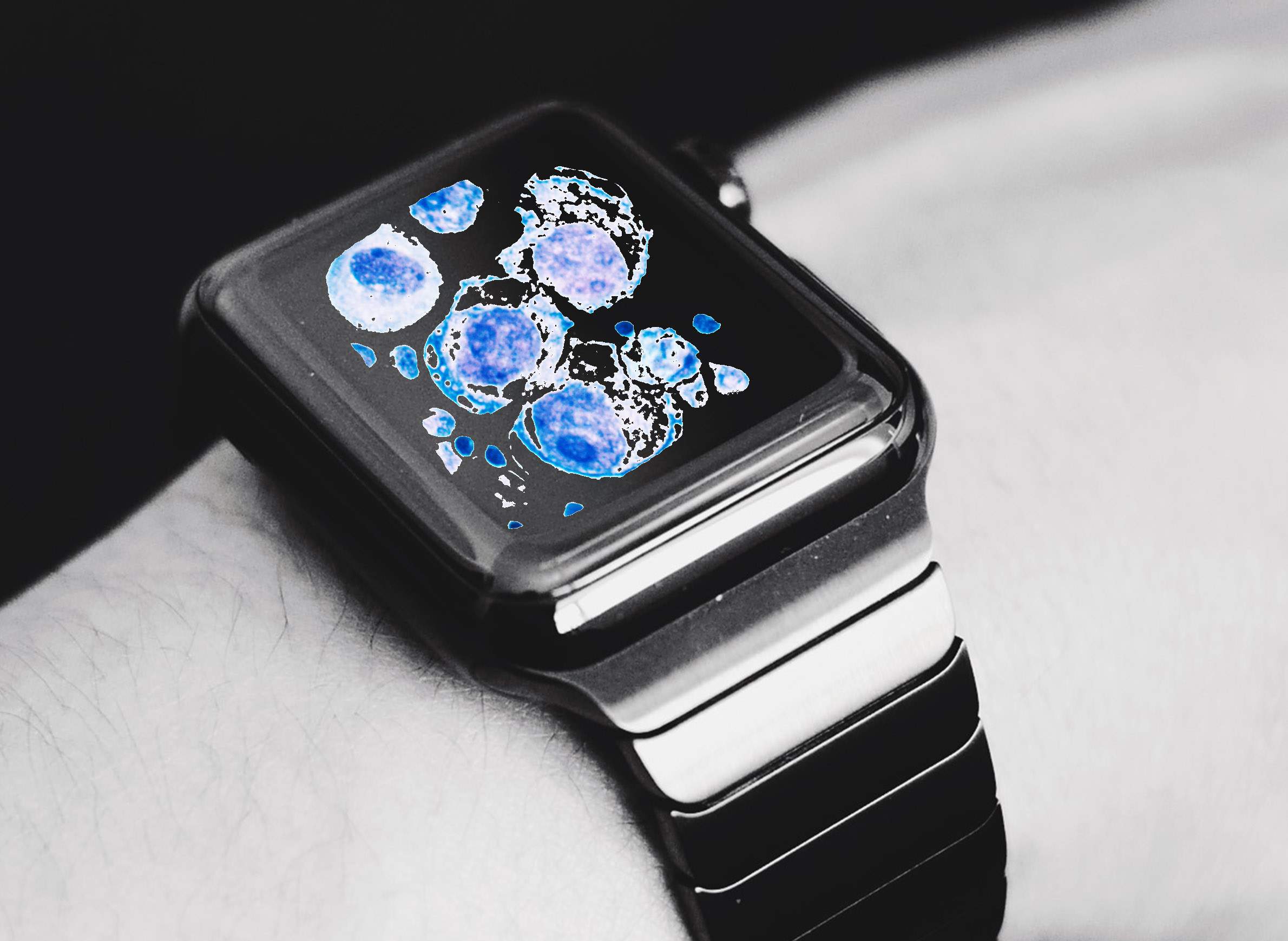 As Foxconn pursues building a massive LCD manufacturing facility in southeastern Wisconsin, the state's biotechnology and medical-research communities are touting the possibilities of collaboration with the Taiwan-based company. Researchers across the University of Wisconsin System, and at the Medical College of Wisconsin and other institutions develop technologies with medical and other health-related applications. So too do a variety of private companies, including General Electric's healthcare division, which has a strong Wisconsin presence, and a growing number of startups. For its part, Foxconn is in the business of building devices other companies design, and its chairman, Terry Gou, has discussed his business and philanthropic interests in supporting healthcare research, especially work related to cancer.

Foxconn executives have met with several health tech leaders in Wisconsin, including representatives from the UW Carbone Cancer Center and industry advocacy groups like the Wisconsin Technology Council. In October 2017, a senior adviser in Foxconn's medical division is scheduled to give a keynote address at the annual Wisconsin Biohealth Summit organized by BioForward Wisconsin, which promotes the state's biotech industry. Additionally, since Wisconsin's deal with Foxconn was made public, media reports and comments from state officials and industry leaders have made passing reference to the existence of a large healthcare division in the company.

What's not at all vague is why Foxconn, which is also named Hon Hai Precision Industry, sees opportunity in the health-tech field. The global medical device market is worth hundreds of billions of dollars, and industry analysts expect it to keep growing at an aggressive rate. The "vision and strategy" section of Foxconn's jumbled website mentions healthcare as one of "eight key areas" in which technology can change people's lives. But this language offers no specifics as to what the company is actually doing or might want to do in the healthcare sector.

Media representatives for Foxconn did not follow up on repeated requests for comment. But the company did tell The Wall Street Journal in 2015 that it hoped to generate $200 million in revenue per year from medical devices by 2020.

Lisa Johnson, CEO of BioForward, has been part of the conversation with Foxconn. She was able to offer some bold strokes on how her group understands the company's healthcare strategy.

Johnson and other members of Wisconsin's medical technology community note that Foxconn could help develop advanced display technology for use in surgeries and other medical settings.

Oncology is the most public aspect of Foxconn's interest in healthcare. Chairman Terry Gou has donated millions of dollars of his own money over the years to cancer research; he lost his wife to breast cancer in 2005 and a brother to leukemia in 2007. The YongLin Healthcare Foundation, a charity Gou funded, also supported the construction of National Taiwan University's massive Cancer Center in Taipei. Of course, that's philanthropy and not necessarily reflective of Foxconn's actual business pursuits in healthcare.

It's also possible for Gou's charitable and Foxconn's research and development interests to overlap. For instance, in 2014 National Taiwan University received proton therapy technology for a Silicon Valley-based company called Varian Medical Technology. The donation was made by the YongLin Healthcare Foundation. Foxconn has also considered working with Varian to expand its reach into the medical device sector. A Varian spokesperson said that the company does not currently have a business relationship with Foxconn.

A 2015 report in Taiwan's CommonWealth magazine hints at blurred lines between Foxconn's business pursuits and its charitable relationship with National Taiwan University: "Gou reveals that this is the business model that he has developed for Hon Hai's biomedical activities: Procuring top equipment from the United States and Japan, among others, and then upgrading it with input from Hon Hai's design expertise and [National Taiwan University] technology to create a new competitive advantage for Taiwanese industry."

As for how big Foxconn's large medical division is, and how much Wisconsin's medical technology boosters know about it?

"I don't know how large, especially sales wise or the number of people they have in that division," Johnson said. "That's a question I've never had to them."

"There's a fair amount I don't know, but I know that their medical division is definitely significant," he said. "They consider it one of their major divisions within the company. Their areas of interest have included personalized medicine, medical imaging, regenerative medicine, oncology and I think some interest in medical devices."

Susan LaBelle, managing director of UW-Madison's Office of Corporate Relations, said her office has not been directly involved in the state's Foxconn conversations. UW-Madison figures including Chancellor Rebecca Blank and radiology professor Scott Reeder have discussed the possibilities of research partnerships with the company.

A spokesperson for UW Health, which partners with the UW medical school and includes the Carbone Cancer Center, said the organization could not provide specifics. "We are definitely not experts on the healthcare side of Foxconn's business [and] so are not in a position to comment knowledgeably," the spokesperson said, adding that it was "way too early to speculate" about the details of UW-Foxconn collaborations.

A spokesperson for the Wisconsin Economic Development Corporation — which will manage the state's $3 billion incentives package for Foxconn, and has a biotech division — declined to comment on Foxconn's medical sector activities or WEDC's knowledge of same.

Most of Foxconn's publicly divulged ventures in health technology have involved investing in or acquiring other companies. In 2013, it launched an investment fund targeted at startups developing wearable technology, which has numerous health and fitness applications, as popular products like the Fitbit demonstrate. Foxconn even dabbled in developing its own smart watch, with features that included heart-rate monitoring. In 2011, Foxconn invested in WIMM Labs, a California-based company developing Android-based smartwatches; Google acquired WIMM Labs in 2013.

Foxconn has also invested in Sotera Wireless, which makes mobile vital-signs monitoring devices for healthcare practitioners, and Soundhawk, a now-dormant operation that developed hearing-enhancement devices it insisted were not actually hearing aids. Foxconn's activities in recent years have prompted a lot of discussion about its keen interest in medical technologies, but there's little detail to be had on what all the company has done in that sector, or how successful those ventures have been.

What Foxconn will likely not do is try to develop medical technology entirely in-house for sale in the North America or Europe. For all of Gou's ambitions, the company's bread and butter is still in manufacturing. Additionally, bringing a new medical device to market in the U.S. or E.U. nations generally requires an expensive and years-long process of product testing and regulatory approval. This timeline helps to explain why Foxconn invests in other companies that have already made some progress in developing medical devices on their own.

"[Gou] is looking for mature tech he can plug into his existing factories, as a way of extending their lives and profitability," said Einar Tangen, a Beijing-based economist who has followed Foxconn's activities since 2005, and has voiced skepticism about Wisconsin's deal with the company. "Electronic health care products are a good bet and use the same tech as [products Foxconn already manufactures for clients like Apple]."

Tangen also is unsure about where specifically Foxconn's healthcare ventures are headed, but frames them as part of a long-term strategy for the company.

"Most of Foxconn's moves, in medical devices, are based on buying U.S. tech, building it in China and selling it mainly in China," he said. "FDA approval, or its foreign equivalent, is time-consuming and expensive. [Gou] seems to focus on areas where his company's manufacturing prowess and smaller investments can yield higher returns than he gets on his contract manufacturing. ... The LCD screens seem to be an area of interest, but at the end of the day, it's about competitiveness and higher costs do not make you competitive."