The Tension Between Two Infection Measures And The State's Plan To Relax Public Health Guidelines
Will Cushman
WisContext
May 5, 2020 | 11:30 a.m. 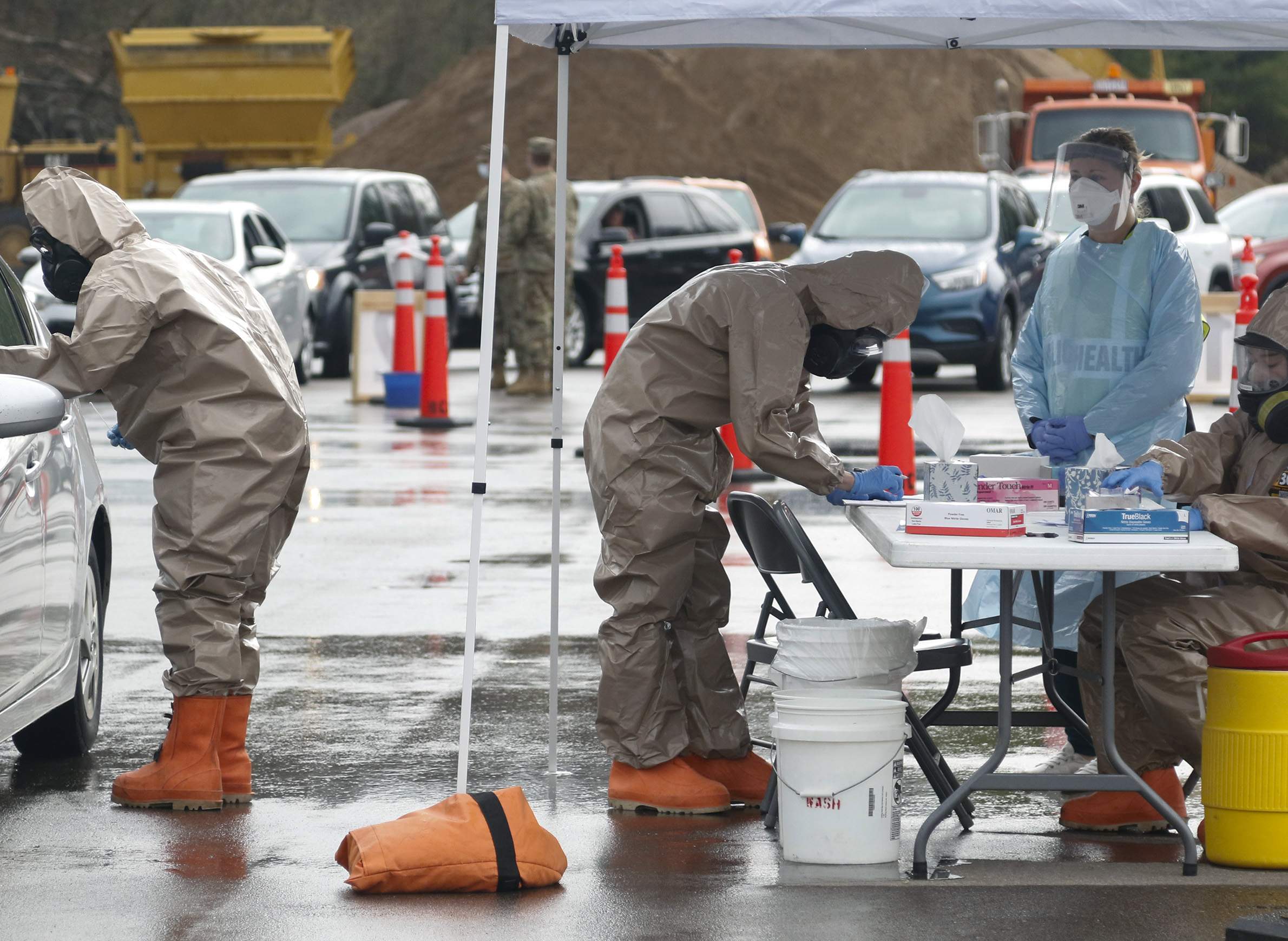 Nearly six weeks after sweeping restrictions on public life in Wisconsin went into effect to arrest the pace of the COVID-19 pandemic, the state reported a record number of new cases of the deadly disease on May 1. The total of 460 easily surpassed the previous peak of new daily cases reported only the previous day.

But as capacity to test for COVID-19 expands in Wisconsin, how do daily case counts reflect the severity of an outbreak? How much do they signal a public health system that's becoming better equipped at tracking the disease?

Answers to this question are anything but simple. They hint at the inherent uncertainty that epidemiologists run up against as they analyze limited information to try to understand how the pandemic is affecting Wisconsin.

Important aspects of where the pandemic stands that are key to guiding public health policies remain murky despite the flood of new information pouring in daily to the Wisconsin Department of Health Services about COVID-19's impact on local communities. Among other things, this incomplete knowledge includes how often exposure to COVID-19 results in infection, how often an infection becomes symptomatic, and how many infected people go on to develop serious symptoms, require hospitalization or die from the disease.

Estimating any of these rates with confidence requires having a good sense of not only how many people are infected, hospitalized or die with COVID-19. (In statistics, this is called the numerator). It also requires knowing the total number of people who are exposed, including those who remain uninfected, or the total number who are infected, whether or not they present with serious or mild symptoms. (This is called the denominator).

"An epidemiologist is a scientist in search of a denominator," said Dr. Patrick Remington, an epidemiologist and professor emeritus at the University of Wisconsin-Madison School of Medicine and Public Health.

Better understanding of these different total numbers is a priority for state public health officials who are trying to determine when to further relax stay-at-home restrictions. That's why their focus is not merely on the number of new cases confirmed every day, but more so on the number of new infections identified as a percentage of the total number of people tested for the disease.

State health officials have deemed the percentage of COVID-19 tests that come back positive so important that it is one of several metrics guiding Gov. Tony Evers and the state Department of Health Services. According to the plan issued by the Evers administration, the state needs to see a 14-day downward trajectory in this percentage. (However, a challenge to Evers' stay-at-home order that Republicans in the state Legislature have taken to the state Supreme Court could render this plan moot).

However, state health officials are gauging the trajectory of the metric in a different way by applying a basic statistical analysis known as linear regression to the latest 14-day period. This analysis also shows a slight upward trajectory in the rate of positive tests between late April and the first part of May.

A declining percentage of positive test results can indicate that the state is getting a better handle on the true number of cases lurking in communities and has a better understanding of the actual risk the disease poses across the state and can tailor policies accordingly.

How testing affects the numbers

"When testing is widespread and being done at consistent or increasing levels over time, a decrease in the percent positive out of those tested can then indicate that the outbreak is beginning to be under control," said Amanda Simanek, an assistant professor of epidemiology at the University of Wisconsin-Milwaukee School of Public Health. Simanek is one of several epidemiologists who are assisting Milwaukee health officials in their response to COVID-19.

On the other hand, when testing is limited to only the most ill or high-risk individuals, a higher percentage of positive cases, what's called a test-positivity rate, can provide an incomplete snapshot of the disease's prevalence by leaving out those who are at lower risk or with milder symptoms.

That partial picture provided by limited testing was likely the case in the early weeks of the COVID-19 outbreak in Wisconsin, according to Dr. Patrick Remington. But a high percentage isn't necessarily a bad indication from a public health perspective, he added. It can also mean that health officials are correctly targeting their limited resources and largely testing the right individuals.

"It's a question of efficiency," said Remington, noting that early in an outbreak of an infectious disease, a top goal is simply to identify as many cases as possible.

Those resources have been steadily increasing in Wisconsin since mid-March, and the state is now pursuing a much wider — and less efficient testing strategy.

No matter how widely testing is available, Simanek said the test-positivity rate is only so useful, especially when it is applied to the whole state. The most acute effects of COVID-19 are being felt at a more local level, and a declining rate of positive cases statewide could obscure local outbreaks with the potential to quickly overwhelm the capacity of nearby hospitals.

Meanwhile, a local outbreak anywhere in the state — or across state borders for that matter — has the potential to seed further infections wherever exposed individuals travel. It means any rise in known cases could add to concerns over the risk of spread, and the higher that figure is, the more known opportunities there are for contagion. The hope of epidemiologists is that identifying those cases can help stall the disease's transmission.

In the end, daily numbers of confirmed cases remain not only relevant but important, Simanek said, especially in light of the finite resources to trace the contacts of infected individuals and provide them with quality healthcare when necessary.

"The total number of cases is still relevant to understanding if we have the hospital capacity to meet that demand," she said. "We still have to treat all those people."

By the beginning of May, public and private labs in Wisconsin had capacity to provide results for more than 11,000 tests per day, according to state health department Secretary-designee Andrea Palm.

During a May 4 media briefing where she provided daily updates to the state's case and death counts, Palm detailed ongoing efforts to make testing more widely available to residents across the state.

Testing availability is another metric health experts are tracking as states begin reopening. Many states are not providing adequate testing to safely loosen their public health restrictions, according to an analysis by Harvard scientists and the health publication STAT.

Wisconsin's efforts to make tests more widely available include drive-thru community testing clinics, where anyone with even mild symptoms of COVID-19 would be able to be tested. Palm said some of the first of these clinics would pop up in communities with large outbreaks, including Milwaukee and Green Bay, as well as in areas with few or no reported cases, including several counties in northwest Wisconsin.

The announcement came as efforts to provide widespread community testing were already underway for residents of 16 western Wisconsin counties and two Native tribes that had pooled resources. The first of 10 testing clinics was held on May 1 in Alma.

"With more testing, we expect to see an increase in positive cases," Palm said, adding that this would allow health officials to better track, isolate and quarantine infected and exposed individuals.

This somewhat passive approach to testing, where anyone, even someone with a mild sore throat or headache, could drive up and receive a test, could lead to a drop in the percentage of tests coming back positive. 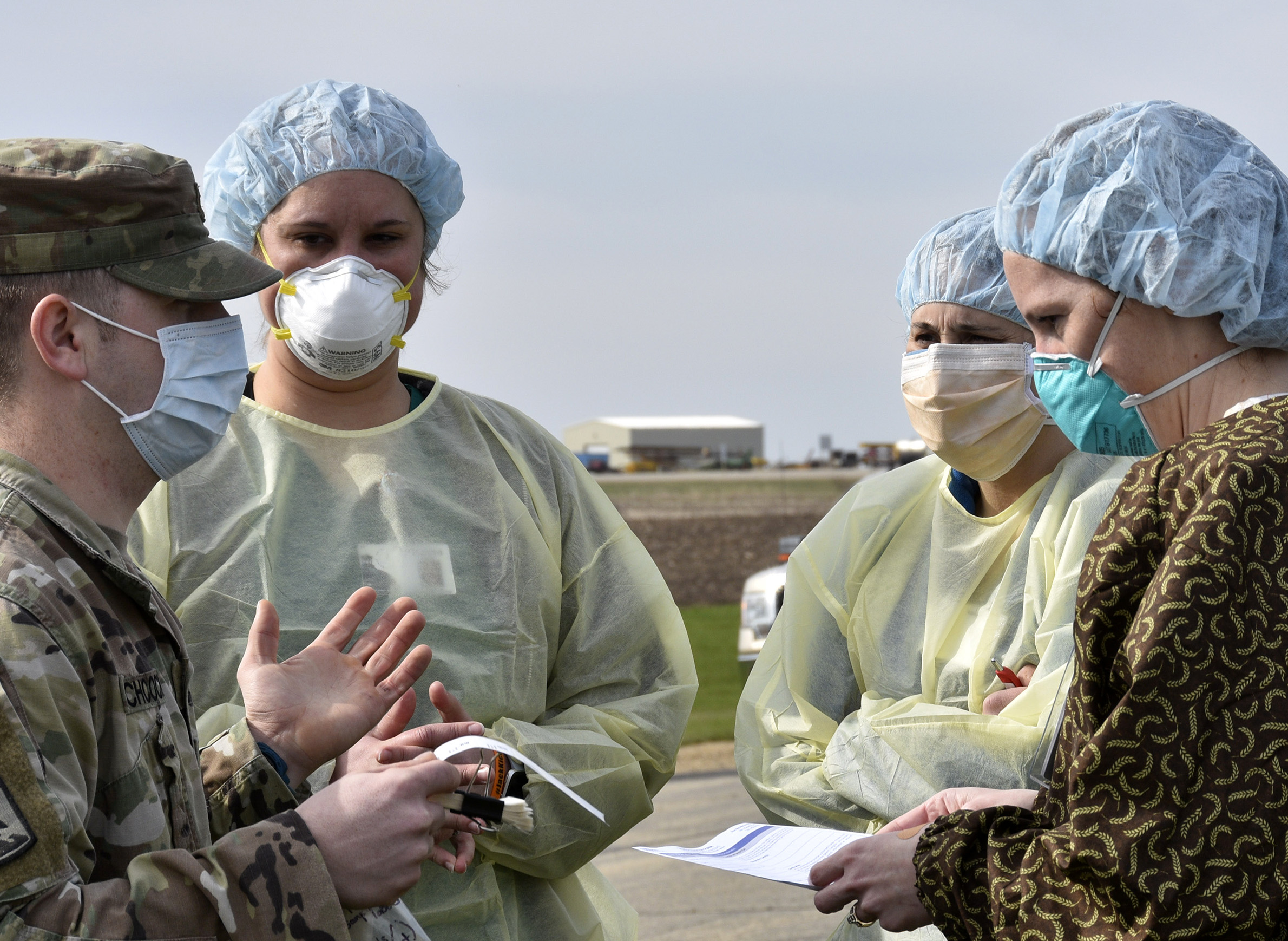 However, as of the beginning of May, health officials are also conducting nearly 200 active outbreak investigations at nursing homes, workplaces and other settings where people congregate and there are known cases of COVID-19. These investigations include targeted testing that could, depending on the severity of an outbreak, push a higher percentage of tests that come back positive.

Dr. Ryan Westergaard, the state epidemiologist for communicable diseases, acknowledged that these differing testing strategies could lead to day-to-day fluctuations in the percentage of tests coming back positive. That's in part why state officials are considering a longer-term trajectory for the metric when making decisions about when to ease restrictions rather than requiring 14 consecutive days of declines.

"There is a lot of nuance there," said Westergaard in the May 4 briefing, "but I do think the proportion positive overall will tell us the overall direction" of the outbreak in Wisconsin.

What The COVID-19 Pandemic Looks Like In Wisconsin: Maps And Charts
COVID-19 Misinformation And The Paranoid Style In Wisconsin's Pandemic Politics
Wisconsin's Urgent, Imperfect, Transparent, Confusing, Essential COVID-19 Data
Learn More About The Novel Coronavirus, COVID-19 And Wisconsin
Most COVID-19 Patients In Wisconsin Have Recovered, But What Does That Mean?