Why Vaping Became A Public Health Priority In Wisconsin, The US 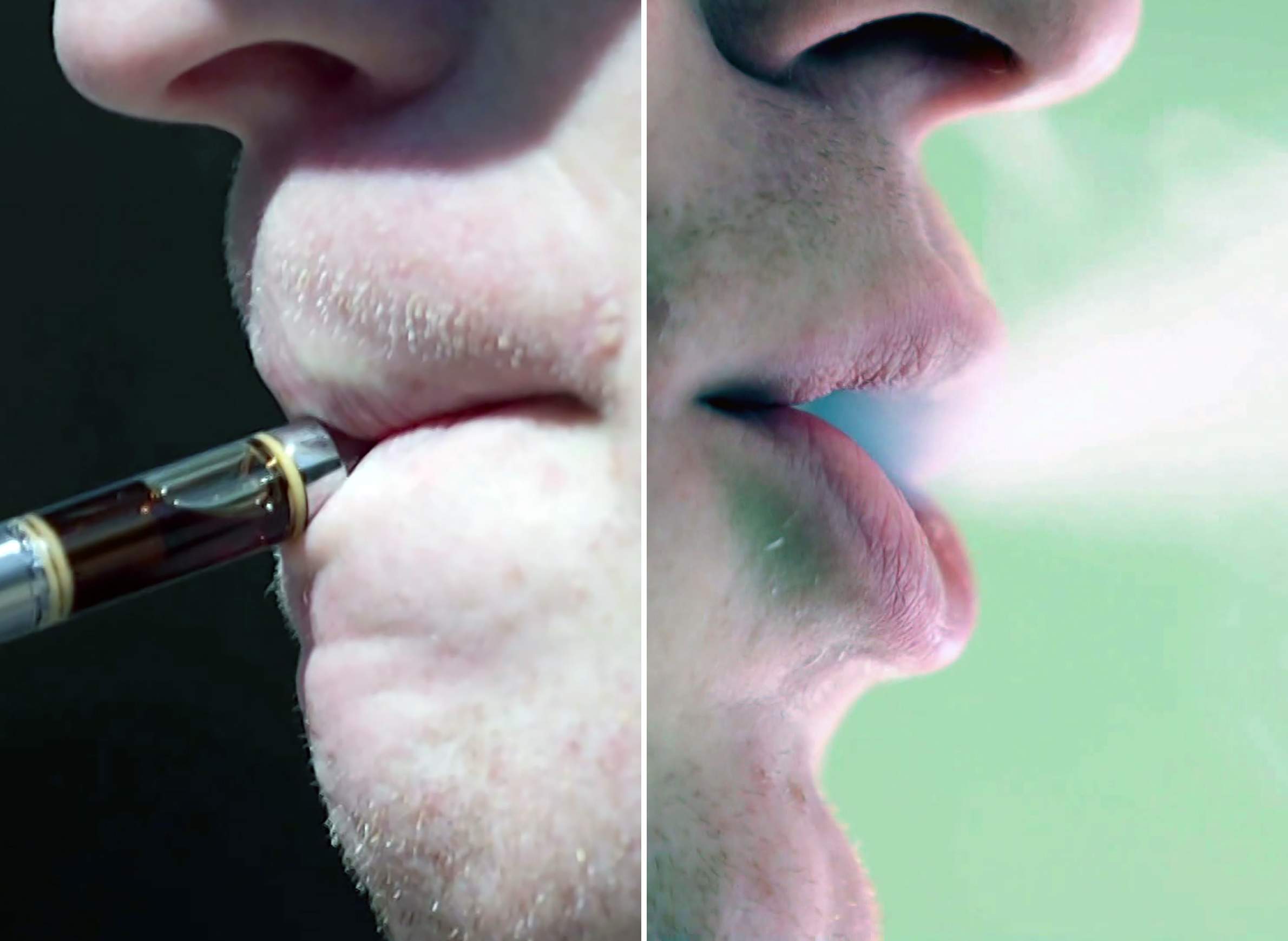 The stage had been set for a public health scare prompted by vaping long before July 2019, when health officials in Wisconsin announced a cluster of severe lung illnesses in eight otherwise healthy teens in the state.

Details about what linked these unexplained illnesses were scant in the days following the announcement. Doctors suspected but couldn't definitively prove a common link through vaping, which involves inhaling heated and vaporized substances and has exploded in popularity in the past decade. Vaping has been embraced as an alternative to nicotine-containing tobacco products, but also as a relatively discreet method of consuming THC, the psychoactive component of cannabis.

The vaping hypothesis gained credence as more illnesses cropped up in Wisconsin, and as health officials in other states announced their own cases of severe lung illnesses in mostly young and healthy people who also had a history of vaping. Over the course of two months, as the number of confirmed illnesses ballooned to 48 in Wisconsin and more than 500 nationally, including multiple deaths, a fuller yet still incomplete picture of the problem has emerged.

Most importantly, epidemiologists have become all but certain that the lung illnesses are connected to vaping, though it remains unclear how exactly they're connected. No common brand, bootleg product or contaminant has been identified as a culprit. However, most patients have reported vaping products that contain THC.

Nearly 30 states have legalized the possession and consumption of THC-containing cannabis for recreational or medical use in recent years, though it remains entirely illegal in Wisconsin and 16 other states, as well as at the federal level. These changes have created a patchwork of regulation around cannabis and THC products across the United States, feeding markets for bootleg versions of legal products, such as vaping cartridges.

At the same time, there has been a steep rise in the use of e-cigarettes and other vaping devices among youth in Wisconsin. From 2012 to 2018, the proportion of Wisconsin high school students who reported vaping within the past 30 days rose from 2% to 20%. Vaping is also on the rise among middle schoolers in the state.

"The last three to four years, we've seen an exponential increase in vaping in children," explained Dr. Michael Meyer, head of the pediatric intensive care unit at Children's Hospital of Wisconsin in Milwaukee, which first identified the illness cluster in July.

Meyer was describing how he and his colleagues have responded to the health emergency in a Sept. 20, 2019 interview on Wisconsin Public Television's Here & Now.

While the number of high school students in Wisconsin who report current use of marijuana has remained fairly static, hovering between 15% and 22% since 2011, more young people are developing vaping habits. And many teens who vape are likely inhaling more than flavored nicotine and water vapor.

Meanwhile, the black market for THC-containing vape products is apparently a large one in Wisconsin. In September, two brothers from Kenosha County were arrested and charged with running an operation that allegedly produced a copious amount of bootleg THC vape products. While authorities have not linked this enterprise to any vaping-related illnesses, it illustrates the high demand for such black market products in Wisconsin and elsewhere.

While the direct cause of the illnesses remains a mystery, a flurry of action is zeroing in on the risks of vaping generally. Health officials in Milwaukee and elsewhere in Wisconsin are urging the public to quit vaping altogether. The American Medical Association is asking media outlets to reject advertisements for e-cigarettes. And the Centers for Disease Control and Prevention is encouraging people who are concerned about health risks to quit vaping, though it also urges individuals who vape as an alternative to smoking to not return to using tobacco products.

A Wisconsin-based tobacco researcher is saying that while lung illnesses from vaping are a serious concern, the public should not lose sight of the well-documented health risks associated with tobacco products.

"In Wisconsin today, 19 individuals will die of a disease directly caused by smoking cigarettes," said Dr. Michael Fiore, who directs the University of Wisconsin Center for Tobacco Research and Intervention, in a Sept. 17, 2019 interview on Wisconsin Public Radio's Central Time.

It "would really be a tragedy," Fiore said, if an adult who successfully quit smoking by using commercial vaping products were to go back to smoking.

"While not safe, [commercial vaping products] appear to be safer than cigarettes," he added, saying that the same does not hold true for bootlegged products.

Fiore indicated that children and teens should never use vape products, commercial or otherwise, noting that vaping opens a door to using bootleg products and increases the risk of subsequent cigarette use.

These risks are at the center of a new lawsuit filed in Wisconsin against large vaping companies, including JUUL, partially owned by the tobacco giant Altria. The lawsuit was filed on Sept. 20 by Crueger Dickinson, the same Milwaukee law firm representing Wisconsin counties suing opioid manufacturers. It alleges that e-cigarette companies illegally marketed their products to teens and are responsible for the steep rise in youth vaping. This lawsuit joins others filed at the same time in four other states.

After all this, there are signs the public health scare may be easing in Wisconsin, though that too remains uncertain.

"We haven't seen a case for about two or three weeks now," said Meyer on Here & Now. "We were averaging about one case per week while this was going on."

Doctors Underscore Cannabis Risks For Some Users As Legalization Expands
Wisconsinites Who Use Medical Marijuana Wait For Laws And Research To Catch Up
Vaping Advocates Aim To Mobilize Opposition To E-Cigarette Regulations
Meet The Wisconsin Doctors Who Uncovered The Vaping Illness Outbreak
A New Hemp Industry Sprouts In Wisconsin, Boosted By CBD Enthusiasm