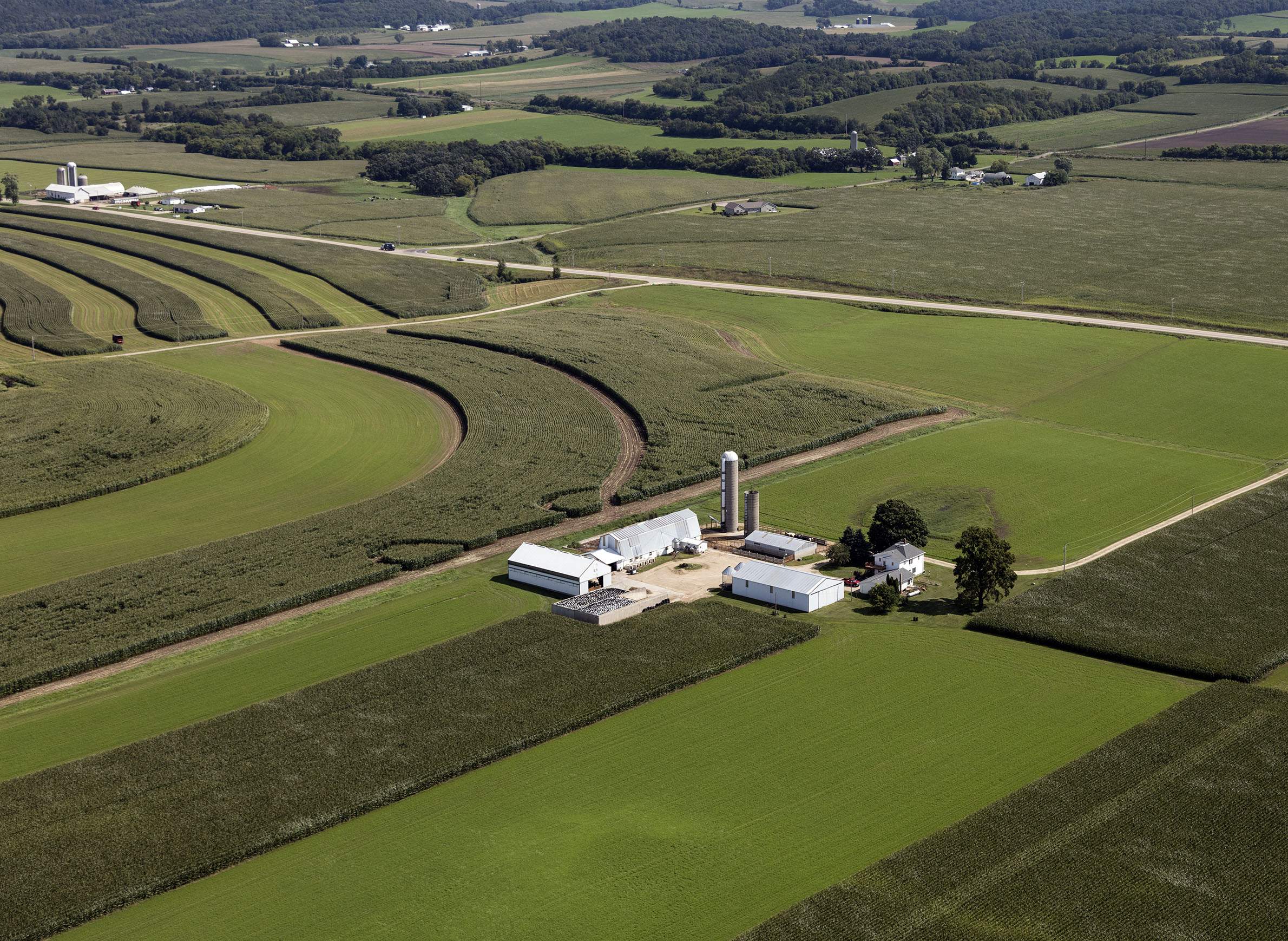 The United States Department of Agriculture has released its 2017 agricultural census, and it documents a large and diverse farming economy in Wisconsin, but also one in flux. The census is conducted every 5 years, with the results intended to inform federal policy decisions. The periodic surveys are also useful for understanding trends within the industry. Five of these shifts — in the demographics of farmers and the types of products they sell — illustrate where agriculture is heading in Wisconsin.

The number of women producers in Wisconsin counted by the census jumped to 38,509 in 2017, an increase of 16%. Part of the increase is a result of the USDA using a more inclusive approach in its probing of producers' demographics. The 2017 census allowed for more producers to be counted per farm and for more than one person to be designated as a principal producer, which is defined as the chief decision-maker.

Even accounting for the new format, though, the role of women on Wisconsin’s farms appears to have grown significantly. The USDA determined that 13,132 women were the primary decision-makers on their farms in 2017, representing a nearly 79% increase from 2012.

For the first time since the 1970s, Wisconsin saw an increase — albeit small, at 3.5% — in the number of chief farm decision-makers younger than 35.

But that small increase did little to change the larger demographic story within Wisconsin's ag industry: a rapidly aging population. In fact, the aging of Wisconsin's farmers accelerated between 2012 and 2017. During that time, the number of primary decision-makers in all age groups between 35 and 65 fell, with those between 45 and 54 dropping by a third.

At the same time, the proportion of farmers over retirement age has ballooned: one in three primary decision-makers counted in 2017 was over 65, up from a quarter in 2012 and one-fifth in 1997.

Bucking the trend was a nearly 29% increase in the number of farms smaller than 10 acres. Many of these smallest farms are hobby-based, according to Greg Bussler, the USDA's state statistician for Wisconsin, meaning they don't produce significant agricultural commodities.

Still, one in two farms smaller than 10 acres harvested cropland in 2017, and the number of acres of harvested cropland on these very small farms increased more than 36% from 2012. Bussler said some of this increase is likely related to a growing local food movement.

"A lot of those farms are fruit or vegetable growers," Bussler said, including farms that sell directly to local consumers via farmers' markets or community supported agriculture.

Meanwhile, the number of farms over 500 acres grew a more modest 6%, and the proportion of very large farms in Wisconsin, though growing, continues to lag behind neighboring states like Illinois, Iowa and Minnesota.

"The small to mid-sized farms are still an important part of Wisconsin agriculture versus some other states where farms are a lot larger and more consolidated," Bussler said.

But a large and growing proportion of cropland in Wisconsin is harvested on these largest farms, showing the effect of ongoing farm consolidation in the state.

With more than 1,500 certified organic farms, Wisconsin maintained its status as one of the top states for organic production. Only California has more organic farms.

The number of organic operations in the state grew more than 26% between 2012 and 2017, and the value of organic sales more than doubled to $248.6 million.

A handful of states with fewer organic farms than Wisconsin posted higher values of organic sales, including Oregon, Pennsylvania, Texas and Washington, reflecting the relative value of the organic products grown in each state. A large proportion of Wisconsin's organic production is in the dairy sector.

As Wisconsin's traditional cow-based dairy industry continues to take it on the chin, another dairy sector is coming into its own within the state. The number of milk goats in Wisconsin exploded more than 60% between 2012 and 2017, from 44,543 to 83,570.

"There's a bigger demand for goat cheese and goat milk and those types of things," Bussler said. "Farmers are looking for an alternative to regular dairy, so there's been a big increase in production of goat milk."

The production is concentrated in only a handful of the state's counties, largely in its southwestern corner. There are several goat cheese processors in the region, with one in Lancaster planning an expansion that could make it the largest goat cheese plant in the nation.