Wisconsin Has Only So Much Voter Information To Release 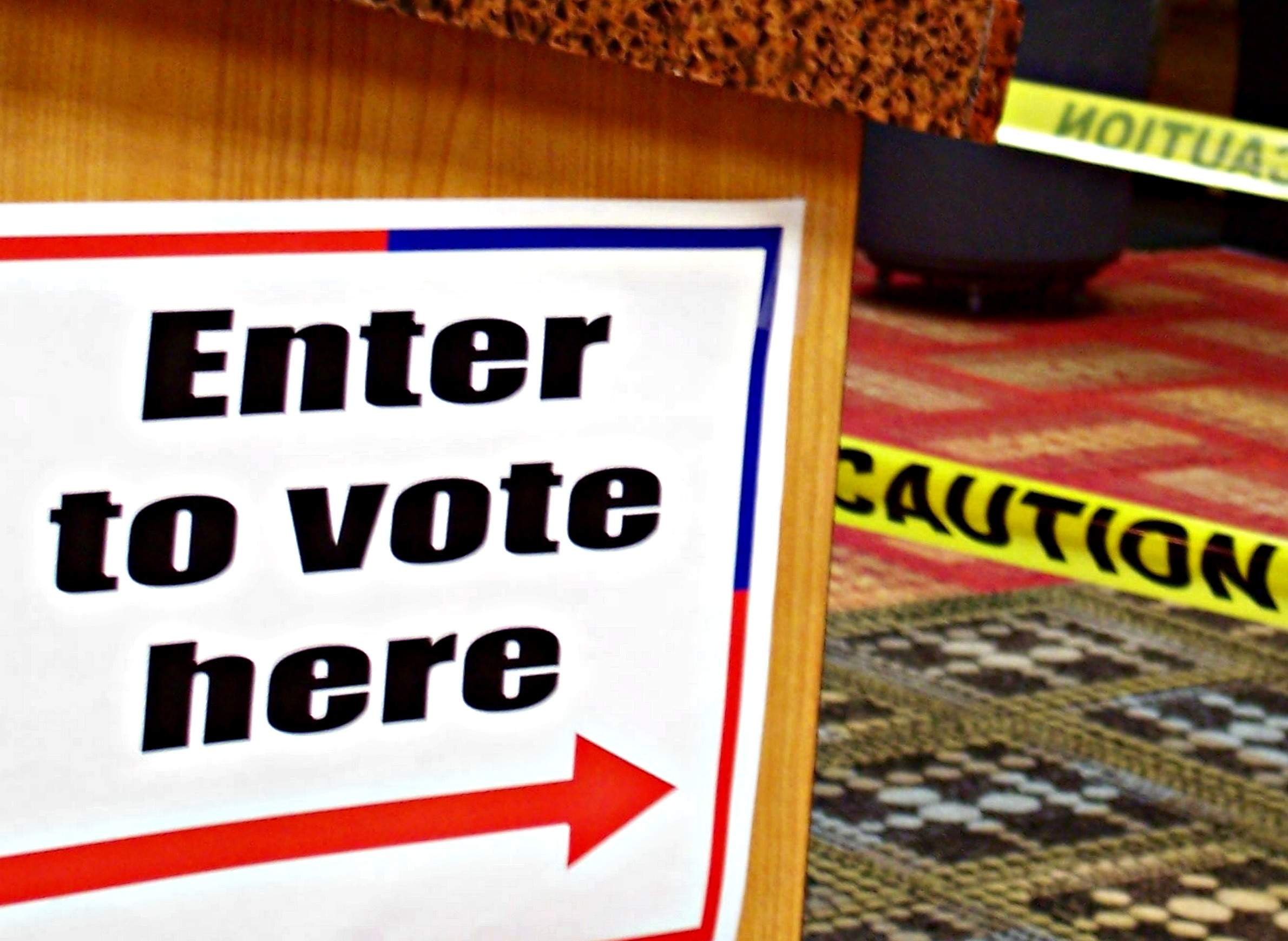 Thousands of local and state officials, with various partisan allegiances, oversee elections across the United States. Right now, a lot of them are the gatekeepers determining the outcome of the Trump administration's search for extensive data on all American voters, including sensitive information like Social Security numbers and in which partisan primaries they've cast ballots.

Nearly every state in the union has balked to some extent or other at the request, which comes under the aegis of the Presidential Advisory Commission on Election Integrity. Created by an executive order issued by President Donald Trump, the commission is charged with identifying "vulnerabilities in voting systems and practices used for Federal elections that could lead to improper voter registrations and improper voting, including fraudulent voter registrations and fraudulent voting."

However, there is no evidence to support allegations of widespread voter impersonation fraud. Most politicians pushing voter impersonation fraud as a basis for investigations or new voting policies in recent years have been Republicans, and some critics of the federal commission think it will be used to create a pretext for partisan-motivated voting restrictions meant to benefit GOP candidates.

Wisconsin's response to a request from the Trump administration on voter data was less colorful than that of some other states. Michael Haas, administrator of the Wisconsin Elections Commission, issued a statement on June 30 noting that some voter information in the state is a matter of public record, and that the administration could request and pay for it like anyone else seeking public records. In this case, the fee for a full statewide file of public voter information would be $12,500 — hefty for a regular citizen, but probably manageable for a federal commission.

Voter-registration information that is already public in Wisconsin includes voters' names, addresses and a list of the elections in which they have voted. Wisconsin Elections Commission spokesperson Reid Magney discussed these rules and other aspects of voter data in a July 7, 2017 interview with Wisconsin Public Television's Here & Now.

Under state law, Wisconsin cannot release other information beyond what is already public, including dates of birth, Social Security numbers (even partial) or driver's license numbers. Haas' statement pointed out that Wisconsin never collects some information in the first place, such as gender and party registration. The administration's request included partial Social Security numbers, dates of birth, and voting history reaching back to 2006.

Even though the Trump administration claims to be seeking evidence of crimes, the Wisconsin Elections Commission isn't treating the request as if it's part of a criminal investigation. When it comes to sensitive voter details like partial Social Security numbers, Magney said the state has the authority to limit their release.

The state's response to the request isn't a refusal — it's just in line with state law. It's also far from the rebuke that officials in many states, including some Republicans, have offered in the face of the administration's request.

Most of these officials have been state-level secretaries of state; unlike many of his counterparts, Wisconsin's elected Secretary of State, Doug La Follette, does not oversee elections. Wisconsin Elections Commission officials like Haas and Magney are not elected or politically appointed, through a bipartisan board of commissioners selected by the governor and legislators from the Democratic and Republican parties oversees their work.

In short, the structure of Wisconsin's elections system doesn't lend itself well to political grandstanding over the request.

States vary in how their laws and practices treat voter information. Nearly all states make some level of voter registration information available to their residents, and most provide for some kinds of privacy protections, either in general language or by specifically forbidding the release of sensitive details like Social Security numbers, dates of birth, or driver's license numbers, according to data collected by the United States Election Project, which is led by University of Florida political scientist Michael McDonald.

"I would say that Wisconsin falls on the upper range of restrictedness, but you're not the most restrictive state out there," McDonald said in a phone interview. "[In] Alabama, for example, it costs $20,000 to get their voter file."

Another thing that varies among states is who can access voter data and for what purposes. In some states, this information can only be accessed for political purposes, or only by certain kinds of nonprofits and election campaigns. But some states, including Wisconsin, merely specify that the information must be used for non-commercial purposes. In any case, Wisconsin is fairly typical in making only limited voter information public.

Magney, who has refuted Trumps's allegations claiming widespread voter fraud, again rejected claims about the risks to Wisconsin's election system on Here & Now. He said that in a nation of decentralized elections, Wisconsin's is "the most decentralized in country," with more than a thousand municipal and county officials overseeing the vote across its various localities. That means a big and politically varied group of people across Wisconsin have their eyes on the election process, and it'd be hard to coordinate fraudulent voting on the scale that Trump has alleged before and after his 2016 victory.

"Voter impersonation is extremely rare in Wisconsin," Magney said. "It was before the voter ID law went into effect, and it continues to be very small now. It is not a major concern."

Even if the Trump administration's voter fraud commission is intended to suppress voting, Magney said the kind of information that's publicly available would not be of help. To be able to target specific voters, he said, someone would need information like dates of birth, Social Security numbers and driver's license numbers in addition to the basic information the state already makes available. In any event, under public records law, the intentions or plans of a certain requestor are none of the state's business.

"It's not really our job to look a the motivation — that's one of the things in Wisconsin public records law," Magney said.