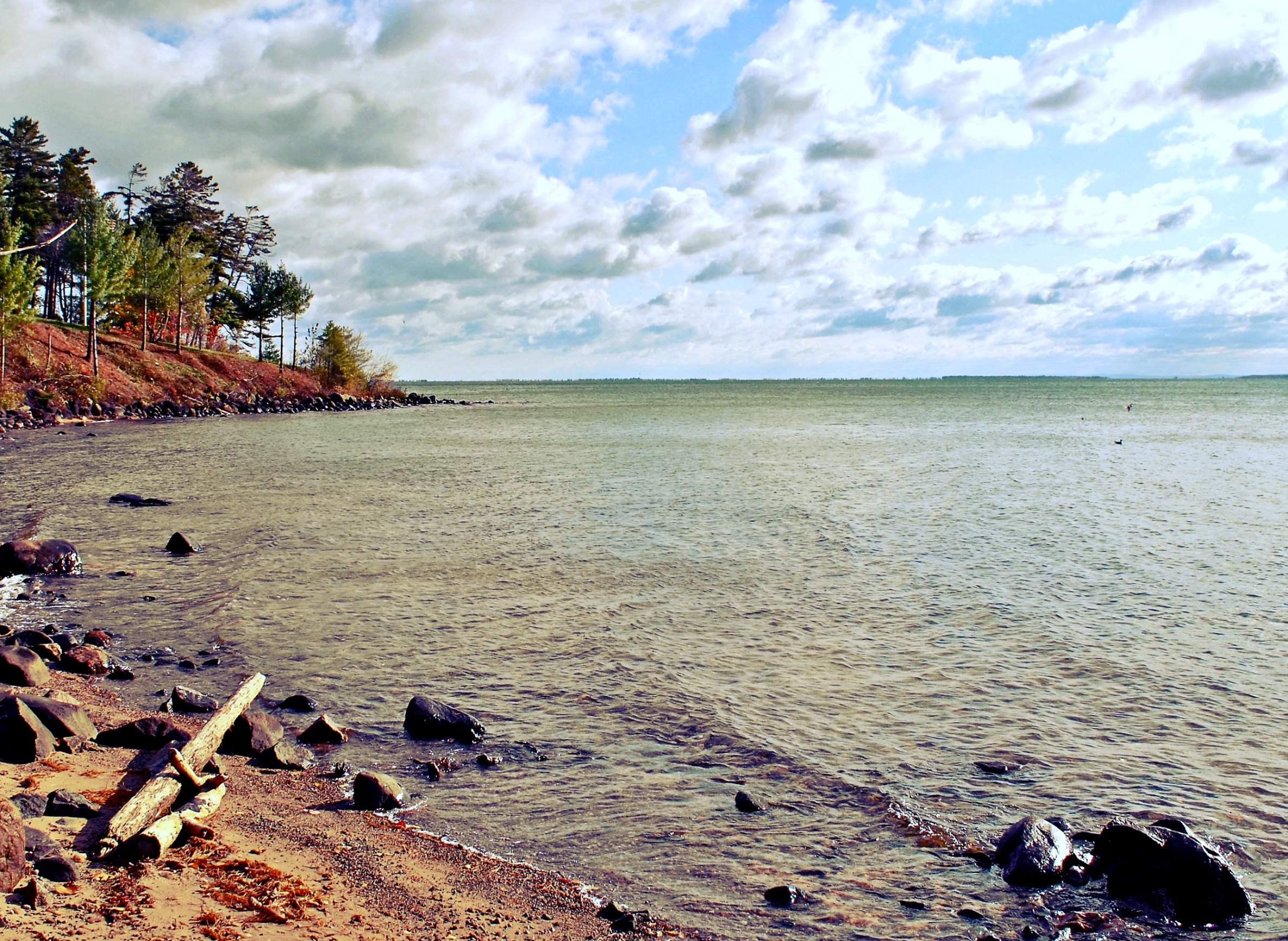 Chequamegon Bay on Lake Superior provides drinking water for the city of Ashland.

The debate over a proposed large hog operation in Bayfield County raises questions over how much power Wisconsin's local governments have to regulate farms.

The Bayfield County Board of Supervisors passed an ordinance in January 2016 to expand local regulations of concentrated animal feeding operations, known as CAFOs. These rules aim to limit runoff of animal manure and other agricultural waste into the watershed and drinking water sources in three primary ways:


The ordinance was intended to anticipate potential pollution issues related to livestock operations. Bayfield County residents are divided over the 26,000-hog operation Iowa-based Reicks View Farms wants to establish in the town of Eileen. Opponents of the proposal are concerned this CAFO would endanger drinking water in the watershed of South Fish Creek, which flows into Chequamegon Bay in Lake Superior.

Chequamegon Bay is located on the southern shore of Lake Superior, southwest of the Apostle Islands. 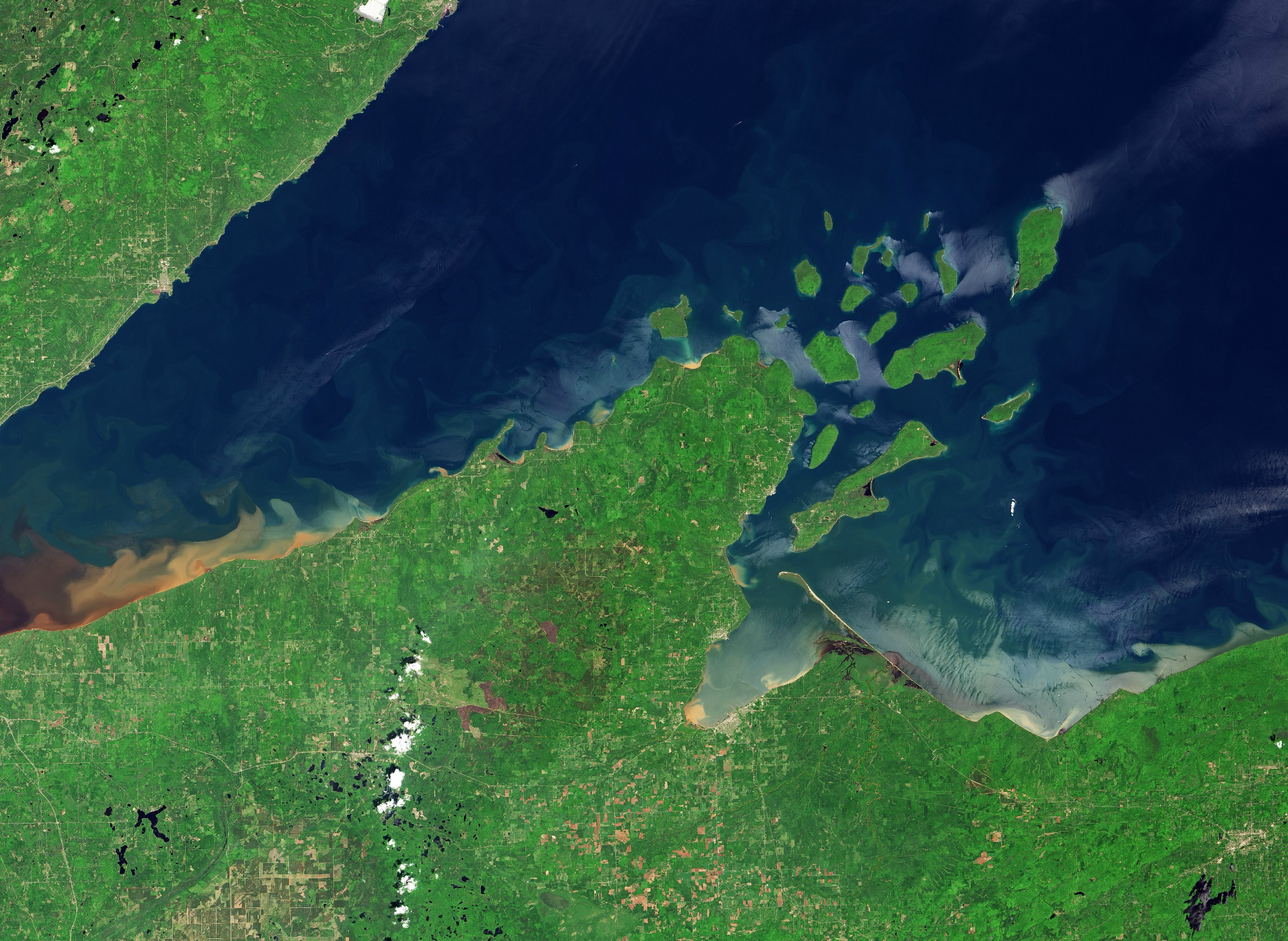 The creek currently has elevated phosphorous levels, which researchers attribute to existing farms in its watershed. But the impact of this pollution also extends to the over 9,000 residents of the city of Ashland who rely on Chequamegon Bay for their drinking water.

In July 2016, the Wisconsin Department of Natural Resources rejected Bayfield County's ordinance. County officials are appealing the decision, and are working with the DNR to see if they can revise the ordinance to make it acceptable to the state.

Wisconsin law allows local governments to pass regulations for livestock operations that are more rigorous than state standards. But the DNR or Department of Agriculture, Trade and Consumer Protection must approve those local regulations. To get that approval, the law says "the local governmental unit [must demonstrate] to the satisfaction of [either agency] that the regulations are necessary to achieve water quality standards."

The law's prevention-oriented language might have been the rationale for striking Bayfield County's ordinance. The DNR's reasoning basically comes down to this: The ordinance isn't necessary to achieve water quality standards, because there isn't a CAFO currently contributing to pollution in the South Fish Creek watershed.

In its letter announcing the decision, the DNR told Bayfield County officials that the ordinance didn't take into account smaller farms already contributing to pollution in the watershed. Richard Castelnuovo, who heads DATCP's Resource Management and Engineering Section, suggested in correspondence with other state officials that the county could pass a more general manure storage ordinance and make more efforts to work with farmers on creating nutrient management plans.

Mary Dougherty of Bayfield-based environmental advocacy group Farms Not Factories disputes the DNR's contention that the Bayfield County ordinance is regulating a mere possibility. One DNR official described the CAFO as an operation that "may come into the watershed."

In a July 8, 2016 interview on Wisconsin Public Television's Here And Now, Dougherty said she views the proposal as all but a done deal, in part because of the DNR's priorities under Secretary Cathy Stepp and Gov. Scott Walker.

"When you take a step back and look our Wisconsin DNR, their mantra of 'open for business,' [that] doesn't mean that they're open to being the gatekeepers of the public trust doctrine," Dougherty said. She claimed later in the interview that DNR intends to let the CAFO go ahead if the operator "fills out his paperwork correctly."

That paperwork is for a Wisconsin Pollutant Discharge Elimination System (WPDES) permit, which all CAFO operators must secure as part of the state's enforcement of the federal Clean Water Act. The DNR is currently in the midst of reviewing the WPDES application for the Bayfield County CAFO, also known as Badgerwood, LLC.

According to Badgerwood's own nutrient management plan, the CAFO would annually produce nearly 9 million gallons of manure and, in some years, spread even more as fertilizer. Dougherty said the DNR should be wary of this proposal, especially given what the agency said in a 2003 report on Ashland's drinking water. That report concluded Chequamegon Bay was "particularly susceptible to synthetic organic, volatile organic, precursors of treatment by-products and microbial contamination," and cited manure as one possible cause state officials should address.

The DNR turned down Here And Now's invitation for an official to appear on the July 8 episode and discuss the agency's perspective on the issue. It did, however, send WPT a statement from Ashland-based watershed supervisor Nancy Larson: "The ordinance addresses a potential or prospective condition and doesn't address existing conditions contributing to water quality issues. The newly adopted Bayfield County ordinance would only affect large farms known as CAFOs (1000 or more animal units) in the South Fish Creek watershed. A large hog CAFO has been proposed, but there are currently no CAFOs in the watershed."

This difference suggests a rift between DNR and Bayfield County officials over how local environmental regulations should be tailored. The DNR's letter criticizes the county's plan because it doesn't address existing water quality issues, while Bayfield officials state that their intention is to prevent existing water pollution from getting worse. As a whole, the DNR is saying Bayfield County is too narrowly focused on regulating CAFOs, while the local government is concerned that the size of CAFOs present a more serious health and environmental threat. This dispute goes deeper than simply how much manure a farm should be able to store, or how it should be able to spread it.

The state statute governing this process doesn't specify whether or not a local government can distinguish between livestock operations by their number of animals, nor does it draw a distinction between mitigating existing water quality problems and preventing future issues. The state itself does have CAFO-specific regulations, though these are mostly a product of the federal Clean Water Act which the DNR enforces at a state level.

Several other local governments in Wisconsin have stepped up CAFO-related regulations, mostly through bans or restrictions on manure spraying. These aren't necessarily addressing CAFOs specifically, but this practice has grown along with the size of livestock operations. It's not clear whether the state will preempt local policy in these cases, or if it could under the statute that the DNR used to reject Bayfield County's rules.

Given her skepticism of the DNR, Dougherty wasn't surprised about the state striking down Bayfield County's new ordinance. But she remained adamant that local policymaking can make a real difference: "We thought that if the state could allow Bayfield County to adequately and robustly manage all that manure, then we would do everything we could to make sure land use in Bayfield County doesn't negatively impact the drinking water ... in Ashland County."