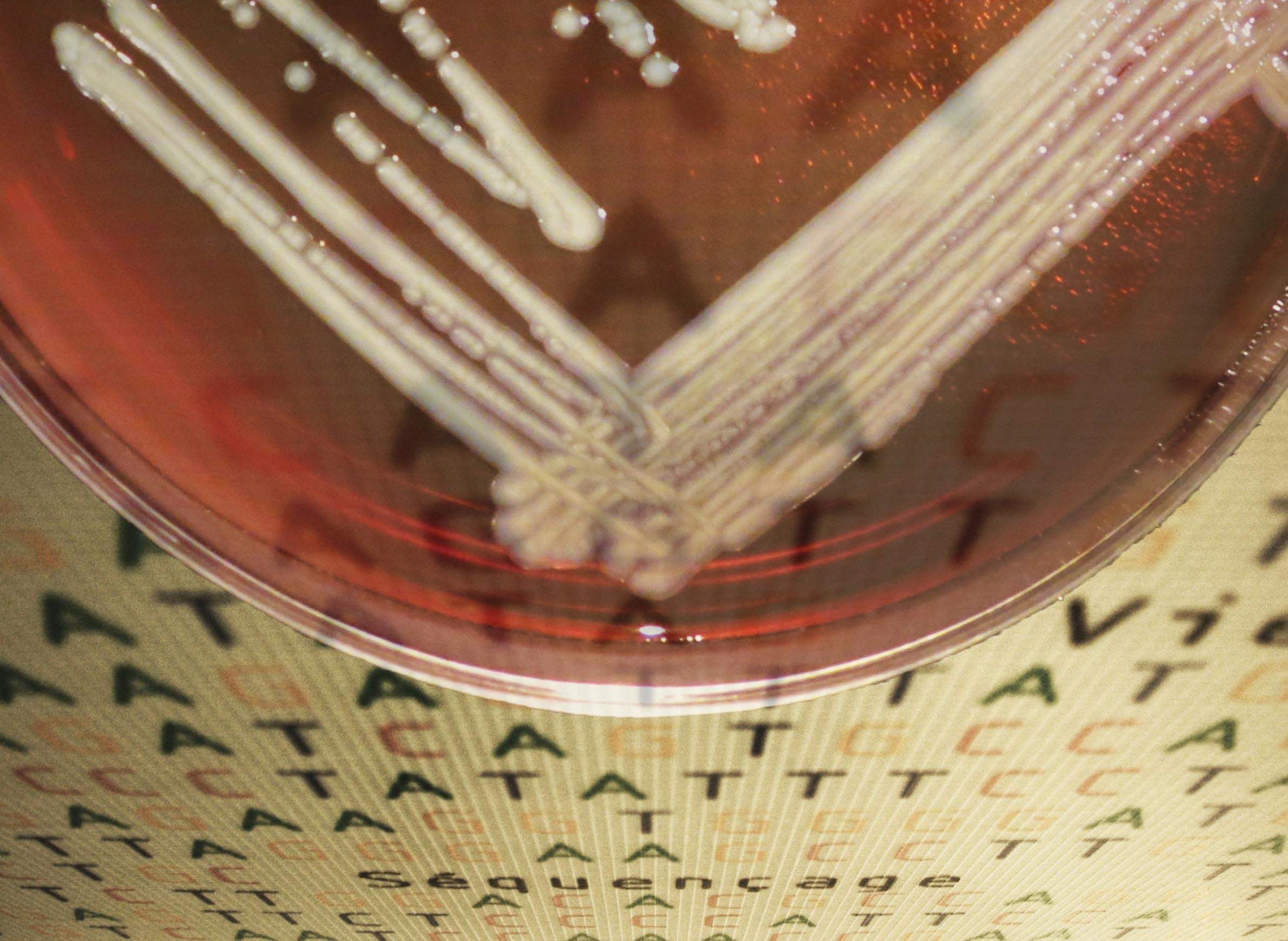 State and federal health officials still don't know the origins of an outbreak of infections in Wisconsin by bacteria called Elizabethkingia anophelis in late 2015 and early 2016. Elizabethkingia is fairly common in the environment, but can be dangerous to the elderly, infants, people already suffering serious illness or immune disorders, and others with weakened immune systems. These bacteria usually sicken a handful of people per year in most states, but in this outbreak, the Wisconsin Department of Health Services confirmed 63 cases in the state, 18 of them fatal.

Most Elizabethkingia outbreaks described in the medical literature involve patients in one hospital ward or medical facility, who all turn out to have been exposed to the disease through a single source, like a shared faucet. The 2015-16 outbreak spanned at least 12 Wisconsin counties, with other cases identified in Illinois and Michigan, so it's harder to find a common thread among all of the victims. But genetic analysis shows that they were all exposed to the same novel strain of Elizabethkingia anophelis.

The unusual circumstances of the outbreak inspired the Centers for Disease Control and Prevention to release genomic data from the organisms that infected specific patients for researchers to use in their investigations. The CDC Advanced Molecular Detection initiative spread the word via Twitter just as the outbreak was winding down in March 2016, and collaborations among scientists investigating this bacteria soon followed.

What little genomic data already existed about Elizabethkingia was gathered by infectious disease researchers located around the world. This far-flung group quickly began comparing their data with the CDC's newly generated profiles of the Wisconsin strain. Research groups at institutions including Institut Pasteur in Paris and the University of Melbourne in Australia teamed up with scientists at the Wisconsin State Laboratory of Hygiene and Wisconsin Department of Health Services to take a deeper look into the genetic makeup of the bacteria responsible for the outbreak, comparing them to other known strains.

"We were basically cranking out these genomes from the outbreak and uploading them...almost in real time," said John McQuiston, who leads the CDC's Special Bacteriology Reference Laboratory. (In this and another interview, he called the original release of info from @CDC_AMD as "the tweet heard around the world.")

"Having the ability to take that data and have somebody outside all the craziness of the outbreak take a look at it with different eyes, they can maybe come up with something that we don't see," McQuiston added.

The international group of researchers released their findings in a Nature article published in May 2017. They reported the strain bore a distinctive series of genetic mutations, and that there was an unusual range of genetic variations within the strain.

"This genomic change probably contributed to the high evolutionary rate of the outbreak strain and may have increased its adaptability, as many mutations in protein-coding genes occurred during the outbreak," the authors noted.

What the Elizabethkingia genomic findings mean

It's not yet clear just how the mutations contributed to the outbreak itself.

The study did not set out to prove that the mutated strain of Elizabethkingia anophelis was necessarily more virulent or had an easier time circumventing patients' immune defenses. Bacteria in the Elizabethkingia genus already are resistant to most antibiotics, so it's also not clear whether the mutations would have made these cases more difficult to treat. After the Wisconsin DHS issued guidelines on how to properly calibrate antibiotics for individual patients, the mortality rate in the epidemic decreased. But given how unusual an Elizabethkingia outbreak of this size is, the mutations likely had something to do with it.

"My interpretation of the paper was that the mutations that they saw ... helped it be a hardier organism, and that might have given it survival advantage over other strains," said Dr. Lina Elbadawi, a Wisconsin-based epidemiologist with the CDC who contributed to the research effort.

She said the study's findings indicate "this bug was around a year before we saw the first human case, and that perhaps it was in some environment where it wasn't necessarily thriving but was surviving."

This pattern suggests to Elbadawi that the pathogen was living in a medical product of some sort before it began infecting patients.

There had been so few previous outbreaks involving Elizabethkingia that before late 2015, public health officials didn't even put much effort into tracking it.

"This organism, prior to this outbreak, we never considered to be of public health significance," said Tim Monson, who manages the Wisconsin State Laboratory of Hygiene's Communicable Disease Division. He also contributed to the Nature paper, as did Kristin Gundlach, a microbiologist at the lab.

State hygiene lab scientists performed the first round of genetic testing on the Elizabethkingia organisms in the Wisconsin outbreak. Their analysis laid the groundwork for the international study.

Establishing genetic linkages between relatively spread-out cases of infection is what helped the researchers understand that this was an actual outbreak, not just a few separate incidents of disease. DHS has seen a few isolated Elizabethkingia cases since the 2015-16 outbreak, none of them involving the same strain.

In the case of the novel Elizabethkingia strain, it demonstrates how an organism can surprise the public health community.

"You never know what you're going to come across, what organism is going to potentially show up as the next environmental or human pathogen that sparks the next outbreak," Gundlach said. "You really have to pay attention to everything you see."

For the CDC's John McQuiston, these findings highlight the importance of building up more genetic data on rare pathogens. Bacteria of the Elizabethkingia genus are common in soil and water, but causes disease infrequently enough that it hasn't been studied all that much as a pathogen — the genus was only discovered in 1959, after all.

For Elizabethkingia and other uncommon pathogens, researchers have relatively little genomic data to draw on. But that information could come in handy when responding to an outbreak, allowing scientists to better understand a bacterial strain's antibiotic-resistance genes in order to plan effective treatment or trace its source.

"We're kind of in an infancy for rare pathogens when it comes to genomes," McQuiston said.

A lot of the other rare pathogens McQuiston's lab is trying to gather data on share an important characteristic with Elizabethkingia — they tend to be opportunistic, afflicting people without robust immune defenses.

"I do hope that more resources can be put towards finding these, because even though they don't cause large outbreaks with hundreds or thousands of people, they are generally very severe," he said.