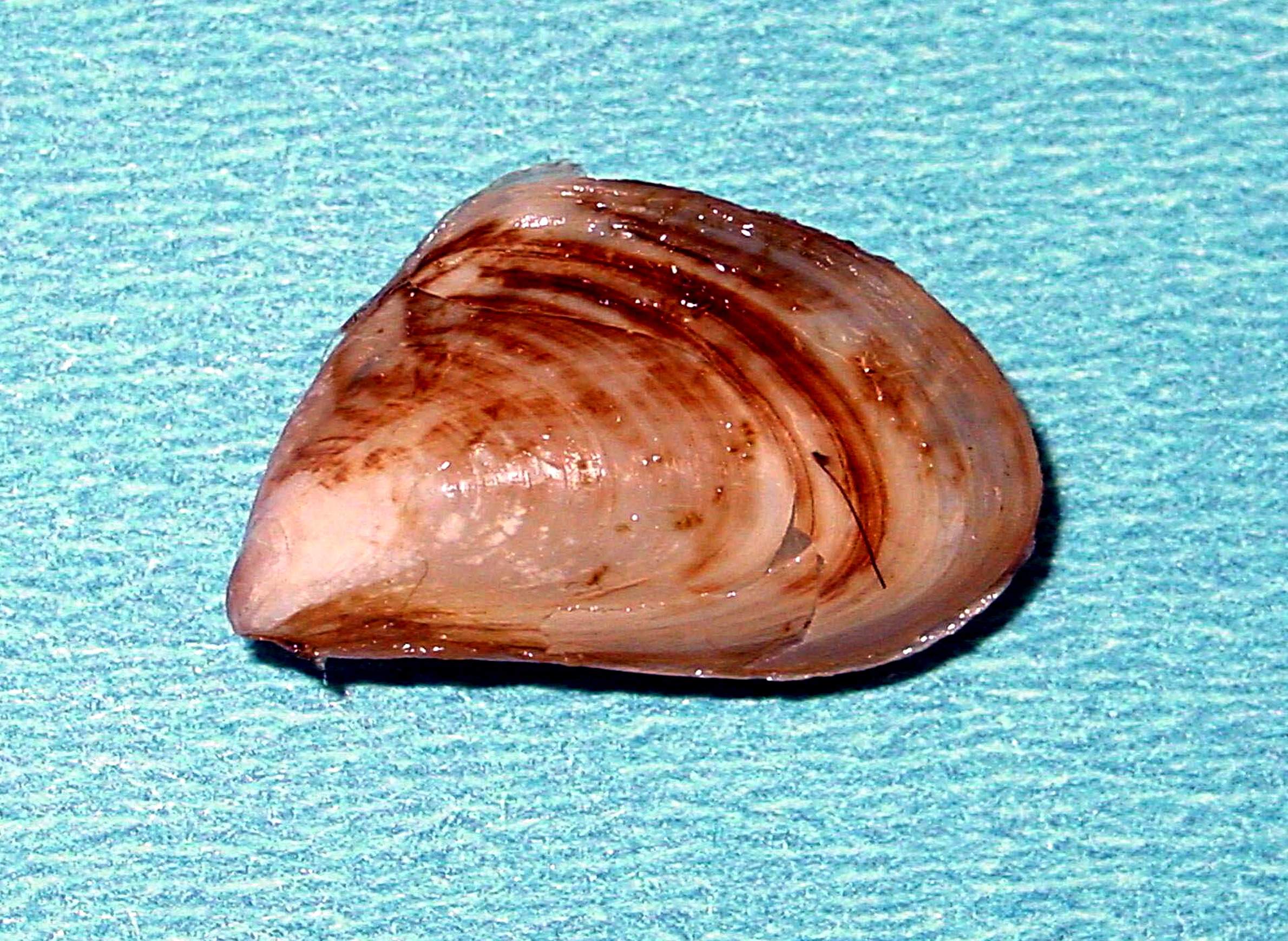 The invasive quagga mussel metabolizes phosphorus in a way that can promote algae growth.

Phosphorus has always been a big part of  just about any water-quality discussion, including those about its levels in the Great Lakes.

A certain amount of phosphorus is healthy and natural. It feeds plankton, which in turn feed fish and other organisms. Too much of it leads to an explosive growth of algal blooms, which in turn depletes the oxygen supply other organisms need. These blooms can also release toxins harmful to fish and humans. Phosphorus levels are one of many factors in dispute as the city of Waukesha prepares to draw drinking water from Lake Michigan and discharge wastewater back into it via the Root River.

The binational Great Lakes Water Quality Agreement, signed in 1972 and updated in 2012, sets targets for phosphorus concentration and load among many other environmental goals. However, neither this agreement nor the federal Clean Water Act address the form of phosphorus in water, which can affect whether and how different organisms use the chemical.

Phosphorus levels in the Great Lakes have gone down significantly since the Great Lakes Water Quality Agreement was initially signed. Today, scientists regard the Great Lakes as fairly healthy when it comes to phosphorus, but with trouble spots, most visibly in Lake Erie, which remains plagued by nutrient pollution. One EPA assessment based on 2010 water samples rated 86 percent of Lake Michigan's near-shore waters in "good" condition and 9 percent in "poor" condition. In contrast, Lake Erie rated about 47 percent good and 31 percent poor. However, Lake Michigan still had more of its near-shore waters in poor condition than Superior, Huron or Ontario, underscoring that even a lake with acceptable phosphorus levels overall can still have localized problems.

Phosphorus also intersects with another big ecological problem in the Great Lakes: invasive species. Zebra mussels and quagga mussels started hitchhiking their way into the lakes in the late 1980s. The mussels compete with fish for phytoplankton, which has decreased fish populations, especially in offshore zones. Mussels also process phosphorus in a way that could spell trouble, even when there's less overall phosphorus to go around.

"Until about 15 years ago, we had pretty good models that would tell you how the lakes responded to a certain phosphorus load," said UW-Milwaukee freshwater sciences professor Harvey Bootsma. "But since the zebra and quagga mussels have come to the Great Lakes, basically the rules have changed."

The mussels suck in and expel water to filter phytoplankton and other food in the water. They metabolize phosphorus, lowering the overall concentration in the water, but they also excrete some of that phosphorus back into the water in dissolved form. That process makes for less phosphorus, but more that's readily available to algae, which can make better use of it when it's dissolved as opposed to in particulate form. This relationship upends the impact of phosphorus in the Great Lakes as scientists have traditionally understood it.

Invasive mussels are instigating a management problem that in a sense puts the health of nearshore and offshore areas of the Great Lakes at odds. Having less phosphorus in the lakes compared to the 1960s or 1970s is considered a good thing overall, an indicator of a successful collaboration among eight U.S. states and two Canadian provinces over the decades. But it hasn't stopped near-shore algae from making use of the phosphorus that's still in the water, with an assist from mussels, at times creating harmful localized algal blooms. Further from shore, mussels appear to be creating a situation in which there's not enough phosphorus to support enough phytoplankton to feed both them and fish. This raises the possibility that phosphorus loads need to be cut even more for near-shore areas, while offshore waters could in theory benefit from greater phosphorus loads.

"We don't know how those two different problems will respond to any increase or decrease in phosphorus loading in the lakes," Bootsma said. He added that scientists and environmental regulators are still struggling with the question of what will happen to water quality if Waukesha and other possible newcomers to Great Lakes water begin discharging more wastewater into the lakes.

"I think it's important to recognize that there are a number of success stories related to Great Lakes management," he said. "Sea lamprey [another invasive species] are not eradicated, but they are kept under control. For most lakes, the concentration of many pollutants — phosphorus, heavy metals, PCBs — has declined."

Waukesha's impacts on the environment and on international water politics might not be understood until decades from now. But it's clear that when it taps into Lake Michigan and sends water back, the city’s inhabitants will be contributing to the state of constant change in North America's inland seas.