OWIs In Wisconsin Are Dropping, But There Are Still Tens Of Thousands Each Year

From Arrests To Convictions To Corrections, How Does The State Enforce Its Drunk Driving Laws?
Will Cushman
WisContext
May 20, 2019 | 6 a.m. 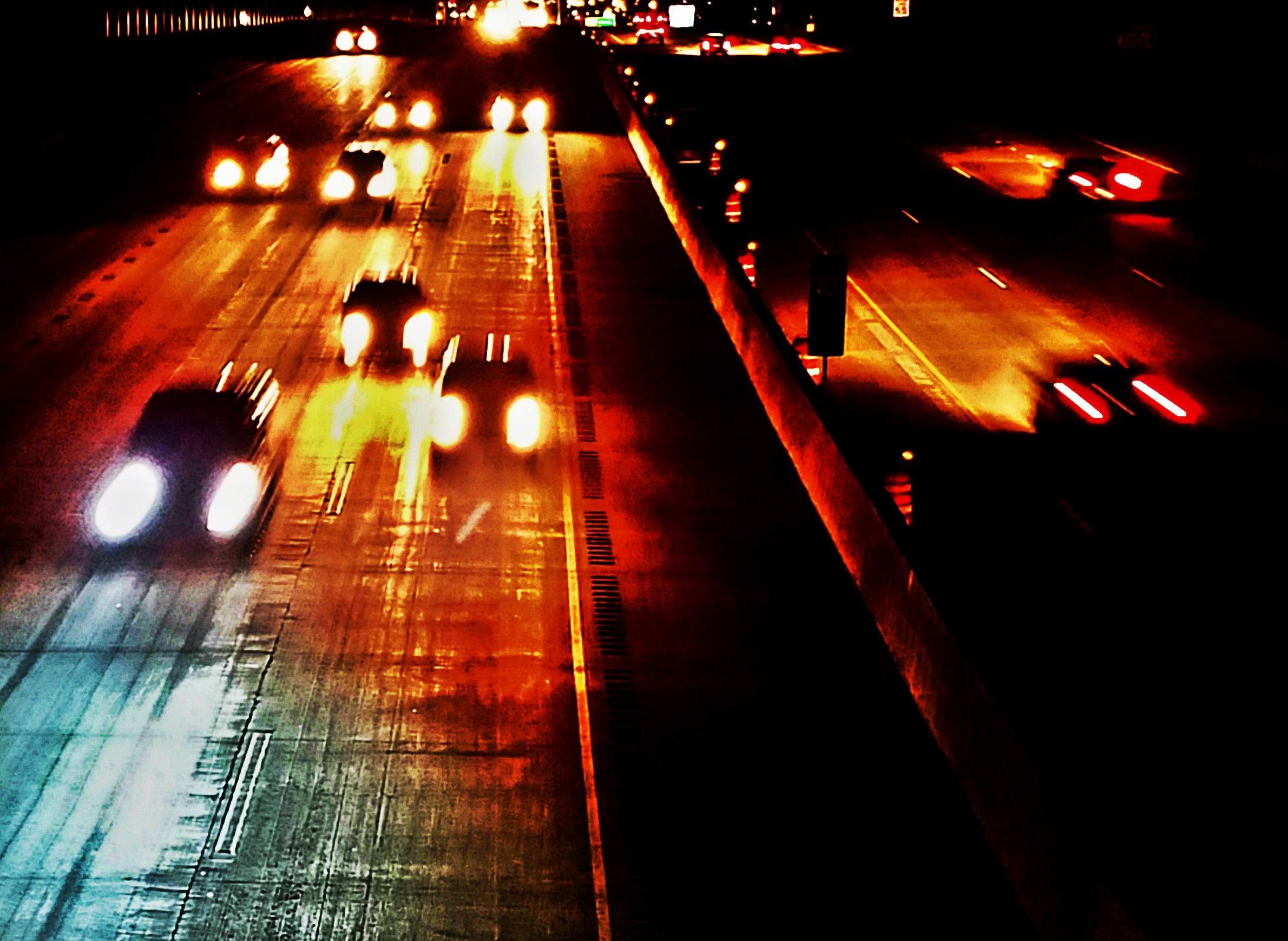 Wisconsin's cultural landscape is awash in alcohol. The state is a delight for lovers of beer both craft and macro, wine drinkers are increasingly able to imbibe local vintages, and distilleries are making more locally-produced liquor. From stadium tailgating and roadside supper clubs to backyard barbecues and underage partying, many of the state's beloved institutions and entrenched pastimes would not be what they are without an abundant flow of alcohol.

Wisconsin is also home to more binge drinkers on average than most states, and every month nearly 2,000 arrests are made in the state for intoxicated driving. That number may sound high — and it is — but it's remarkably lower than it was just 10 to 15 years ago.

Don't believe it? Perhaps a tour through records collected by the state is in order. WisContext sought to better understand how Wisconsin prosecutes and punishes intoxicated drivers by reviewing the relevant state data. This task was a bit complicated because several state agencies track different aspects of these data related to arrests, convictions and sentencing.

OWI arrests have been falling since the late 2000s

In 2017, the last year for which data are available, there were more than 23,700 arrests for operating while intoxicated, or OWI, in Wisconsin. That means there are about 65 OWI arrests around the state every day. These figures include anyone arrested for driving while inebriated by alcohol or any number of other intoxicating drugs.

However, the Justice Department's data don't necessarily provide a complete view of the state's OWI problem. That's partly because the agency depends on more than 450 local law enforcement agencies to accurately report arrest figures, which can't be guaranteed. It's also partly due to an official reporting quirk whereby only the most serious charge in an arrest is recorded for tracking purposes. This practice means if an OWI arrest also includes a more serious charge, like reckless homicide, the OWI charge won't be reflected in Justice Department's data.

A closer look at OWI convictions

What happens after the arrest stage? How are buzzed, drunk and high drivers held accountable for their actions?

When it comes to that information, another state agency, the Wisconsin Department of Transportation, maintains a more consistent and complete data set: a yearly account of all OWI convictions.

What do those data show? Similar to arrests, there has been a steep drop in OWIs since the late 2000s, both for total OWI convictions and for first-time and most repeat offenses, which are grouped according to the state's penalty groupings.

A significant and ongoing drop in OWIs in Wisconsin begs a few questions, chief among them: what's behind it? As with any complex issue, there are likely multiple interrelated factors. One change that may have had an effect is a pair of state laws passed in the late 2000s.

First, a 2008 statute made Wisconsin an "implied consent" state. This law means that drivers, simply by being behind the wheel on a Wisconsin roadway, are "deemed to have given consent to one or more tests of [their] breath, blood or urine," when requested to do so by law enforcement for the purpose of determining the presence of alcohol or drugs in their system.

This change may have made the prospect of driving while inebriated seem legally riskier to would-be intoxicated drivers and could have kept more of them off the state's roads. It was in 2008, after years of stasis, that both arrests and convictions for OWIs began falling. 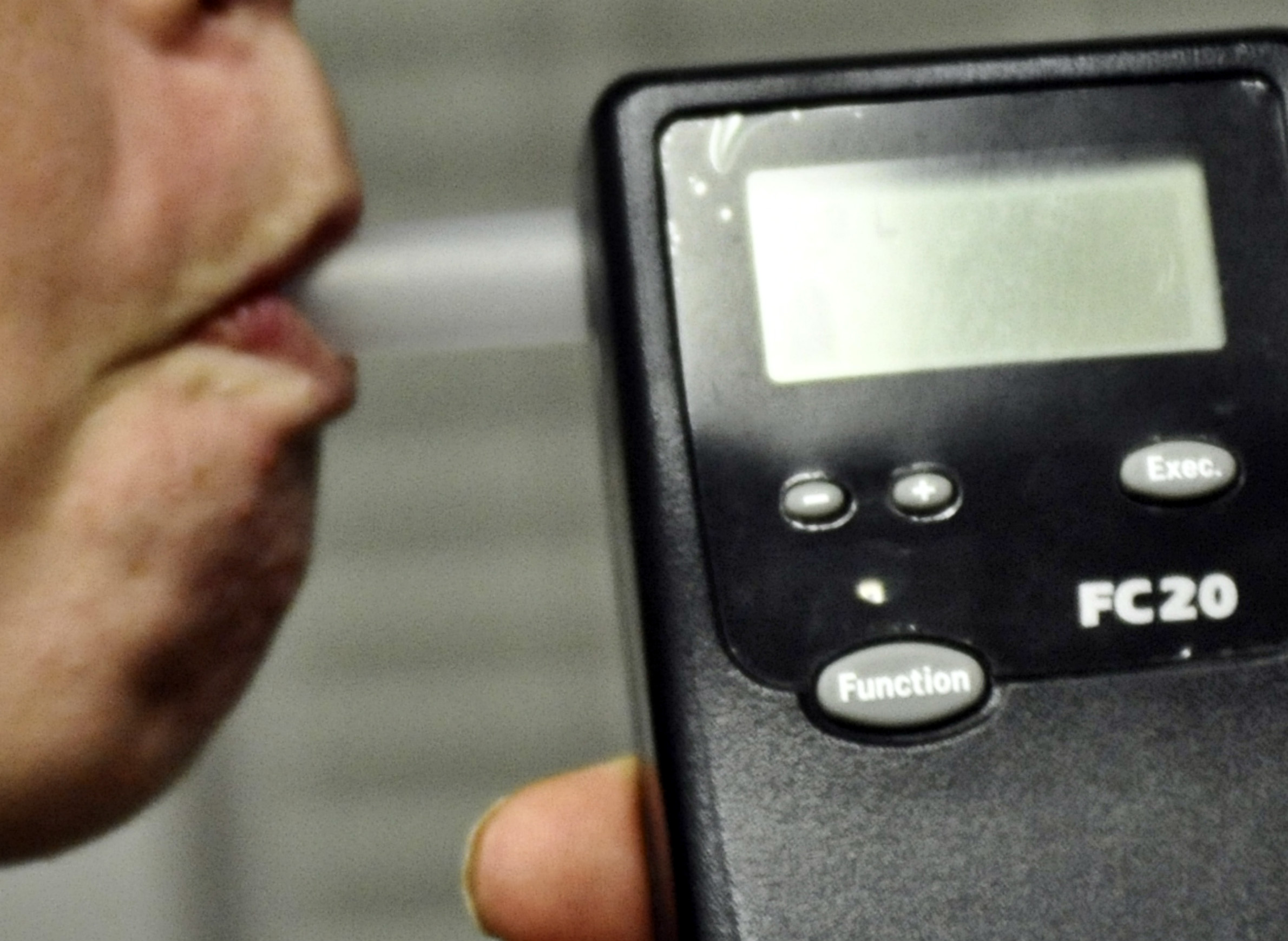 Lance Cpl. Antwaun L. Jefferson/U.S. Marine Corps
Drivers in Wisconsin are "deemed to have given consent to one or more tests of [their] breath, blood or urine."

That drop continued, and even accelerated slightly, beginning in 2010. In that year a set of stiffer penalties for drunk driving went into effect. Those penalties, passed by the state Legislature in 2009 as part of Wisconsin Act 100 and signed into law by Gov. Jim Doyle, made several changes to existing OWI laws.

The 2010 changes made most fourth offense OWIs felonies, required ignition interlock devices for drivers who were arrested with blood alcohol levels higher than 0.15 and all repeat offenders, and made first offense OWI a misdemeanor criminal offense when a passenger younger than 16 is in the vehicle.

Wisconsin is the only state in the nation where most first offense OWIs are not criminal violations. But that doesn't mean first-time OWI offenders receive no punishment — they must pay several hundred dollars in fines in addition to losing their license for 6 months and often spend a night in jail — but the punishment is more lenient compared to many states.

Advocacy groups, including Mothers Against Drunk Driving, have long implored the state to enact tougher penalties for first-time OWIs, arguing that they would serve as a deterrent and may also reduce the incidence of repeat offenses.

Repeat offenders are a large part of the problem

Looking more closely at repeat offenses, the Wisconsin DOT records show trends broadly in line with the overall decrease in convictions since the late 2000s. The only category where that isn't the case is for 10 and more OWIs, of which there are not more than a dozen in a given year.

Digging a little deeper, though, the conviction data do show a slight overall improvement in the incidence of repeat OWIs. To better understand long-term trends, WisContext calculated the average (mean) rate of repeat convictions over two 5-year periods, from the beginning and the end of the DOT records. This comparison showed that the proportion of repeat offenses declined by about 9% statewide between 2004-2008 and 2013-2017.

But the decrease in repeat OWI rates is not uniform across the state. A more detailed county-level look shows that even as OWIs of all offense levels have dropped, the proportion of repeat offenses has increased in a dozen counties.

Many counties have seen the proportion of repeat OWIs fall between 0 and 5%, but a few stick out. For instance Lafayette County, in rural southwestern Wisconsin, saw the rate of repeat offenses drop by more than 40%. On the flip side, in Ozaukee County, north of Milwaukee, the proportion increased by more than 20% — even as the overall OWI count for each offense type fell.

What's behind these numbers is unclear: enforcement could be a factor, as could particularly egregious local repeat offenders.

Keeping these repeat offenders off the road is a goal of safety advocates and the state, and at the end of 2018, Wisconsin began enforcing a law passed in 2017 that permanently revokes driver's licenses for most offenders convicted of fourth OWIs or higher. These permanent revocations do not apply to offenders convicted before Dec. 1, 2018.

How does Wisconsin punish OWI offenders?

After an intoxicated driver is arrested, and if subsequently convicted, what punishments do they face?

Attempting to gauge exactly how the penalties set out in Wisconsin statutes for OWIs are applied year-to-year via judicial sentencing is a thorny endeavor, especially for non-felony offenses, which include first, second and third offenses. It's difficult because, as traffic violations and misdemeanors, records of the sentences handed down for first through third OWIs are maintained by counties. This system means there are 72 separate entities tracking thousands of judgments each year.

On the other hand, sentencing data for felonies, which are punishable with confinement in the state prison system, are available through the Wisconsin Department of Corrections.

WisContext obtained broad sentencing data from the agency for 2011 through 2018. It provides a narrow snapshot into the sentences meted out primarily for the worst repeat offenders.

Corrections data show that prison and extended supervision sentences have become modestly harsher since the early 2010s, while probation sentences have seen little fluctuation. In 2011, the average OWI offender with a state prison sentence received 327.4 days, or about 11 months. That figure increased to just under 12 months in 2018.

Meanwhile, the corrections records show that over the 7-year period the average prison sentence for a fourth OWI was a little under 6 months. The average sentence for a fifth or sixth OWI was a little more than 15 months. Seventh, eighth and ninth OWIs carried significantly longer average prison terms of 3.5 years, and tenth-plus OWIs carried an average sentence of a little more than 5 years.

Additionally, these sentences are averages of hundreds delivered each year and do not reflect their entire range. A 2015 investigation by USA Today Network-Wisconsin found that OWI sentencing varied drastically depending on the judge.

These sentences all fall on the on the lower end of the penalties set out in Wisconsin statutes: They call for 60 days to 6 years for a fourth OWI; 6 months to 10 years for a fifth or sixth OWI; 3 to 12.5 years for a seventh, eighth or ninth OWI; and 4 to 15 years for a tenth OWI or higher.

Advocates for stricter OWI laws and longer sentences for offenders may not get their way anytime soon, though, considering the large costs that could come with enacting them. Critics say criminalizing first offense OWIs would significantly add to prosecutors' caseloads and weigh on criminal justice budgets.

Still, when deciding whether to further strengthen the state's OWI laws, legislators will need to weigh those monetary costs against the human toll of drunk driving in Wisconsin.

Each of those deaths forever changed a family. A full accounting of the damage they've inflicted — on individuals, families and communities — is incalculable.

Editor's note: The article was reported in collaboration with Wisconsin Public Radio for its "High Tolerance" series, which explores the state's complicated relationship with alcohol.

Accessibility And Acceptability: How Wisconsin Developed A High Tolerance For Booze
Tempted By Tradition, Teens Face Pressure To Fit Into Wisconsin's Alcohol Culture
Within Moments, A Family Of 4 Became A Family Of 2
Lawmakers Seek To Strengthen Wisconsin's Drunken Driving Laws
Where Are Binge And Heavy Drinking Most Common Around Wisconsin?
Public Health Officials In Wisconsin Struggle With Gaps In Substance Abuse Data
Wisconsin's Racial Chasm In Marijuana Enforcement
Alcohol's Enduring Appeal Is A Matter Of Brain Chemistry And Genetics
The Bygone Era Of Marshfield's Rural Taverns