When And Where Black Flies Are Out For Blood In Wisconsin 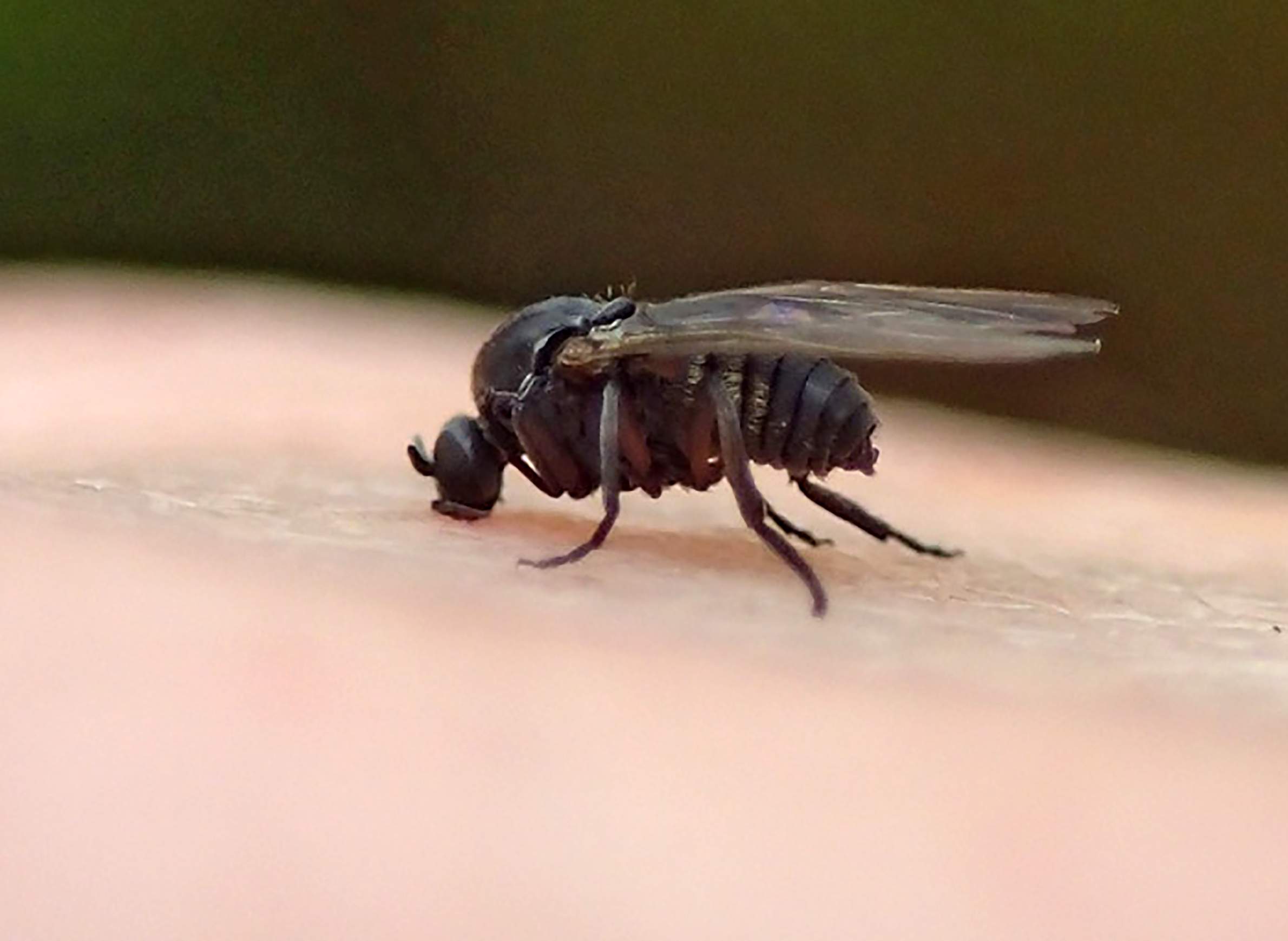 D. Sikes (CC BY-SA 2.0)
The mouthparts of black flies slice into flesh to create a pool of blood which they then consume.

When mosquito season kicks off in Wisconsin, it confirms the necessary omnipresence of insect repellents for the foreseeable future. But if mosquitoes have redeeming properties, it's that they at least serve as food for a wide variety of animals and can even act as pollinators in some cases. When mosquitoes bite, they do so with surgical precision that would make a phlebotomist green with envy. But if simply reading about mosquitoes might make you want to scratch, know that things could be much more sinister.

Consider black flies (Family Simuliidae), which become active in Wisconsin as spring steams into summer. The state is home to 30 species of these tiny sanguivores, and their bites are memorable.

Black flies — also called "buffalo gnats" due to their humpbacked appearance — are deceptive creatures for their small size, which is about one-eigth of an inch long. They're not particularly noticeable by sound like buzzing mosquitoes, but when they land to feed, these tiny flies are vicious. Rather than using needle-like mouthparts to delicately probe for blood vessels, black fly mandibles resemble the jagged edge of Rambo's survival knife which they use in a "slash-and-slurp" approach. These mouthparts slice into flesh to create a pool of blood which the fly then consumes.

If this sounds unpleasant — it is! Reactions to black fly bites can sometimes be severe, with fever and enlargement of nearby lymph nodes. In addition, their sheer numbers can take a psychological toll and can be a strong test of fortitude for somebody who must be outdoors during peak black fly season.

Of the 30 species in Wisconsin, only a handful actually bite humans. Other species are picky eaters with a strong preference for other animals. For example, Simulium annulus specializes on common loons, and in "bad" years the constant pestering can force adults to abandon their nests. And other birds, such as purple martins and bluebirds, can face high rates of chick mortality when black flies are bad.

As for domestic animals, pets like dogs can commonly get bites and develop large pinkish welts on the soft skin of their belly. Dairy cows can be harassed to the extent that feeding and weight gain is lessened and milk production is drastically reduced.

In some cases, large animals including deer, cattle and horses have been killed outright by black flies.

With that said, anyone who has ever encountered an outbreak of black flies is likely to remember the experience. 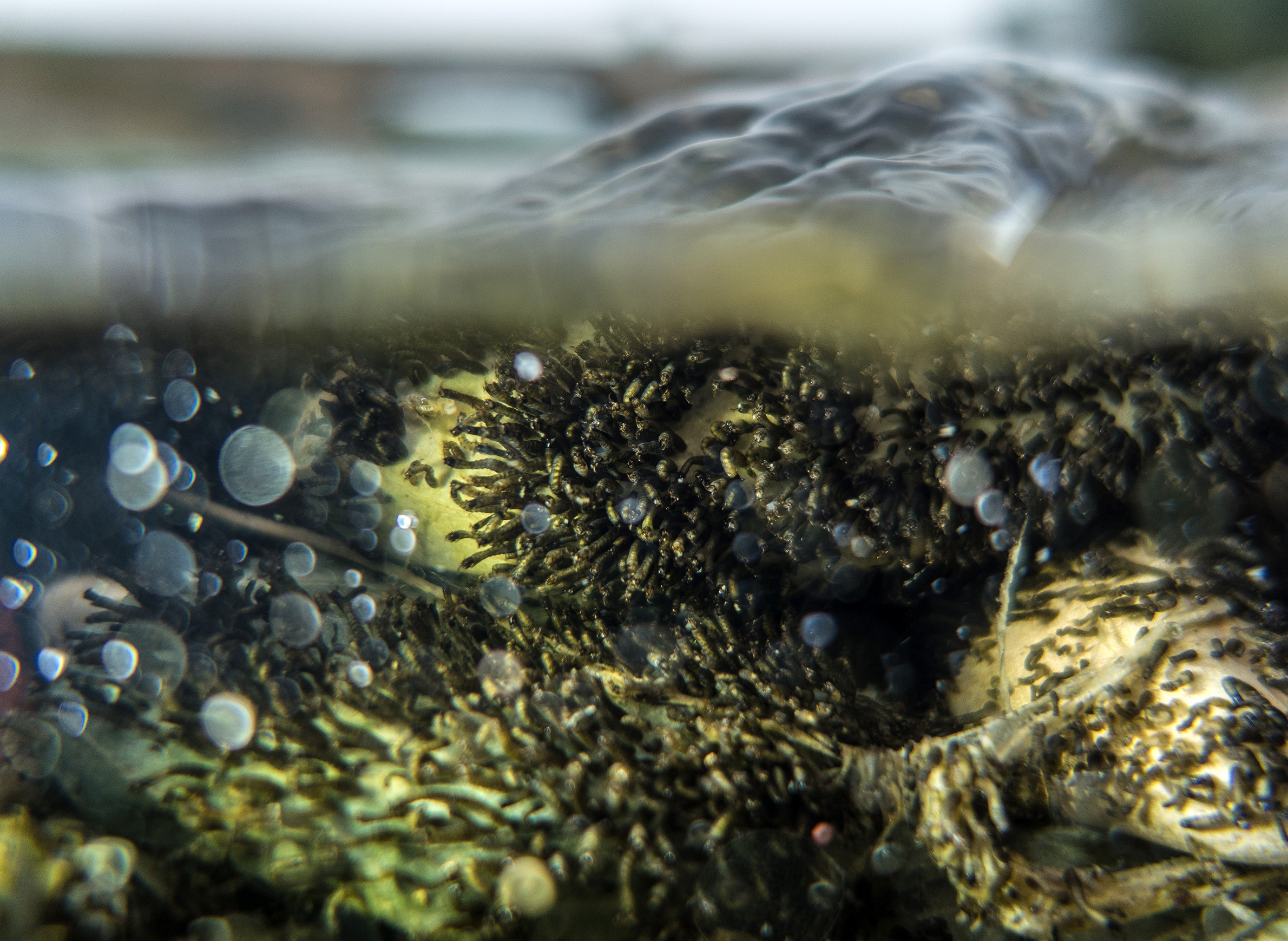 Those who haven't bumped into black flies before are perhaps in a good spot on the map. The larvae of many black fly species tend to be associated with streams and rivers, meaning that geography can play a role with outbreaks.

Within the state, areas near the Wisconsin River and other large rivers and streams tend to see the most intense black fly activity. Black flies can be even worse to the north. In June, these insects can be notoriously bad in the Boundary Waters Canoe Area straddling the border between Minnesota and Ontario, and in Canada black flies have even been enshrined in a 1991 film and a surprisingly catchy folk song.

If there's good news about black flies, it's that the adults are short-lived. Wisconsin tends to see a blitz of activity spanning about two to three weeks in late spring.

When black flies are active, the best approach is to layer up with long sleeves, break out the repellents like DEET and use a head net if needed. For those people in an area with intense black fly activity, cutting back on outdoor activities until these insects run their course for the year may be the simplest option for avoiding their bites.

Loons Abandon Their Eggs Due To Black Fly Outbreak In Northern Wisconsin
The Sweet Tooth And Unique Scent Of Odorous House Ants
Birdsong Recordings Help Match Kirtland's Warblers In The North Woods
How Will The Great Lakes Compact Hold Up In A Thirsty World?
Globetrotting Mosquitoes May Stow Away In Unexpected Places
Wisconsin's Top 10 Trends Of 2017 For Insects (And Other Pests)