Before And After Changes To Climate Language On DNR Website 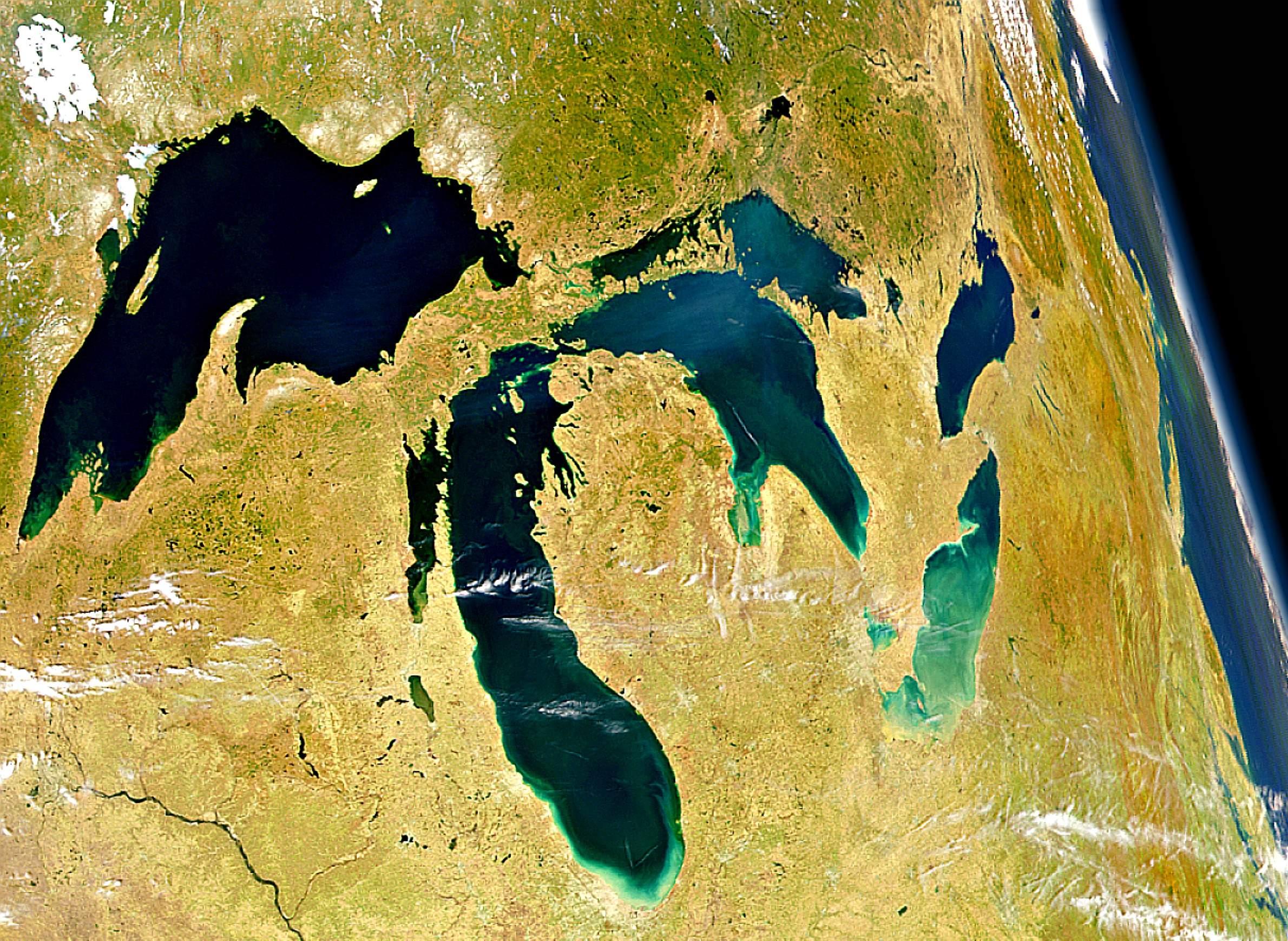 References to climate change, rising temperatures and the human activities that cause them have been removed recently from a Wisconsin Department of Natural Resources web page.

The revisions were caught by James Rowen, a former reporter and editor at the Milwaukee Journal Sentinel who now blogs about state politics. He said this isn't the first time Gov. Scott Walker and his administration deliberately carried out politicized changes to state-sponsored websites, and that it's a reflection of the "chamber of commerce mentality" coming from the state Capitol.

"I noticed that even though it's a website about the impact of climate change on Wisconsin and the Great Lakes, most of the references to climate change, as well as the specific words 'climate' and 'climate change,' were no longer on the page," Rowen said.

As recently as October, the heading of the web page read "Climate Change and Wisconsin's Great Lakes" in big, bold letters, and then went on to explain human activities are increasing greenhouse gases and contributing to the warming of the planet. 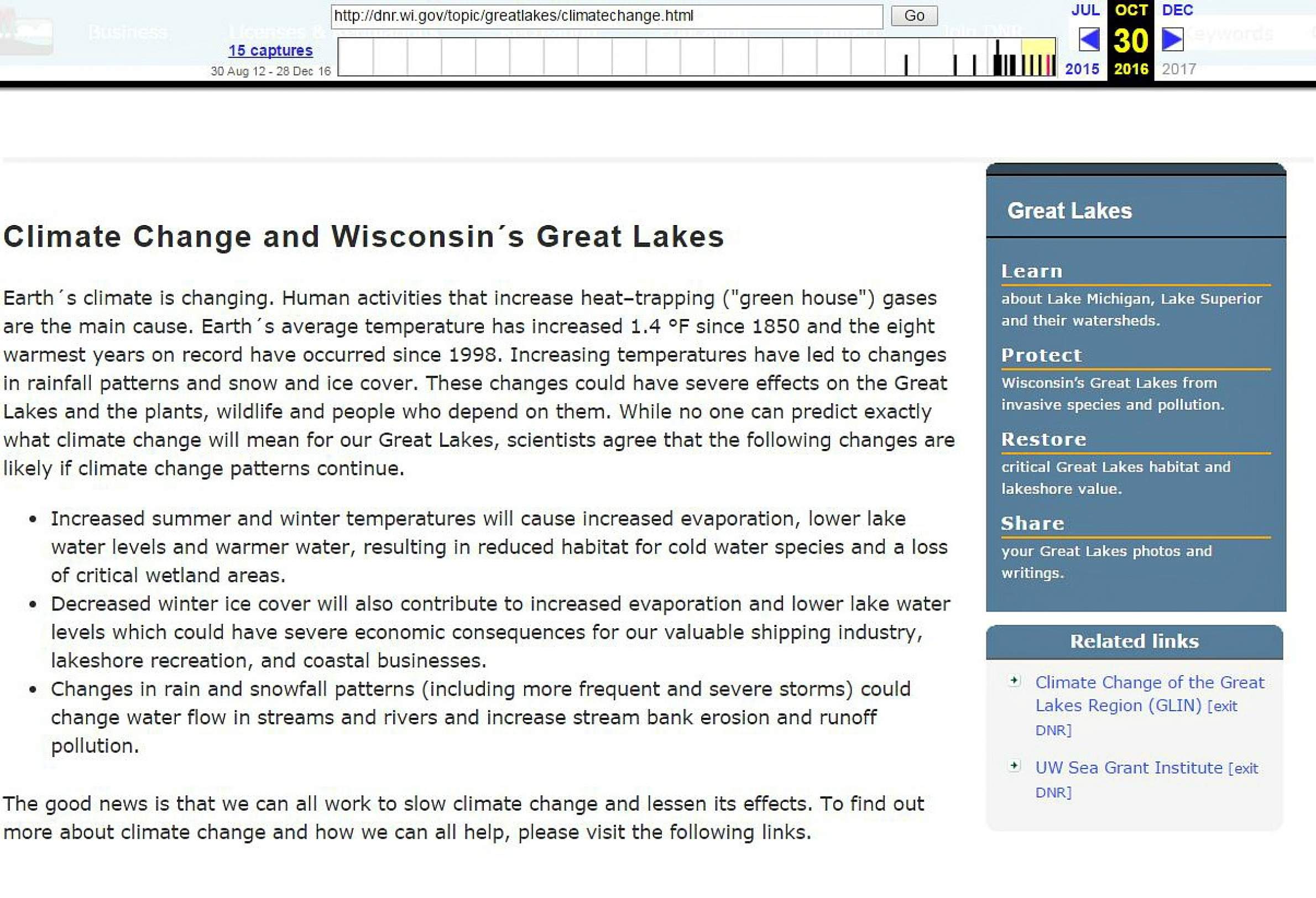 It also mentioned the string of record-high temperatures during the past decade and then listed the potential to negatively affect the state's lakes, plants and wildlife. Those effects included lower lake water levels, reduced habitat in wetland areas, decreased winter ice coverage and intensified weather events.

Additionally, it provided as many as eight links and academic citations to research on climate change and its impact on the Great Lakes region.

The heading of the same web page now reads "The Great Lakes and a changing world" and has been shortened by a total of 205 words. Gone are links to research and any mention of "climate change." It states earth is going through a change, as it has throughout the centuries.

"The reasons for this change at this particular time in the earth's long history are being debated and researched by academic entities outside the Wisconsin Department of Natural Resources," the webpage now states. 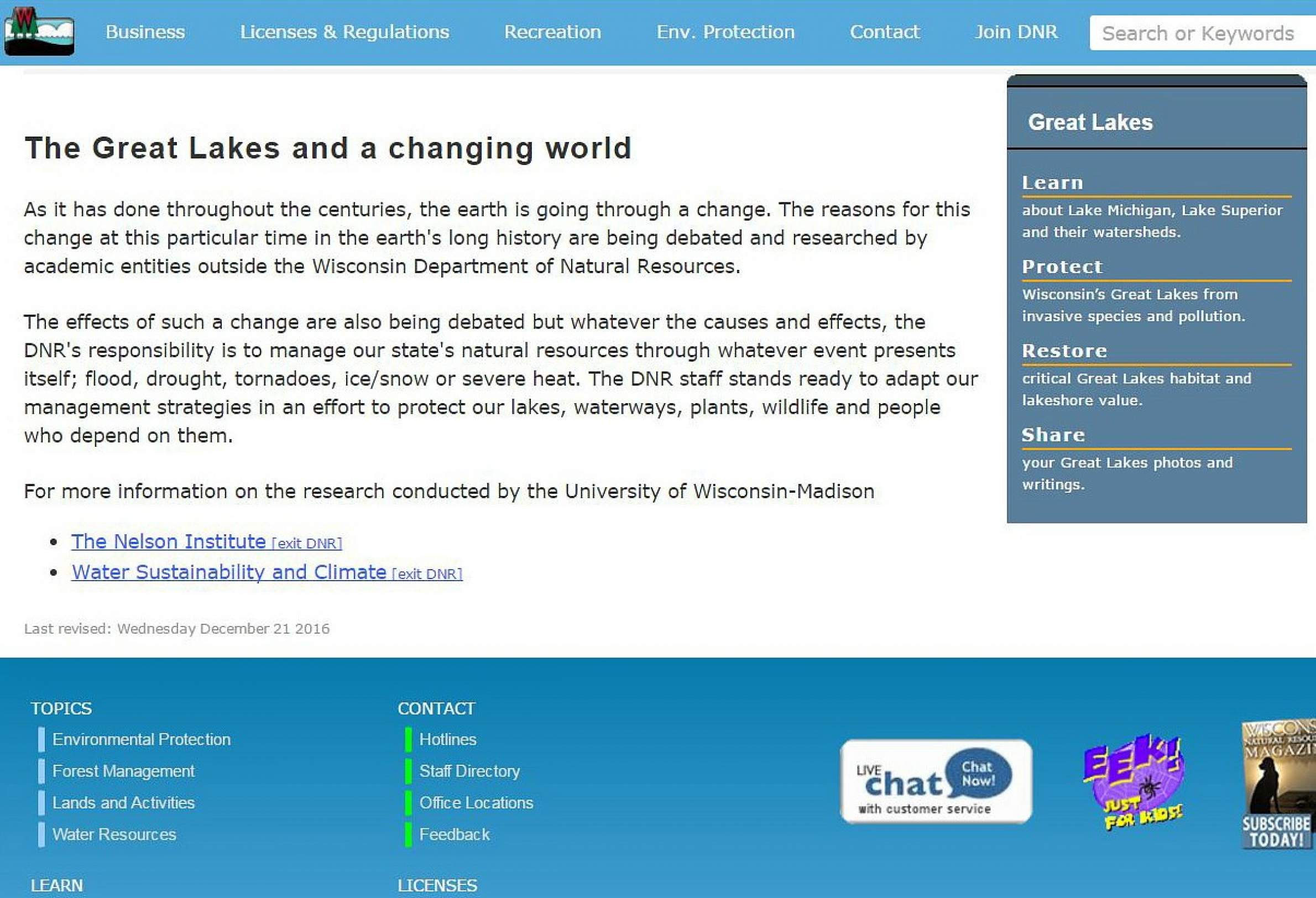 Rowen said the changes were deliberate and widespread, not merely an update or tweak, and described them as, "Orwellian and propagandistic."

"The entire reality of climate change is removed and replaced with a few general sentences around the themes of the earth is going through a change, the reason for this change at this particular time are being debated. And so it raises doubt without stating a cause about the existence of climate change by simply editing out that content," Rowen said.

He said the changes reflect a larger alteration to the DNR's mission since being overseen by Walker appointee Cathy Stepp, a former Republican state senator who was an outspoken critic of the agency.

From the moment she was appointed, Stepp made many environmentalists nervous after she vowed to make it easier for companies to get environmental reviews and permits, and pledged to help with job creation, Rowen said.

"It lines up with other policies of the Walker administration to turn the role of the (state) Department of Natural Resources from a conservation and environmentally in-tune agency to what Walker described as the 'chamber-of-commerce mentality,' — that's his phrase — that he wanted atop the DNR through the selection of Cathy Stepp," Rowen said.

Rowen added the Walker administration has led a coordinated effort to "radically reduce" the DNR's budget by eliminating scientists to monitor state pollution standards and how shoreline development may affect local ecosystems.

DNR spokesman Jim Dick wrote in an email to the Milwaukee Journal Sentinel that the changes "reflects our position on this topic that we have communicated for years, that our agency regularly must respond to a variety of environmental and human stressors from drought, flooding, wind events to changing demographics.

"Our agency must be ready to respond to each of these challenges. Adaptation has been our position on this topic. As you know the causes and effects of any changes in climate are still being debated and research on the matter is being done in academic circles outside DNR," the email stated.

It was reported Dec. 22 that Republican lawmakers are considering breaking up the DNR, scattering parks, forestry, environmental, hunting and fishing programs among three existing agencies and two new ones.