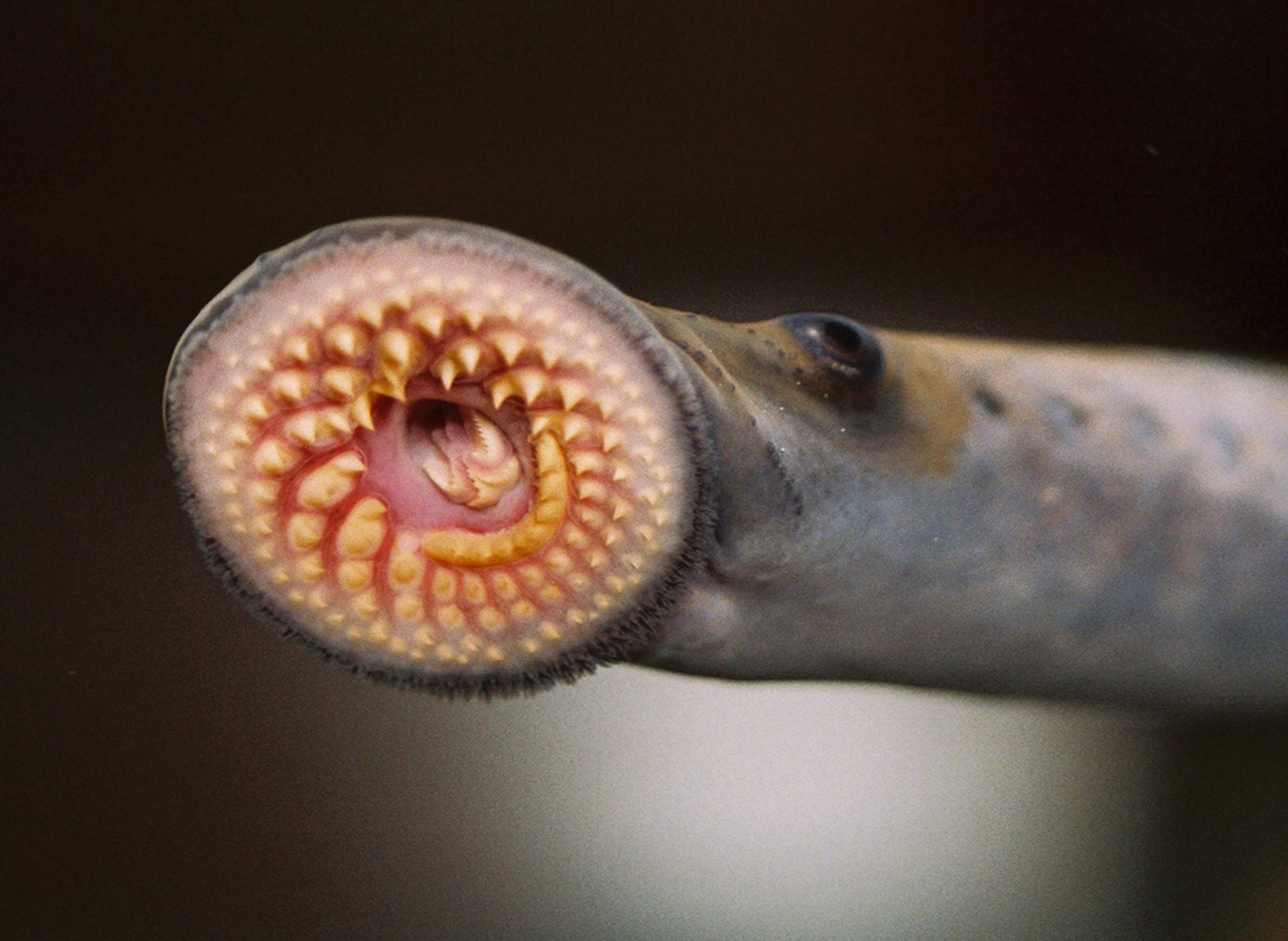 It's not easy to get rid of the Great Lakes sea lampreys.

A study in the Journal of Great Lakes Research found that it may be getting even harder. Warmer waters increase the larval sea lamprey's tolerance to 3-trifluoromethyl-4-nitrophenol, or TFM, a chemical widely-used to kill lampreys during their larval stage, according to the researchers at Wilfrid Laurier University.

That may point to a need to change how the invasive species is controlled, noted the study, published in October 2019.

In the longer term, warmer waters that come with a warming climate may make it more expensive to combat these longtime predators of Great Lakes fish, the study reported.

TFM has been used to control invasive sea lamprey populations in the Great Lakes since the early 1960s, according to the Great Lakes Fishery Commission. It's remarkably effective in controlling sea lampreys without significantly affecting other species.

The amount of TFM needed to kill lampreys is decided by such factors as water pH and total alkalinity.

But temperature is not one of them, said Shawn Nowicki, the unit supervisor of larval assessment and lampricide control at the U.S. Fish and Wildlife Service.

"We plan treatments using a multitude of factors and seasonality is one of them," Nowicki said.

For example, after coming out of a long winter, lampreys are weak in the spring and easier to kill. But in fall, when the lampreys are hardier, a slightly higher concentration is needed for a longer duration. According to field observations, this is related to the fitness of lampreys at various times of the year instead of the temperature, Nowicki said. 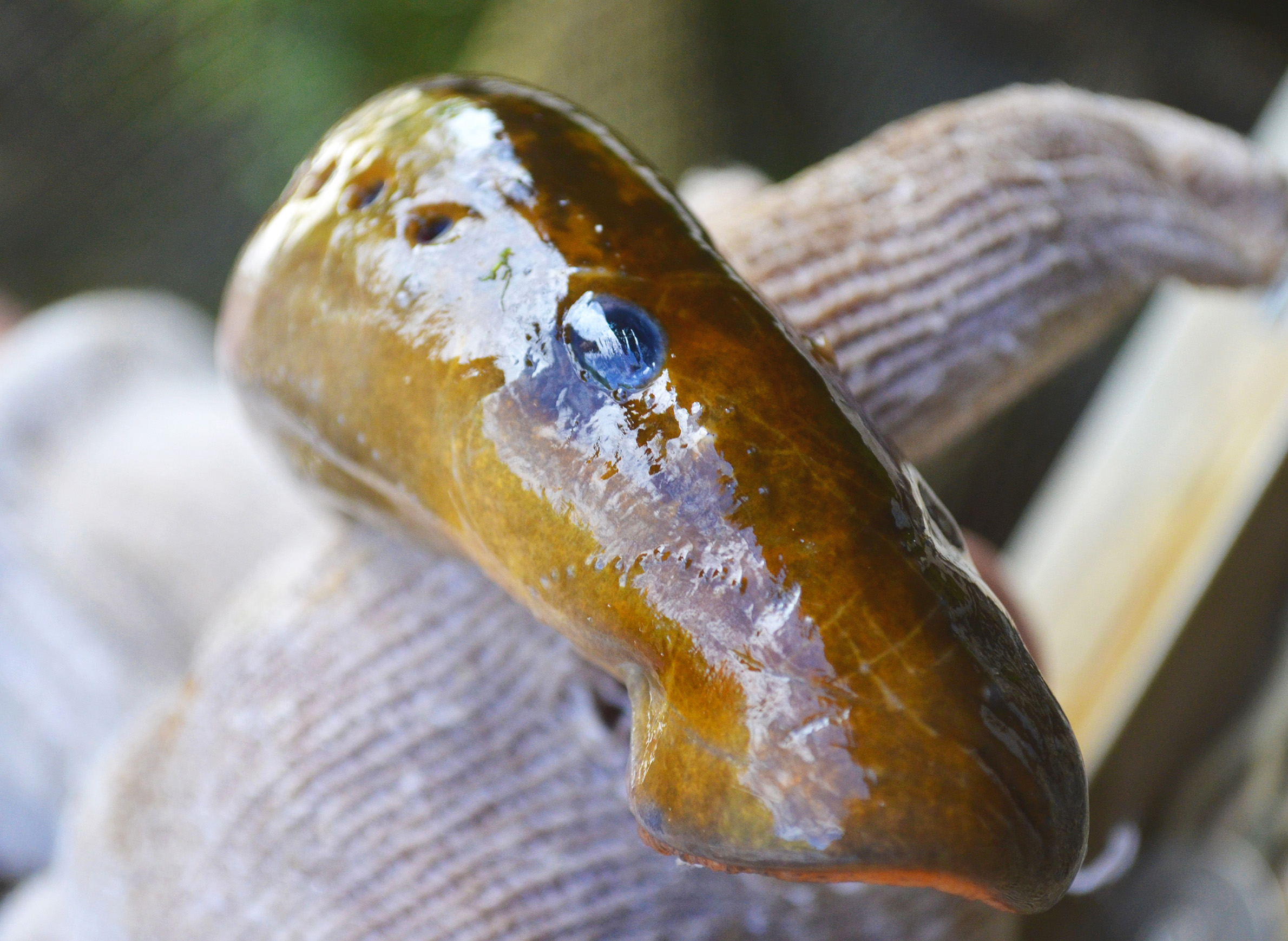 Mara Koenig/U.S. Fish and Wildlife Service (CC BY 2.0)
Sea lampreys are managed with the use of TFM, a chemical that kills the animals in their larval stage.

In the study, the researchers delved deep into the effects of temperature.

"Several years ago, there was a study that showed that the sensitivity of larval sea lampreys to TFM was higher in the springtime than it was in the summertime," said Michael Wilkie, an author of the paper and a professor in the Department of Biology at Wilfrid Laurier University in Waterloo, Ontario. "One thing that they couldn't determine was why the lampreys seem to be more tolerant to TFM in summer than in spring."

Therefore, they decided to test two hypotheses, said Wilkie. The first was that maybe the lampreys don't have sufficient energy reserves to deal with the TFM effectively in the springtime. The second was that maybe warmer water temperatures allowed them to detoxify the TFM more effectively.

"We hoped to look at the body composition of the animals and test different temperatures' effects on the lampreys' tolerance to TFM,” Wilkie said.

They collected all the larval sea lampreys from the Au Sable River in Michigan, Wilkie said. In the first part of the study, they sampled the sea lampreys in different seasons. In the second year, they collected the lampreys at the same site in June and did the experiments again.

At the end, their study shows that the energy reserves of lampreys were either unchanged or higher in the springtime. Furthermore, it shows that the warmer the water was, the higher the larval sea lampreys' tolerance to TFM.

"We are surprised," Wilkie said. "Because we predicted that the energy stores and condition factor of the animals would be the key factor influencing TFM toxicity, not temperature."

The study will enable experts to consider water temperature as well as pH and alkalinity when they calculate how much TFM to apply, Wilkie said. That’s important because if they underestimate the dose when the water is warm, some lampreys could survive the treatment. 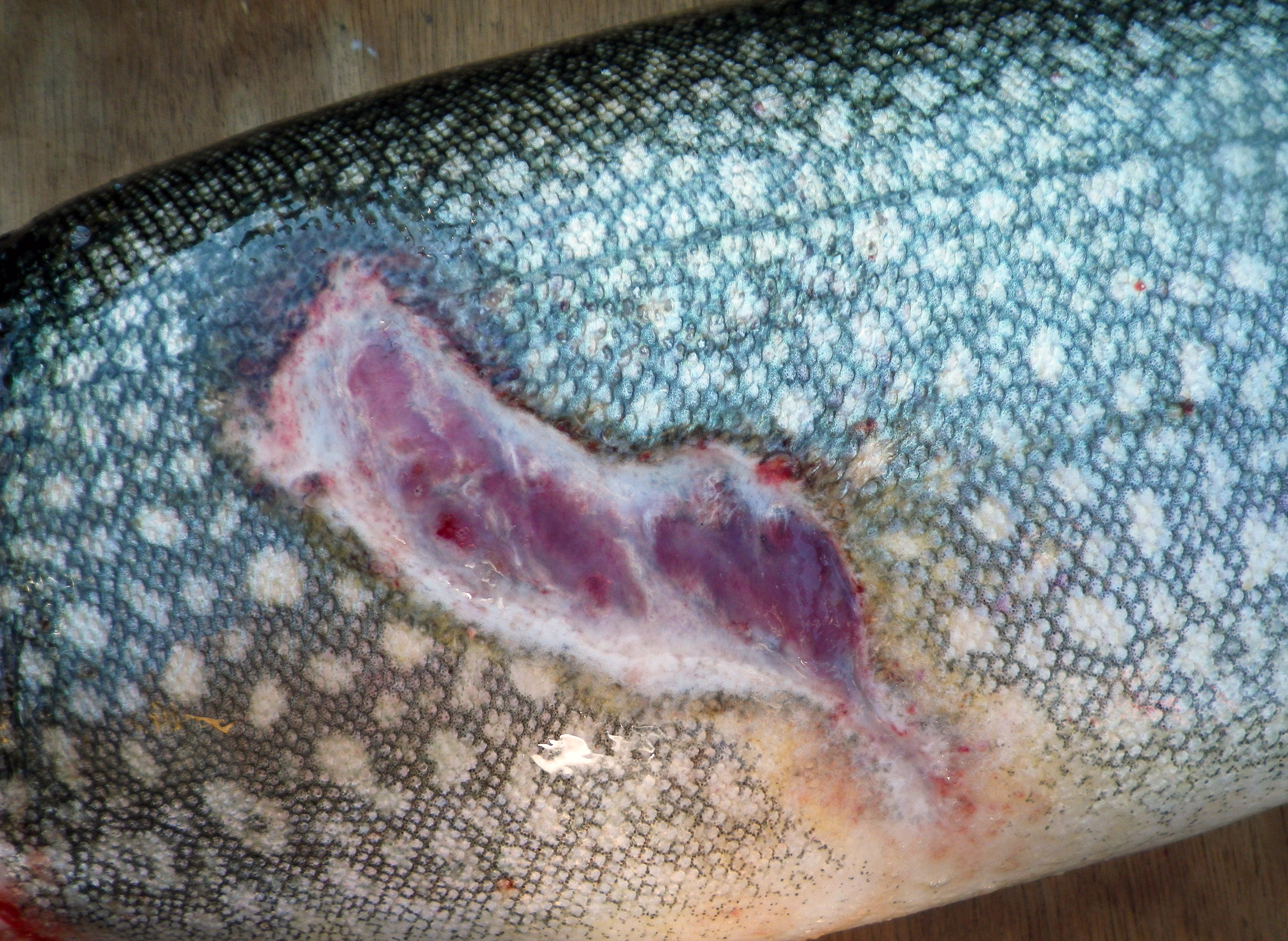 "The water temperatures of the Great Lakes are projected to go up," Wilkie said. "And presumably, they will go up in a number of the streams."

"That could increase the cost of the TFM treatments because they have to treat the streams more often," Wilkie said.

"If not, there will be more lampreys that survive after the treatments, which is very damaging and costly to the Great Lakes fishery."

In the past 10 years, the Great Lakes Fishery Commission has funded 153 sea lamprey research programs to understand lamprey better. Wilkie's study is one of them.

The U.S. and Canadian agency deals with the fish stocks of common concern of the Great Lakes.

"Part of our responsibility is to control the sea lamprey," Gaden said. "We fall on that because we want the lamprey treatments to be as effective as possible. Because if they're not, the fishery suffers tremendously."

The agency treats 100 to 120 streams a year to kill millions of lamprey larvae at a cost of $20 million to $23 million a year, Gaden said. "But it's a very small cost compared to the annual value of the Great Lakes fishery, which is about $7 billion a year."

"Recent studies show that there are a number of different enzymes that might be involved in the processing or detoxifying of lampricides," he said. "So we think some of those enzymes might just work better at warmer temperatures, allowing the animals to get rid of the TFM more effectively."

Editor's note: This article was originally published on Nov. 19, 2019 by Great Lakes Echo, which covers issues related to the environment of the Great Lakes watershed and is produced by the Knight Center for Environmental Journalism at Michigan State University.