The Outsized Impact Small Streams Have On Lake Superior 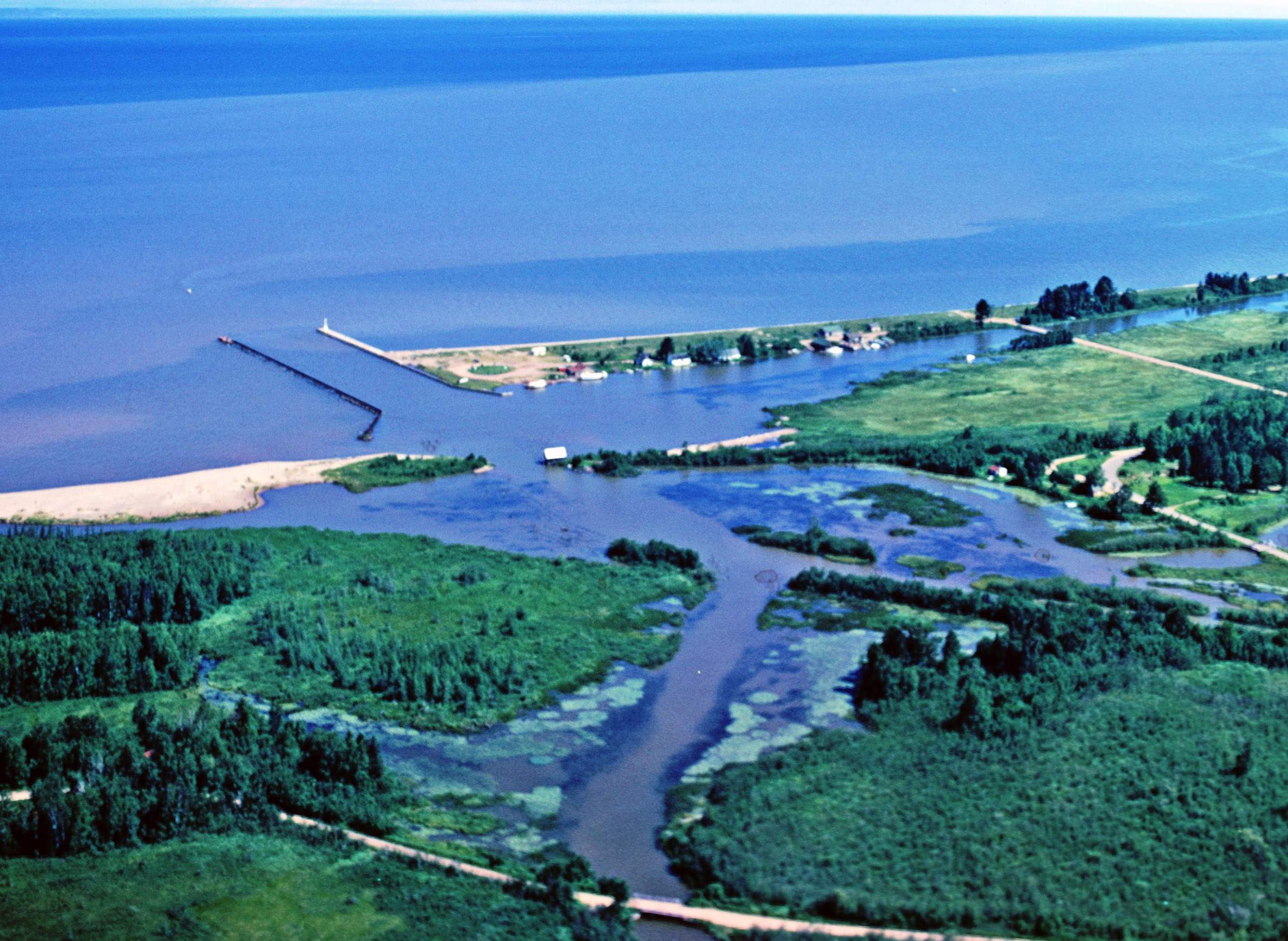 Very little is known about the smallest tributaries that flow into Lake Superior.

Several researchers at Michigan Technological University are changing that.

Their October 2018 paper in the Journal of the American Water Resources Association asks how these small streams impact the ecology and biochemistry of Lake Superior.

"This is a paper that was very much intended to ask questions," said Amy Marcarelli, the lead researcher and an ecosystem ecologist at Michigan Technological University. "We wanted to throw questions out there to get people interested."

Answers, for now, are few. Some of the smaller streams are monitored for fish or habitat quality, but very few people have considered how the streams link up to the lake because of its large size, she said.

"Half of the water that goes into Lake Superior comes from rain, which is common in the Great Lakes, but very rare for lakes in general," Marcarelli said. "That makes the Great Lakes unique, and that makes it easy to think that the streams and the watersheds are proportionately less important." 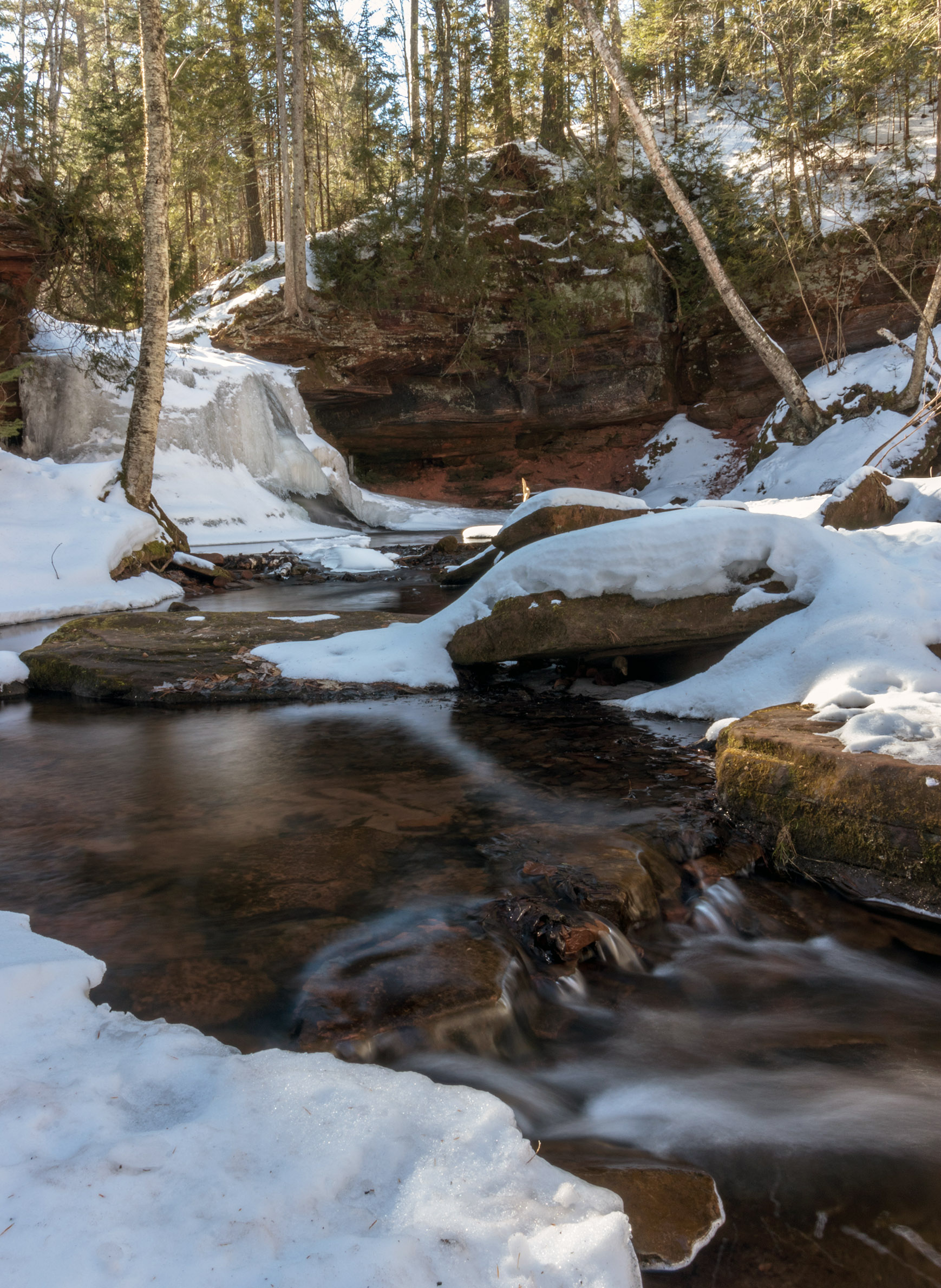 But the smaller streams may be more important than people tend to think, she said.

The study counted approximately 2,800 tributaries that empty into the lake.

"That was a significantly bigger number than anyone else had calculated before and really helped to emphasize the potential importance of streams as contributors to the Lake Superior ecosystem," said Colin Brooks, co-author of the study and manager of the Environmental Science Laboratory at the Michigan Tech Research Institute in Ann Arbor, Mich.

"These are the little streams that in the summer you can stand over with one foot on either bank," she said.

The researchers suspected that the importance of small streams to the nutrient budget and ecology of Lake Superior has not been properly considered before, Brooks said. They tried to measure the effect small streams have on Lake Superior, but were left with more questions than answers.

Roughly 60 percent of the tributaries are on the American side, while 40 percent are on the Canadian side, Marcarelli said.

Stream outputs into Lake Superior don't get mixed in immediately. Instead, they form plumes, which Marcarelli described as "mini water bodies" that are slowly mixed into the lake. Most of the time they are fairly small

But sometimes, the plumes are very big, particularly during snowmelt or big storms, Marcarelli said. Those plumes are visible because the water coming out of the tributaries is quite different than the water in the lake. 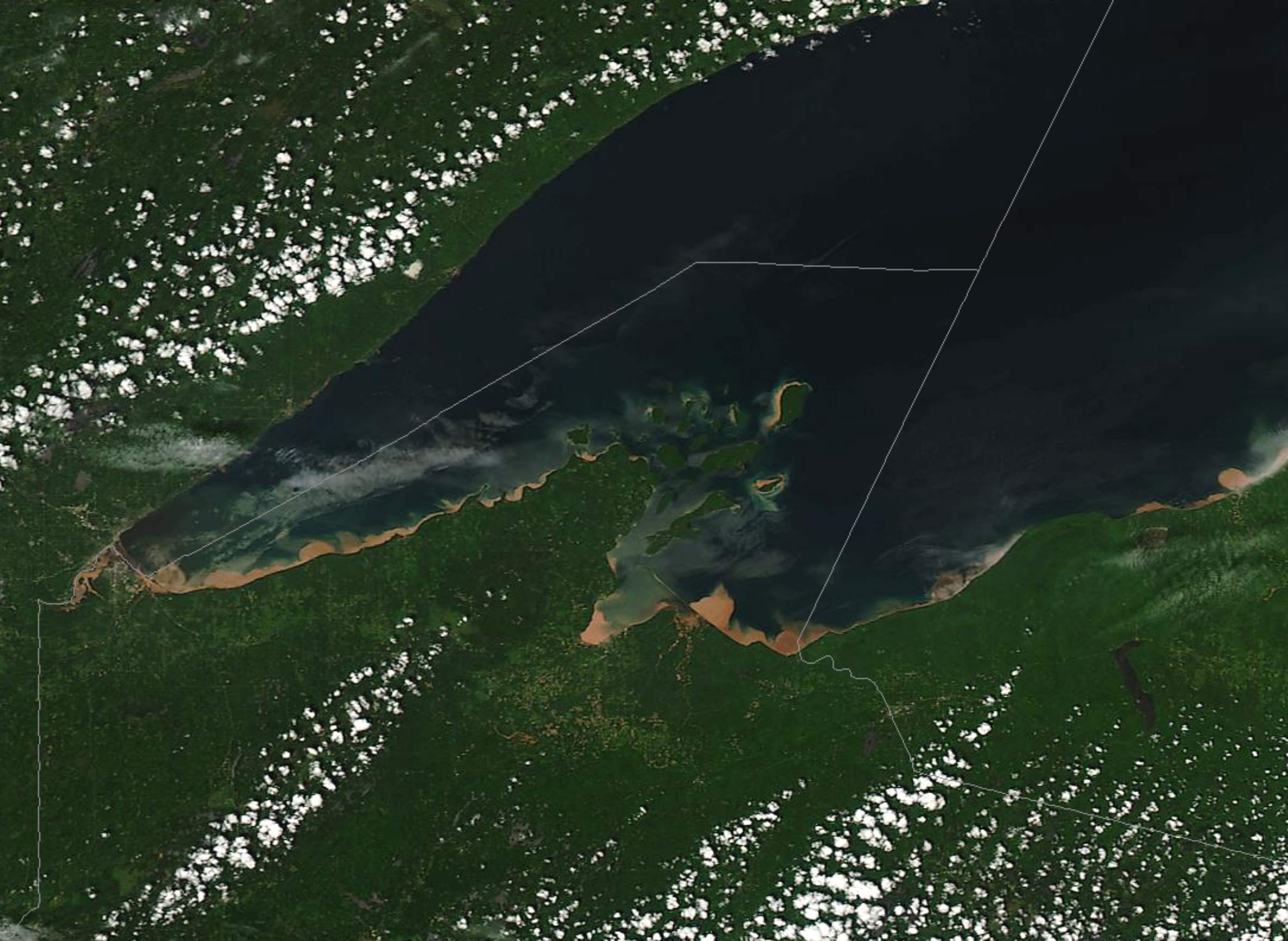 The plumes have the potential to allow the researchers to measure how much water is coming in from the tributaries.

However, the weather can make them difficult to view.

"It's really hard to get satellite pictures in these regions because it's cloudy all the time," Marcarelli said. "The plumes are probably happening in the time when it's most difficult to get on Lake Superior."

The researchers used an autonomous underwater vehicle, which can provide an alternative way to detect the plumes.

"They can swim through the plumes and measure the changes in water chemistry to try to figure out how big they are and how deep they are," Marcarelli said.

They also used drones, which can be flown over various stretches of shoreline and used to map the plumes.

"If we can use things like drone imagery, it will become a lot more practical to understand how changes in nutrients and organic matter are being affected by changing climate," Brooks said.

By ignoring the contributions from all of the little streams, a big part of the story is missing, said Evan Kane, a researcher in the School of Forest Resources and Environmental Science at Michigan Technological University.

"Little streams behave a lot like big streams do say in the spring or late in the fall," he said. "What's really interesting is that during storm events, the little streams and the big streams, that's when their true personalities seem to come out."

But human activity modifies the amount of nutrients in the plumes, which can lead to negative effects, she said.

A post-storm plume colors the waters of Lake Superior at Port Wing. 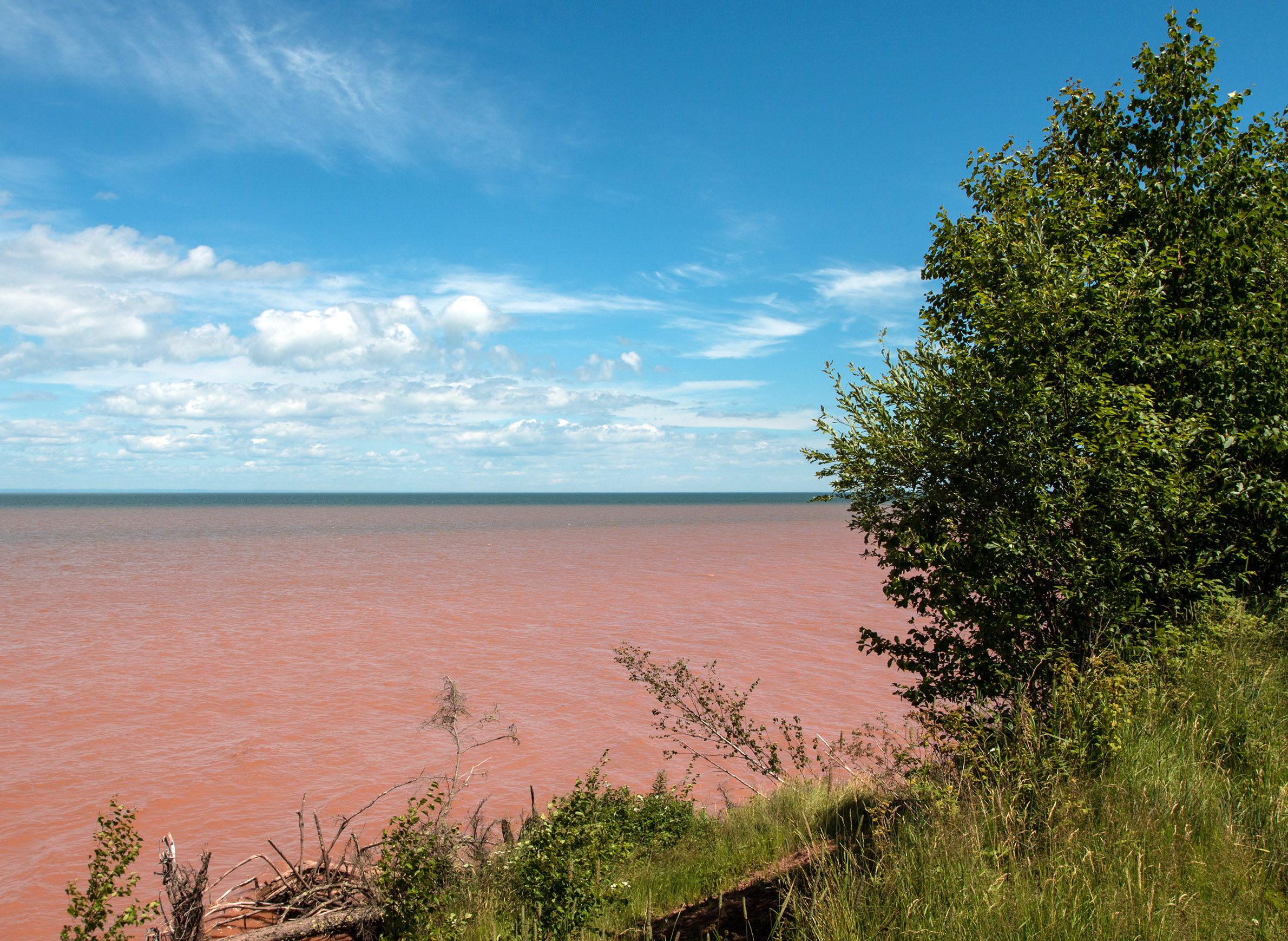 "When those storms happen, they cause a lot of erosion in the watersheds," she said. "When they do, the plumes tend to have a lot of sediment with phosphorus bound to it, which researchers think can then lead to these cyanobacterial blooms."

It's important to understand the connection between the lake and its tributaries to predict the long-term impacts of climate change, Marcarelli said.

"With climate change, not only do we expect those storm frequencies to change, we also expect the conditions in the lake to change," she said.

Editor's note: This article was originally published on Dec. 21, 2018 by Great Lakes Echo, which covers issues related to the environment of the Great Lakes watershed and is produced by the Knight Center for Environmental Journalism at Michigan State University.