How Polarized Are Wisconsin's Lawmakers? 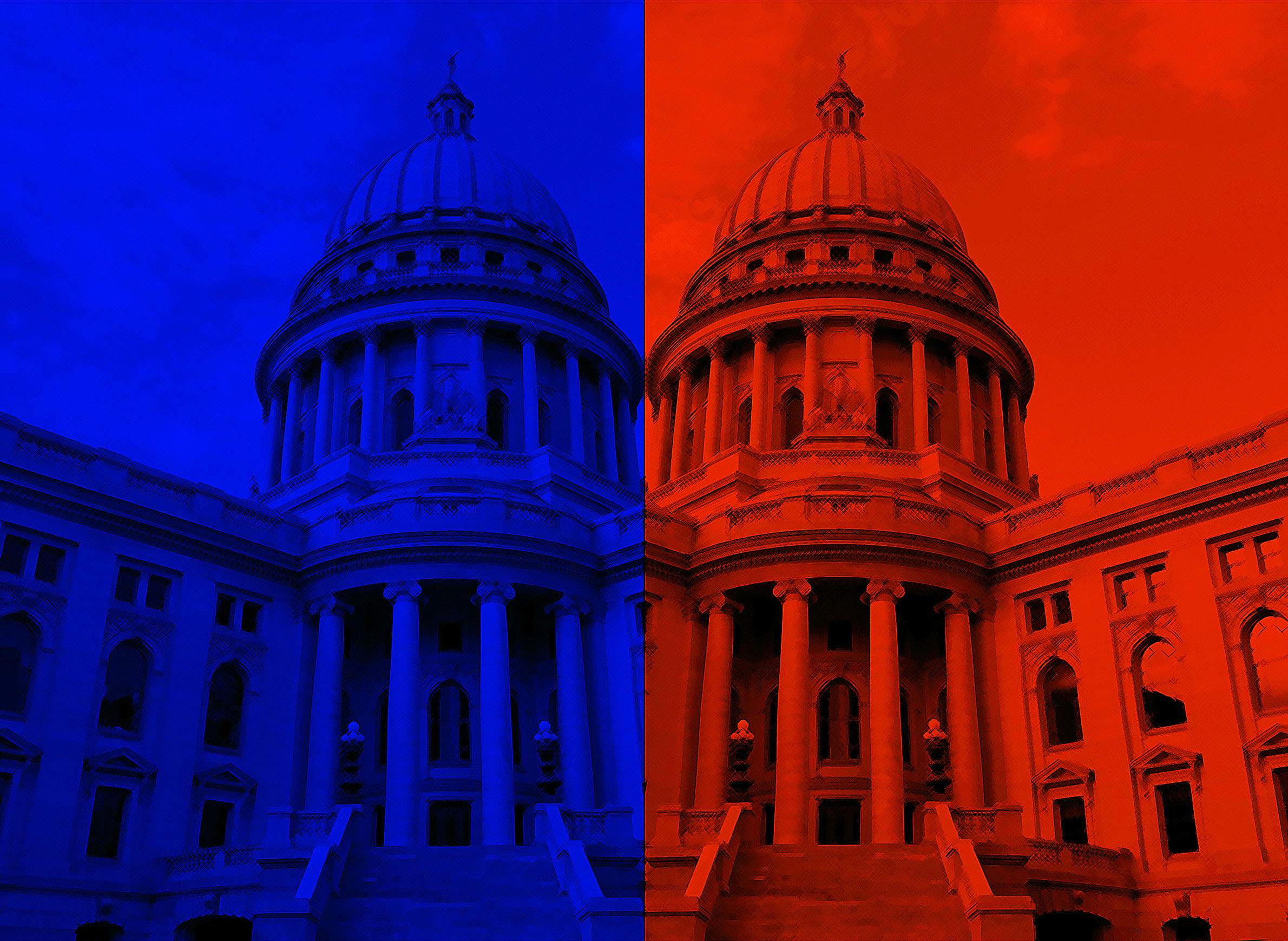 Talk of political polarization — epitomized by the growing divide between Republicans and Democrats — is ubiquitous these days. Watch the nightly news, read a newspaper article about a political issue or talk to someone about politics, and the topic of polarization will likely come up.

While polarization has long been discussed in terms of national politics, it is also a phenomenon that's more and more visible at the state level. Indeed, many states, including Wisconsin, have seen intense confrontations between Republicans and Democrats play out over the past decade. While evidence shows polarization in Congress "creates stalemate and undermines lawmaking," it may very well be having similar effects in state legislatures that are (or are becoming) polarized.

Many Wisconsinites seem to have an intuition that the state's politics are polarized, but just how much this is happening can be tracked. It is possible to quantify levels of polarization between Republican and Democratic legislators, to track their polarization over time and to compare the level of polarization in Wisconsin to other places. This type of analysis provides a more precise look at just how polarized the state has become.

It is important to understand how polarization can be measured. Political scientists have long calculated polarization in Congress at the national level, but there is also a technique for measuring political polarization in state legislatures. The details are fairly technical, but the basic idea is to use the roll call votes cast by state legislators. Data on how often legislators vote with other legislators allows for the estimation of their ideology, measured on a liberal-conservative scale. Individual data is then aggregated to examine polarization by state, chamber and political party.

The place to begin is with the ideological measures of Republicans and Democrats in the Wisconsin Legislature over the past quarter century. In the figure below, the ideological positions of members of the Republican and Democratic parties in the Wisconsin Legislature are plotted from 1995 (earliest available year in the data set) to 2016 (most recent year of available data). The data are sourced from the American Legislatures project.

In the chart, numbers above zero indicate a more conservative position and numbers below zero indicate a more liberal position. Overall, the measure shows Wisconsin's Republican and Democratic state legislators are quite far apart — if the lines were close together, it would be evidence of less polarized parties.

There has been a steady increase in ideological polarization among state legislators in Wisconsin since the mid-1990s. Republican and Democratic members of the Wisconsin Assembly have grown apart at a slightly faster rate than the Senate, but the two lines are very similar — both chambers have polarized quite a bit in a relatively short period of time.

In general, it is clear that there has been a trend toward increasingly polarization in the Midwest. Most states in the region have become more polarized over time, though Wisconsin has long been one of the most polarized.

Of course, it is possible to move beyond the Midwest and compare polarization in Wisconsin to all of the other states. Wisconsin is currently the 11th most ideologically polarized state in the nation, with Michigan 10th and Minnesota 12th.

The growing polarization among political leaders in state legislatures has become very concerning to some observers. Of course, this has led people to think about ways of reducing polarization.

Many ideas have been brought forward to deal with legislative polarization, but one of the most prominent proposals is the idea of shifting redistricting power from state legislatures to nonpartisan commissions or boards. Interestingly, research by political scientists found "[t]here is no support for the idea … that partisan gerrymandering causes an increase in legislative polarization." While there may be other reasons to move to nonpartisan redistricting, it does not appear nonpartisan redistricting would drastically impact levels of political polarization in state legislatures.

Meanwhile, the effects of polarization are likely not going to be limited to substantive policies and the speed at which they're made. In polarized settings, it's also increasingly likely that one party will seek procedural changes designed to limit the power of the other party. Indeed, in Wisconsin, Republican legislators have proposed a constitutional amendment that would limit the governor's veto power. This move follows a variety of institutional changes made by Republican legislators designed to strip power from the incoming Democratic governor and attorney general immediately after their election in 2018.

In the future, given divided government and growing levels of polarization, Wisconsinites can expect to see more of the policy gridlock and institutional changes the state has been experiencing lately.

Landmark Redistricting Lawsuit Centers On A Novel Concept: The Efficiency Gap
Wisconsin's Politics Foreshadowed A Visceral National Divide
The Hmong Community Marks 40 Years In Wisconsin
Wisconsin Has Only So Much Voter Information To Release
Why 13 Counties All Over Wisconsin Voted Multiple Times For Both Parties Since 2008