More Ups And Downs In Wisconsin's CWD Monitoring In 2016 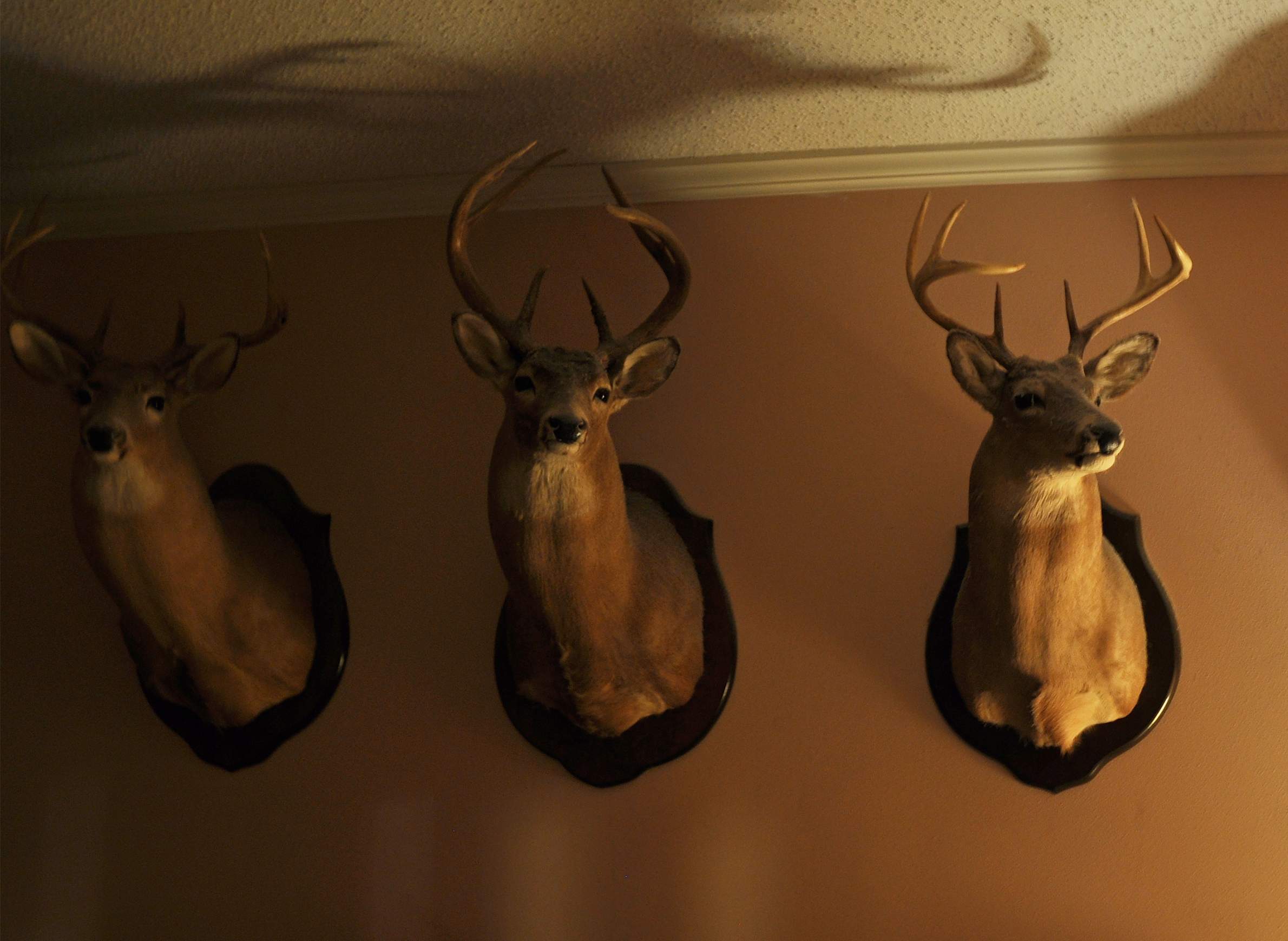 As a new gun deer hunting season gets underway , tissue samples from around the state will pile up at Wisconsin Veterinary Diagnostic Laboratory facilities in Madison. That's where the state test samples from wild deer for chronic wasting disease, an always-fatal neurological disease that is spreading through the Wisconsin's herd.

For the 2016 season, the lab probably won't even break a sweat. The Wisconsin Department of Natural Resources, which regulates deer hunting and pays for the sample, has asked for tests to cover between 4,000 and 6,000 samples. The lab is a well-equipped national center for animal disease monitoring — if it gets 5,000 samples, it can probably test them all within two weeks, said Dan Barr, its pathology sciences management supervisor.

"We're set up with enough instrumentation to process, very easily, 360 samples per day with the ELISA [enzyme-linked immunosorbent assay] test, which is the rapid screening test that we use," he said. The first results should be turned around within 24 hours.

When CWD first became a big concern in Wisconsin in 2002, officials had samples from more than 40,000 deer analyzed — in an effort to cast a statewide net and figure out where deer were and weren't getting infected. Over time, that effort has become more geographically targeted, with sampling efforts honing in on specific areas where infected deer have been found, and adjacent areas where the disease might spread.

Since 1999, the state of Wisconsin has been monitoring deer for CWD, and has analyzed tissue samples from 194,728 deer and had 3,193 test positive. However, more than half of those positives have been since 2010, a time the state has been testing a few thousand deer per year, rather than tens of thousands as it did between 2002 and 2006. Richards thinks this almost certainly means that CWD is spreading in Wisconsin, and some hunters' advocates agree with this assessment, at least to a point.

Between 2007 and 2015, the number of deer tested averaged about 7,000 per year. But over the past decade, Barr said, the DNR has had a decreasing budget for testing, so the number conducted every autumn has steadily gone down. Even with sample numbers dropping, though, the state is detecting consistent increases over time in the total numbers — not just percentages — of infected deer. And CWD increasingly is a statewide problem: Deer from 20 counties have tested positive for the disease. The highest concentrations have been in southern Wisconsin, but CWD has popped up in multiple northern counties, including Washburn and, most recently, Oconto. (Note that "sampling" numbers reflect the amount of tissue specimens the state gathers; usually it tests all or nearly all of them, but "testing" refers to samples that have actually gone through a lab procedure.)

Sampling and testing are two stages in the CWD monitoring process. The former references collecting tissue from a deer and submitting it, while the latter references assessing the sample in the lab to determine infection. Some years all samples are tested while in others a few are not.

The state's CWD picture shifts over time, because the DNR will try to focus on different hot spots from year to year. The agency sets higher goals for the samples it wants to collect in certain parts of the state, especially within southern Wisconsin, explained Tami Ryan, the DNR's wildlife health section chief.

"We tend to rotate around that perimeter of that zone to see if we detect disease expansion," she said.

The sampling depends almost entirely upon hunters voluntarily submitting their deer for DNR sampling. Hunters can submit tissue samples via licensed veterinarians and through sampling stations the DNR sets up during the hunting season. The DNR will tests deer killed by cars in specific areas of the state, and taxidermists can help out as well, because the tissues generally tested for CWD come from a deer's head and neck. State officials also sometimes work with landowners in CWD-affected areas, granting them special permits to kill deer in the hopes of gathering more samples, Ryan said.

In previous years, the DNR has offered financial incentives for hunters to send in samples, but has since decided those weren't very effective, Ryan said. Starting in 2015, the agency began setting up "self-service kiosks" where hunters can drop off deer heads, and expects to have more than 30 around the state for the 2016 season. Ryan added that the DNR is also working with about 50 hunters to pilot a new self-sampling kit that comes with appropriate tools and an instructional video on how to extract the necessary tissues and send them to the Wisconsin Veterinary Diagnostic Laboratory.

Also new in 2016 is an increased emphasis on cooperating with Iowa and Minnesota on CWD. In February, the Iowa Department of Natural Resources detected the disease in Allamakee County, just across the Mississippi River from Wisconsin's Crawford and Vernon counties. Both of those Wisconsin counties, along with Grant County immediately to their south, already have CWD-positive deer, and monitors are concerned this southwestern Wisconsin hotspot of infections could expand. The river acts as something of a natural buffer, Ryan noted, but deer have been known to swim across it.

Ryan admitted that relying on voluntary tissue submissions makes it hard for the DNR to set consistent sampling goals.

"We certainly have had years where — so, first of all, we're not like setting a hard goal, it's just what we hope to achieve — and if we get there great, and if it takes us more than a year to get there, that's OK," she said.

Bryan Richards, a CWD expert with the U.S. Geological Survey, doesn't fault the DNR for having to work with the budget the state legislature gives it, and praises the Wisconsin Veterinary Diagnostic Laboratory for getting results on large numbers of CWD samples in days, whereas some labs can take weeks or months. He said now is the wrong time to be scaling back testing.

"As the geographic scope of the disease expands and the amount of surveillance you're able to do declines, you're forced to make some choices about, 'Where and what intensity of sampling can we afford based on the budget we're given?'" Richards said.

Even when DNR sampling catches the disease spreading to a new county, it might not tell the whole story of CWD's impact in that area. For instance, in 2015, Crawford County turned up one CWD-positive result — its first — but only 29 deer from that county were tested.

"That level of sampling really does not give you a reasonable picture of what's going on in the county," Richards said.

Additionally, each year's numbers represent a different geographic emphasis, as the DNR rotates through specific areas it would like a closer look at. This means the percentage of samples that test positive from year to year don't really represent a statewide disease rate that can reveal trends over time.

Barr, from the state lab, said it makes sense to target specific geographic hotspots for testing, but it would still be valuable to have more statewide data.

"No matter what problem you're looking at, if you can target specific areas, that makes it easier, but then if you're not looking for something you can't find it," he said. "That's the logic that I would follow — I think that would give you the best snapshot."

Even if the state did have the budget to cast a really wide net in its testing each year, it would still run up against the logistical limitations of finding CWD-infected deer. The disease kills pretty quickly once it sets in the animal, so even an avid hunter isn't all that likely to encounter a deer while it's showing visible symptoms like emaciation and loss of coordination. If a person runs across a deer carcass that's even a week old, it might be too bloated and decomposed to detect the disease. However, one symptom is excessive thirst, so infected deer are occasionally found lingering around ponds or birdbaths.

And there's a human factor.

"Certain hunters may have shot a sick deer, and since they don't want CWD to be a problem in their area, they don't get [it] tested," Barr said. "I've heard that anecdotal situation talked about at a lot of planning meetings."

Barr added that he does not know how often hunters refraining from getting their harvest tested actually happens. Still, the holes in the monitoring of CWD perhaps contribute to doubts that it's a problem, as wel as to what the Green Bay Press-Gazette recently called the state's "low-key approach" to combating the disease.

"There's a lot of people out there who don't agree that CWD is a major threat in the deer herd in Wisconsin or the US or the world," he said. "However, unless there is a pile of sick or dead deer somewhere that people can be shocked and awed with, it's never really going to come to the forefront."