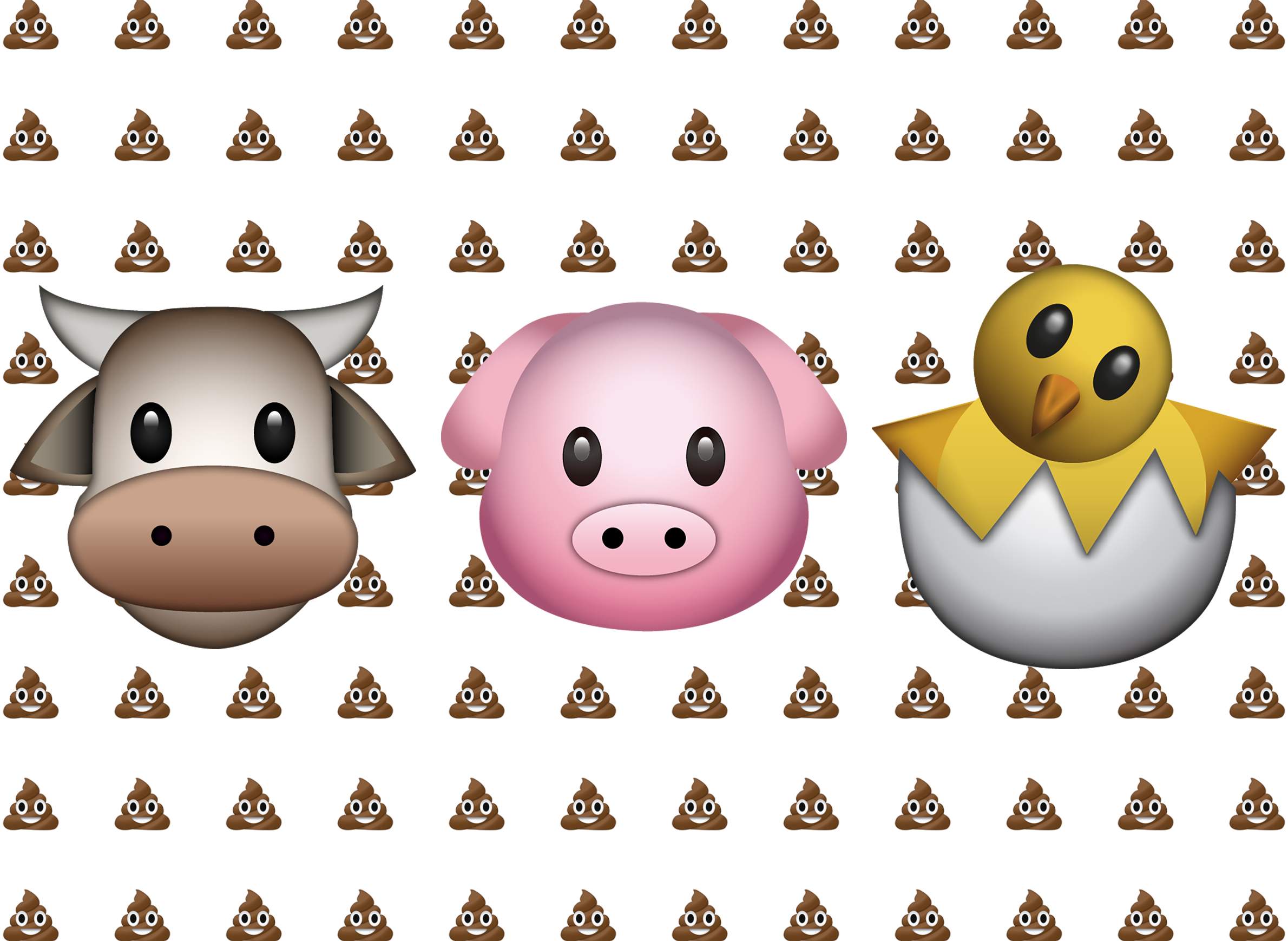 Large livestock and poultry farms generate complaints for the stenches they can produce. But do any stink more than the others?

In Wisconsin, where dairy reigns supreme, such strong odors are often associated with large dairy cow operations. Across the Mississippi in Iowa, the abundance of hog farms is a significant source of stink. And over in Minnesota, those who experience the aroma of giant poultry farms may regard the odorous output of chickens or turkeys as the smelliest.

Who is right? Or are the stinky reputations equally deserved?

The answer is, like much of life, complicated. Many factors beyond a farm animal's species contribute to the profile and intensity of the aromas drifting downwind.

And yet, research in the Midwest and beyond has identified some notable differences between the odors farm animals produce. Because they largely originate in their waste, these odors depend in part on the animals' diets and the bacterial menagerie native to their digestive systems. The olfactory impact of these odors also depends on the design of a barn and manure storage, and on a person's proximity to the stinky action.

Attempts to limit the impacts of farm odors on neighbors is a whole area of regulation in Wisconsin. These regulatory measures are controversial, though, and have not alleviated one type of conflict between some of the state's largest farms, often known as CAFOs, and their neighbors.

Some odorants — the molecular compounds that produce odors — are common to all livestock and poultry farms, but may be present in manure at various levels depending on the species.

Take ammonia, for example. It's a mixture of nitrogen and hydrogen and a common metabolic byproduct found in animal urine and feces (collectively called manure). When it escapes from manure, gaseous ammonia has a distinctive chemical odor, sometimes compared to bleach or chlorine. It’s a smell that might be widely, if not universally, perceived as unpleasant.

In the late 1990s and 2000s, researchers in northern Europe and Minnesota found that emissions of gaseous ammonia varied widely between dairy, swine and poultry operations. Some of the variation was seasonal — emissions were generally higher among all farms during warmer months — but the researchers also noted differences based on species. Namely, on a per-animal-weight basis, poultry far and away produced the most ammonia emissions.

However, when the researchers compared emissions based on the size of the barns housing the animals, pig barns produced three times more ammonia emissions than similarly sized poultry barns and six times more than equivalent dairy barns. No matter how they compared the emissions, dairy cattle produced the least amount of the gas.

Another common manure gas that produces unpleasant odors is hydrogen sulfide. Thanks to the sulfur in it, this gas is behind the common complaint of livestock odors that smell like "rotten eggs." The same studies of the emissions wafting from dairy, swine and poultry operations again showed pig farms again generally produce more of the smelly gas, both based on animal weight and barn size. 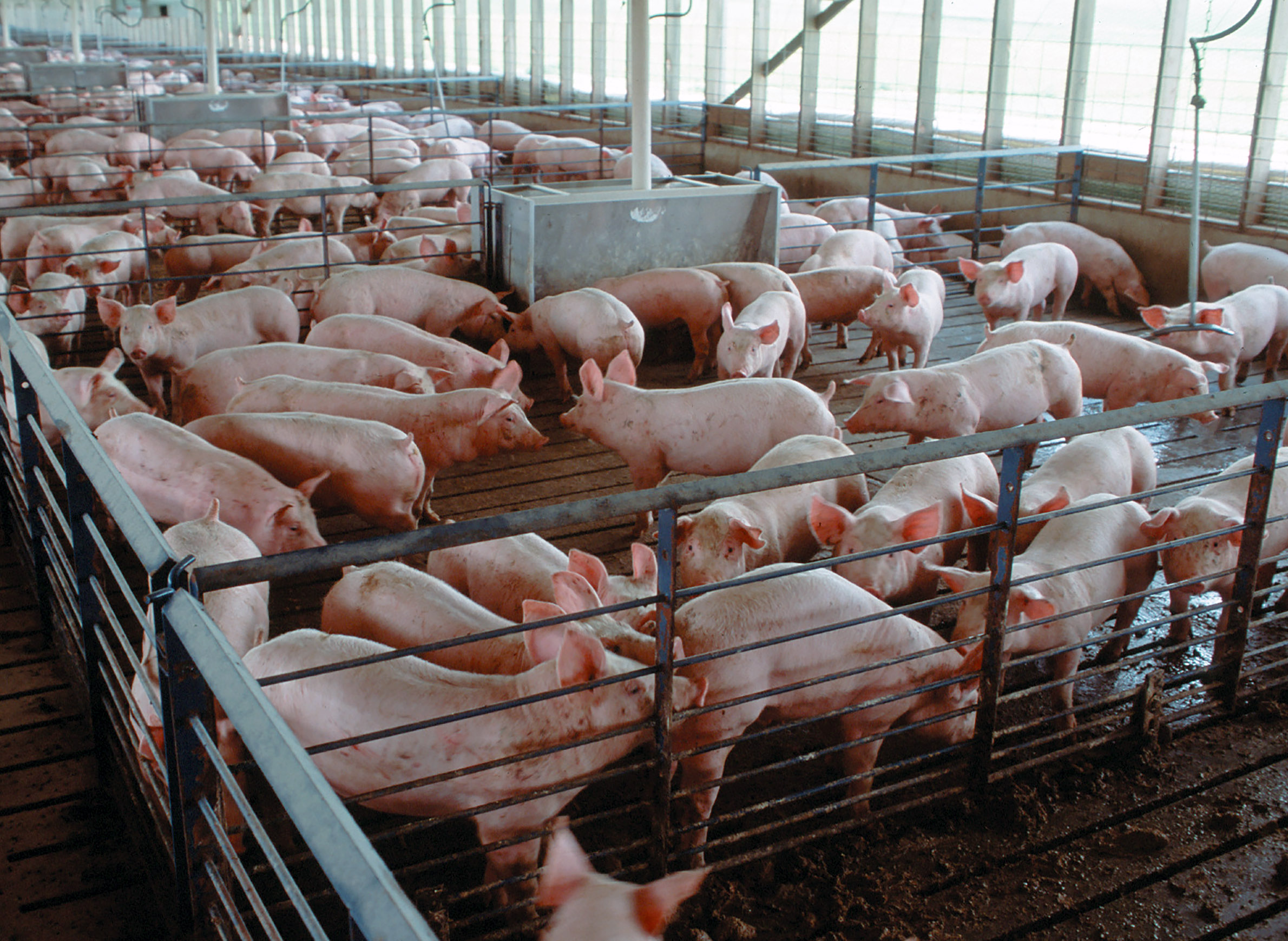 Bob Nichols/U.S. Department of Agriculture
Like other livestock, pigs produce a cocktail of odorous gases and organic compounds, though in often higher concentrations.

Ammonia and hydrogen sulfide may be two of the primary culprits behind livestock odors, but the bacteria in manure also contribute to hundreds of odorous volatile organic compounds. And some of these compounds are extremely smelly.

As an example, consider the phenol compound group and a derivative known as p-cresol. The compounds are byproducts of bacteria found in the digestive tracts of many animal species, including humans, and are closely associated with classic feces odors. They're also quite powerful, producing recognizable odors at extremely low concentrations.

"It's recognizable at very low parts per billion concentrations," he said. "That means kind of like a teaspoon in an ocean dilution ratio."

It therefore doesn't take much p-cresol or similar odorous compounds to raise a stink in the air. Koziel co-authored a 2012 study based on dairy and swine operations in the Midwest finding that p-cresol ranked behind only hydrogen sulfide in its contribution to pig farm odors. Several other compounds also ranked highly, while ammonia made up a relatively small portion of the pig odor cocktail.

The odors emanating from dairy operations in that study, on the other hand, were mostly dominated by hydrogen sulfide. 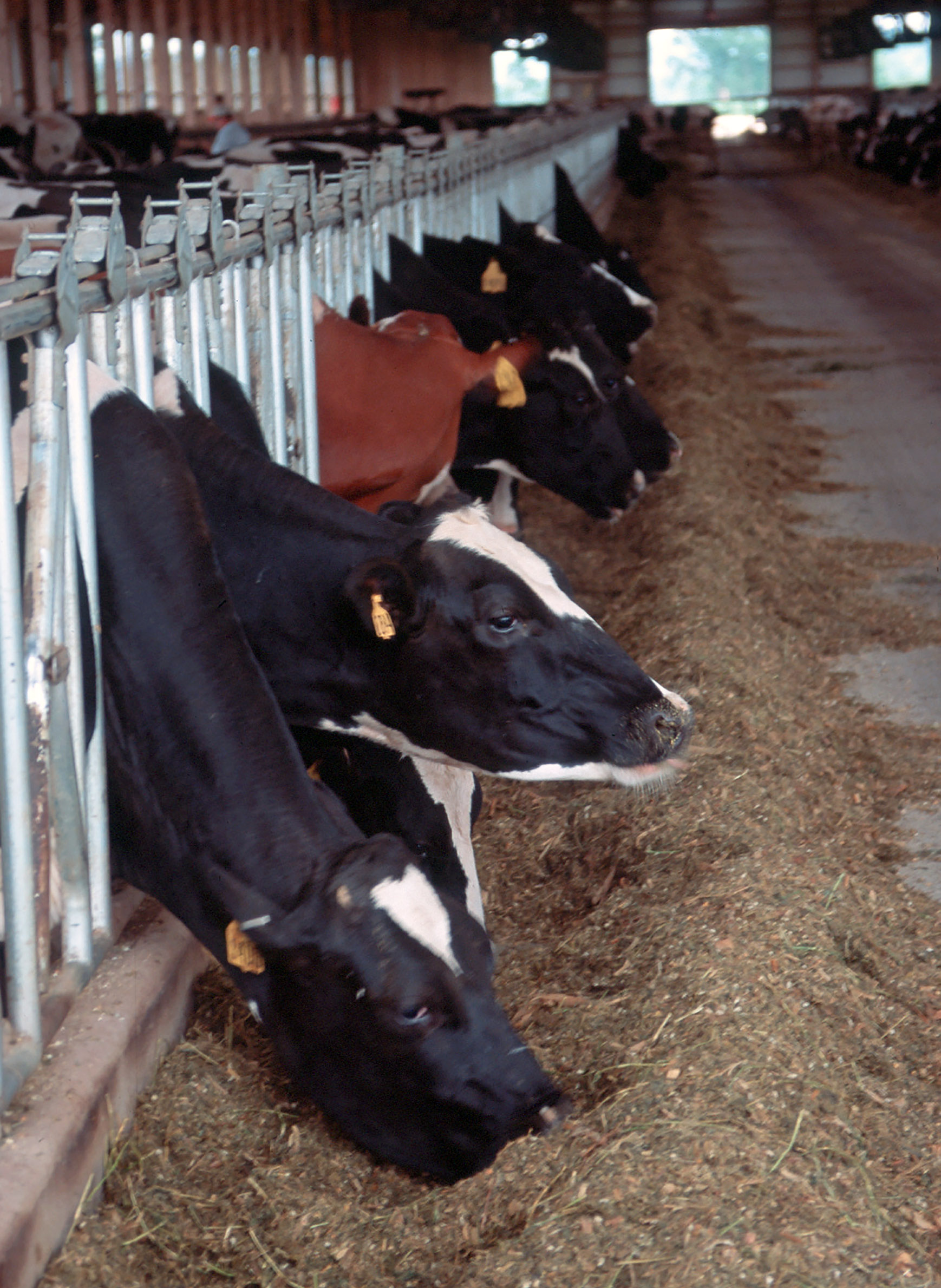 Bob Nichols/U.S. Department of Agriculture
Cow feeding operations can produce odors that are reminiscent of "rotten eggs," thanks to the hydrogen sulfide in the animals' manure.

So, can a case be made that pigs are indeed stinkier than other farm animals common in Wisconsin? In terms of the odorants they produce, perhaps, though there are many complicating factors.

A 2018 study of pig farms in South Korea found that changes to the mix of proteins in the animals' diet had a significant effect on the concentrations of odorous compounds present in their manure. Additionally, other research has found farm dust is an ideal conveyor of odorous molecules, so the amount of dust kicked up at an operation may also be an important odor variable. This factor is relevant in that some types of farms, particularly poultry operations, are known to produce more dust, in part thanks to the birds' manure — it's drier than that of pigs or cattle.

In the end, though, there really is no single answer to the question of which farm animal produces the most unpleasant odors. The answers are inevitably tied to individual experiences and sensitivities: A smell that disgusts one person may be inoffensive or even pleasant to another.

The experience of farm odors is thus truly in the, er, nose of the sniffer.

How To Smell A CAFO
Why Wisconsin's Livestock Farms Are Growing In Size
Spring Is The Season For Avian Influenza Infections Among Poultry
What Is Wisconsin's 'Right-To-Farm' Law And Who Does It Protect?
Wisconsin Is America's Dairy Goat Land